The 2018 NRL season comes to an end on Sunday evening when the top two sides, Melbourne Storm and the Sydney Roosters, square off to determine the best side.

Both sides have had their fair share of dramas to overcome this week. Melbourne’s superstar fullback Billy Slater managed to have a 1 week suspension for a shoulder charge overturned, while the Roosters star halfback Cooper Cronk will be fighting to be passed fit in time.

The team at MoneyBall will have a huge $10,000 up for grabs for this game. With a $15 buy-in, it’s one of the most lucrative NRL Grand Final fantasy contests to enter.

However the biggest contest will be at DraftStars who have a huge $30,000 on the line, also with a $15 buy-in.

Tedesco is the most expensive back at DraftStars, coming with a price tag of $13,800. However he also has both the best season average of 50.7 and recent form average of 65.5. His team mate Latrell Mitchell will also provide good value as he’s had 2 weeks off to freshen up, while also being the Roosters goal kicker and second best try scorer for the year.

Slater has a season average of 36.3 and costs a very reasonable $10,180. However his performance last week in his last ever game on home soil saw him rack up 78 points, double his season average. It was the second time in his last 3 games that he surpassed 70. With this being his last ever game, and Slater being well known for producing his best in big games, he will be out to end his career on a high. Roosters backs Daniel Tupou and Joseph Manu have been in scintillating form during the finals and are both at good prices of $9,100 and $9,590 respectively. Both are averaging around 47.5 in their last 3 games, at least 14 points higher than their season averages.

While Scott’s scores have been consistent all year, his average of 29.2 is just not high enough to warrant selection. He’s had just 2 scores in 23 games this year over 40. While he won’t break the bank with his price of $8,550, the likes of Tupou and Manu look to offer better scoring options for a slightly higher price. Will Chambers has been very quiet in the finals, averaging just 24.3 in the two games, down on his season average of 28.1. Chambers has struggled against Latrell Mitchell in their recent encounters.

Keary isn’t known for pumping out huge scores, largely due to the existence of Cooper Cronk as his halves partner. However Cronk injured his shoulder during last weeks game and Keary took charge, scoring 47.8, well up on his average of 36 for the year. If Cronk plays, he will still be hampered by his injured shoulder, meaning whether Cronk plays or not, Keary will be busier than usual.

After scoring a season high 76.2, Cronk followed up with an injury marred score of 7.9 last week. He has been named on an extended bench so isn’t a certainty to play, but expected to. He will be playing injured and against a team that knows him better than any. He will be targeted heavily.

The consummate professional. Many will never forget his phenomenal performance in a losing Grand Final side in 2016, where he made a mountain of tackles yet still played a significant role in attack. He has an average of 61.3 for the year and has averaged 59.3 over the last 4 games. He does come at a cost, $16,340 in fact, but given the return and his big game performance, it wouldn’t be wasted money. His team mate Dale Finucane is also rock solid with his consistently good scores and 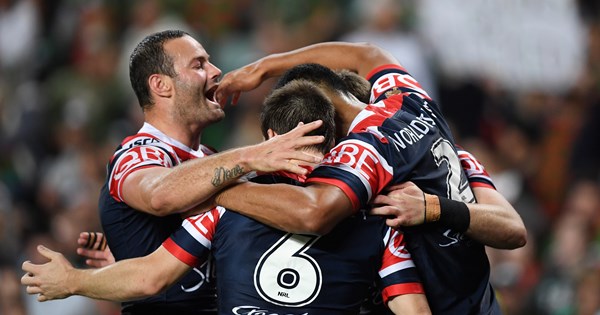