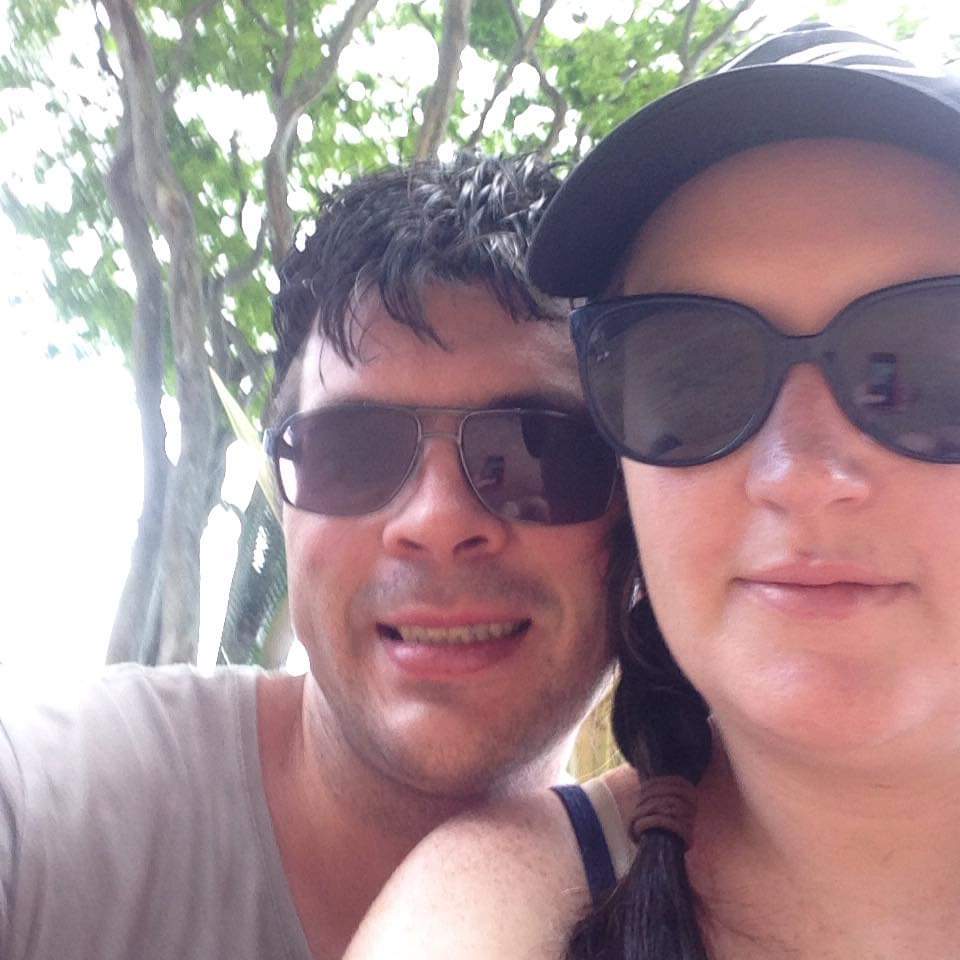 The Draftstars “Biggest Bash” contest kicked off on the start of BBL08 with the first ticket up for grabs in a $2 qualifying contest on the Brisbane Heat v Adelaide Strikers match. 2,190 lineups were entered to grab the coveted entry to the live final but it was a DFS newcomer with a solitary $2 entry who notched up the top score and booked his ticket to Melbourne.

Jason Knox, or better known on Draftstars as “Knoxinator”, is from Brisbane and works as a Scheduler with Telstra. He is also the first qualifier to the “Biggest Bash” live final which earns him flights to Melbourne, accommodation at Crown Casino, two tickets to the VIP event at Club 23 on game night and the chance to compete for first prize of $50,000!

While DFS is often considered a hunting ground for those with algorithms, fancy computer programs and a stack of lineups, Knox shows this isn’t necessarily the case. Knox signed up with Draftstars a year ago after becoming aware of the site through his mates in a Facebook group called #puntr, but has only played the free games in that time. While he also plays NRL, cricket is his favourite sport (if it wasn’t before, it definitely is now!) and he played junior cricket for Brisbane South’s before hanging up the boots after the birth of his first child.

The Heat v Strikers qualifier was Knox’s first foray into paid games and he did so with a single $2 lineup, which astonishingly beat the biggest field seen so far in Biggest Bash qualifiers. He nailed the two highest scoring players in the match – the Strikers’ pair of Alex Carey and Rashid Khan – but the key to his winning lineup was the depth of his team, with Matthew Short, James Pattinson, Mujeeb Ur Rahman and Joe Burns all returning excellent value. Throw in a cheeky 24 for Wells at a minimum price and Jason had a team 13 points clear of the rest of the field. 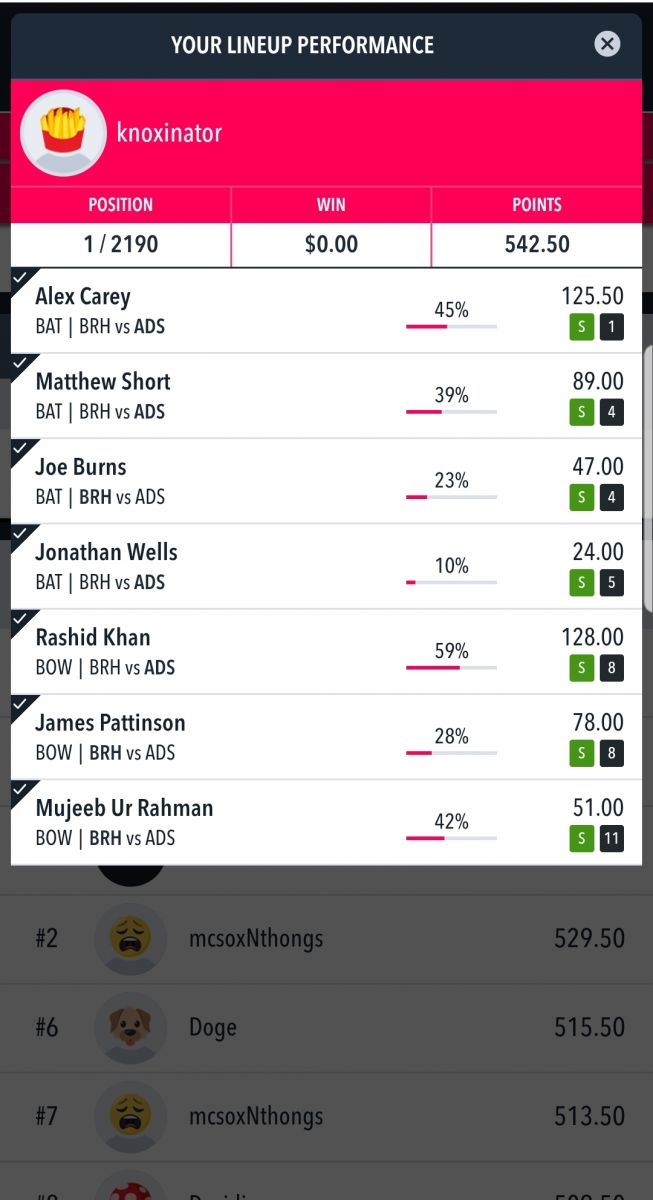 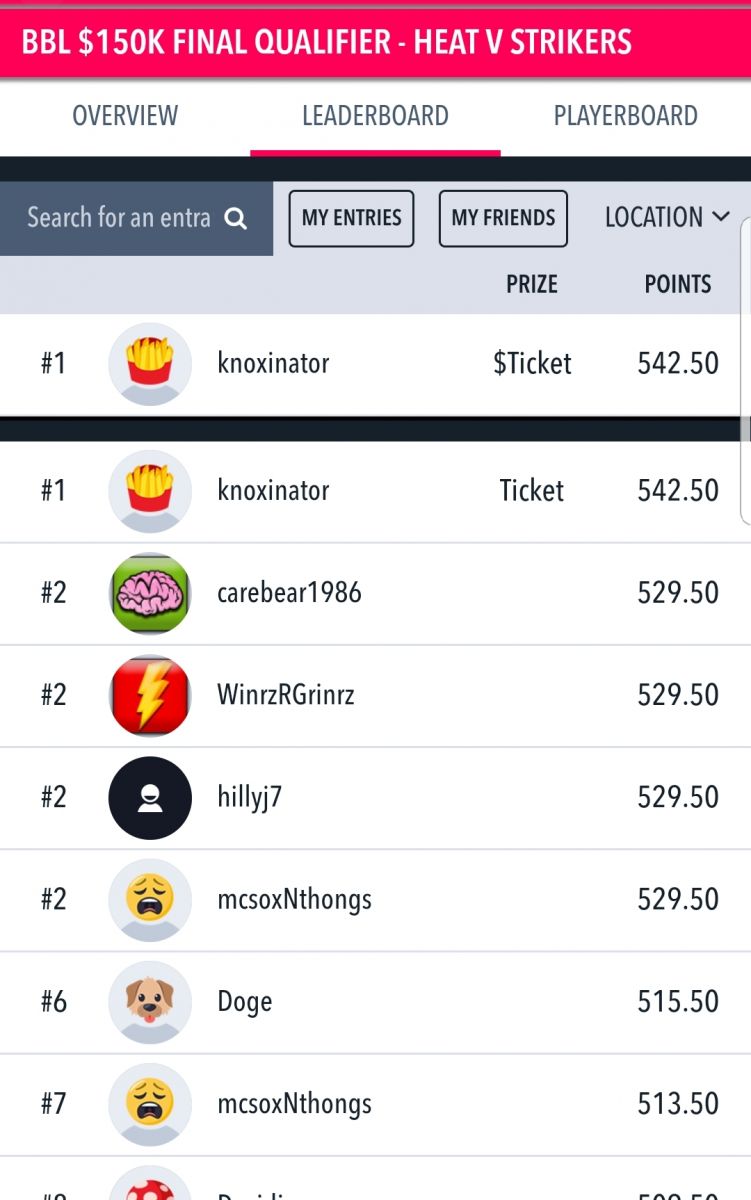 Not that he knew until after the match finished, mind you! Knox told us of the exciting moment he realised he was going to be travelling all expenses paid to Melbourne:

“I was at home and had the phone on charge so didn’t realise I won until the game had completed.  When I went to my room I saw I had heaps of messages from the #puntr crew saying congrats! I looked on Draftstars knowing I had Carey and Khan so I knew I was in with a chance.”

Knox’s favourite thing about DFS is the thrill of not having to wait weeks to win and his qualifying win here is a great example. It’s also a great example of how DFS can give people the experience of a lifetime for just a small outlay. When pressed on who he plans to take as his guest to the VIP event on the night of the Big Bash final, he told us:

“I’m going to take my old man, but he has never flown before so it will be interesting!”

What an amazing story! Jason, congratulations from everyone here at Daily Fantasy Rankings and we look forward to seeing you at the Draftstars “Biggest Bash” Live Final on February 17!

Want to join Jason at Club 23, playing for a share of $150,000? Check out our full run down of the “Biggest Bash” contest and start playing the $2 qualifying tournaments running on every home and away match of the BBL08 season on Draftstars!