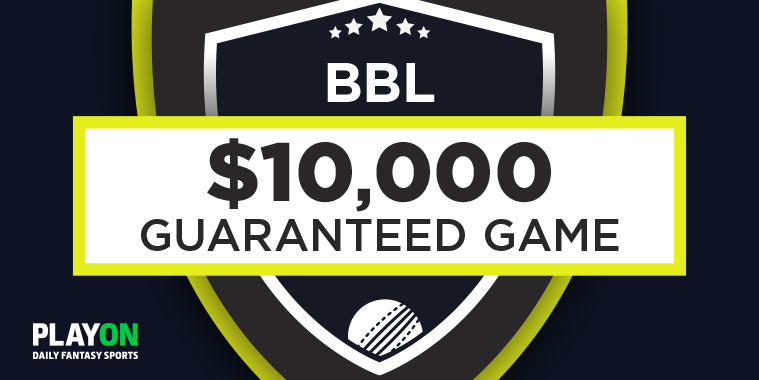 The Big Bash League is in full swing and thousands of dollars in prize money has been won in daily fantasy cricket contests around Australia so far this BBL08 season.

The action has been fierce at PlayON with $500 prize pools on offer for every match of the BBL08 season and several DFR players doing very well. PlayON also have daily qualifiers where you can win your way into the $10,000 Guaranteed Big Bash Final at the end of the season.

To get you involved in the BBL action, we’re bringing you a special promotion at PlayON for the Hurricanes against the Scorchers this Sunday night.

We’re running a Special BBL Qualifier that will award the winner of the contest a ticket into the $10,000 Guaranteed Big Bash Final. Entry into the qualifier is just $5.

But in addition, anyone who finishes ahead of our expert picks will win their money back. Keep an eye out for the “Daily Fantasy Rankings” account in the tournament lobby and if you score more points than us, you’ll get your $5 back!

To give you a helping hand, here’s our line up for the match: 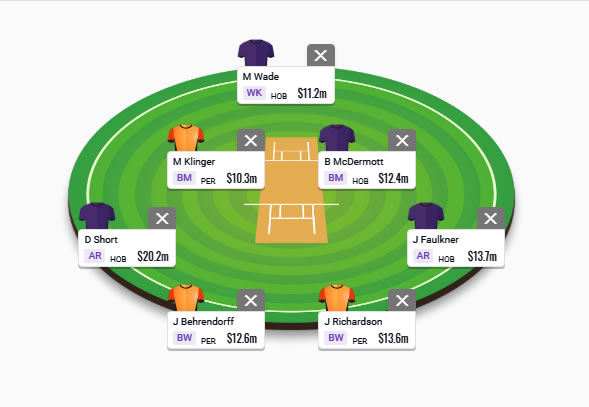 For the wicketkeeper, it’s hard to go past the in-form Matthew Wade, and for the batsmen, we’re going to back Michael Klinger to rediscover some form, along with young gun Ben McDermott. Lots of options for the all-rounders, but we’re going to stick with D’Arcy Short who is smashing it at the moment, as well as James Faulkner who is in the action bowling the death overs. The bowlers pose some difficult decisions but Jason Behrendorff and Jhye Richardson are the form bowlers of the Scorchers and can hopefully rack up plenty of fantasy points!

What do you think of our selections? Think you can do better? If so, then jump into our Special BBL Qualifier contest and take us on! It should be a lot of fun you have a chance to win your way into the $10,000 Guaranteed Big Bash Final for just a $5 entry fee. Head to PlayON today and get amongst the BBL action!