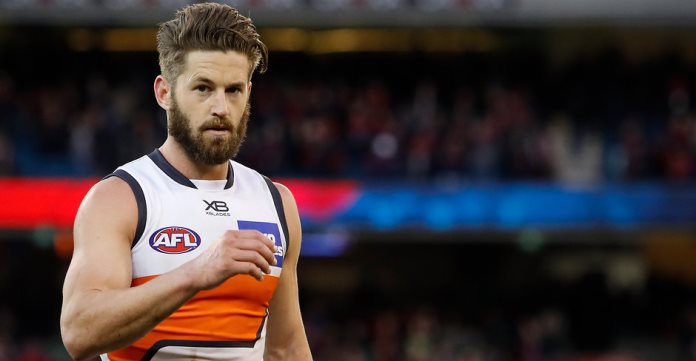 The Second Elimination Final of the AFL Finals series will be a huge local derby between the Sydney Swans and the Greater Western Sydney Giants. Both had tough games last week, which saw Sydney go down to top 4 side Hawthorn in a narrow 9 point loss, while GWS were hammered by fellow top 8 side Melbourne 102-57.

As you’d expect, there are plenty of DFS sites with good prize money on offer for all games during the AFL Finals series. At MoneyBall they have a $2,000 contest with a $15 buy-in. PlayOn will be offering chances to win a seat in their $5,000 Grand Final Contest.

But it’s DraftStars who are putting up the biggest prize for this match, a $40,000 prize pool where the winner will cash just over $5,000!

Here we have two sides that know each other well, so there shouldn’t be too many surprises coming our way. Lachie Whitfield will get tagged again, given the Swans limited him to scores of just 65 and 72 in Rounds 3 and 22 respectively, a long way down on his season average of 100.

This tag will come from a defensive forward leaving the George Hewett tag still available for Josh Kelly. Held to just 67 last week by Harmes, I have little doubt that Sydney will attempt to negate his impact on the game.

This will leave Callan Ward and Stephen Coniglio free to go 100+. Ward notched scores of 108 and 123 v Sydney so far this year while Coniglio racked up 111 and 94.

With Zac Williams available at the basement price of $5,000, no player is too expensive to consider in this contest. 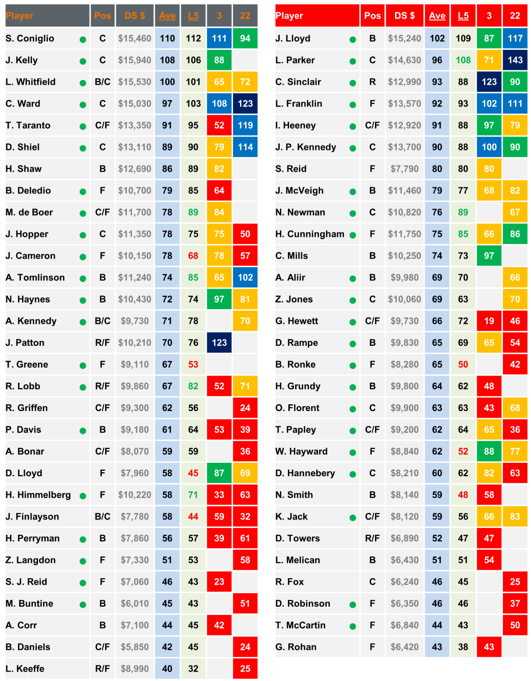 According to the DFR FB Rank, both GWS (18th) and Sydney (15th) are two of the stingiest sides to opposition midfielders. In a big final however, stats compiled throughout the season fail to suggest the lift that certain players receive when September arrives.

Luke Parker returns to the Sydney side fresh of a two week break. With a season high score of 143 in his last game, which happened to be against GWS, Parker must be considered.

At DFR FB, we look at the total points against that a team concedes by position, but also analyse how these points are distributed within that position, with our Top 3 and Bottom 3 analysis. Whilst GWS are mid-table for points against to Top 3 backs, a Top 1 analysis would have them as one of the more favorable sides, opening the door for the inform Jake Lloyd. With a last 3 game log of 117, 117 and 126, Lloyd is set for another 100+ outing. He also provides a nice option for team builds if you need to shift money from the midfield to the backline.

Despite being a strong contributor, Callum Sinclair struggles when it comes to the tap work side of playing ruck (very similar to Nankervis).

Sydney/Sinclair rank as the 4th most favorable matchup for points against to opposition #1 rucks.

Having said this, Lobb is no world beater in the ruck either which leaves the door open to utilise Lobb’s forward status and play both big men.

Below is your cheat sheet for all players in this clash between Sydney and Greater Western Sydney. 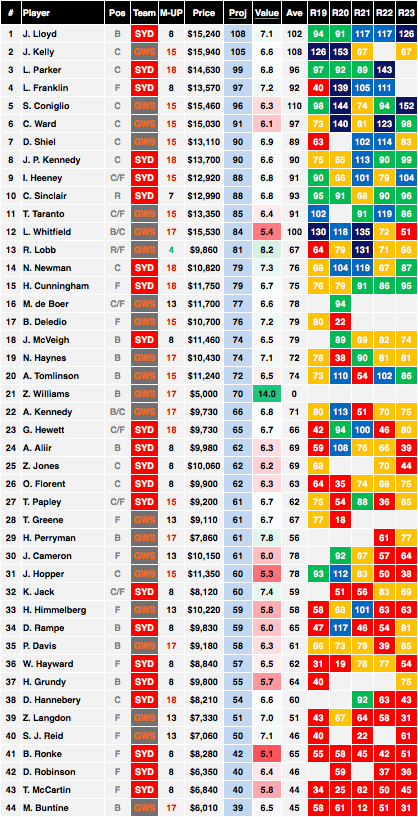