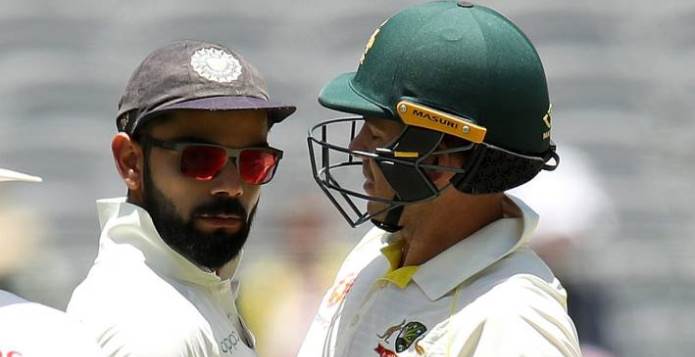 The iconic Boxing Day Test will begin on Wednesday at the MCG, with both sides requiring a victory to avoid losing the series.

Australia broke through for a solid win in the second test against India to level the series at 1 win apiece. Their 146 run win was spearheaded by Australian spinner Nathan Lyon, who bagged 8 wickets for the match.

As was the case in the first two tests, the third test at the MCG will have a drop-in pitch. Australia has lost just 4 of their last 29 Tests at the MCG, dating back to 1989. India has only had two wins at the MCG, in 1977 and 1981. India has also never won a Test series in Australia.

The team at MoneyBall have a number of contests available, the biggest of which has a $2,000 prize pool, with a $15 buy-in. However it is DraftStars with $7,000 in prize money on the line (for a $15 entry fee), that we will be focussing on.

Indian keeper Rishabh Pant is an aggressive lower order batsman and an outstanding keeper, meaning he is a good chance to score strongly every time he plays. He isn’t cheap though, costing $17,500, however with scores of 163 and 126 in the first two tests for an average of 144.5, he is one of the consistently high scoring players.

Similarly, Australia’s captain and keeper Tim Paine is well worth a look due to his form with the bat and excellent skills behind the stumps. At $12,200, he is relatively cheap, especially given he is Australia’s highest fantasy scorer and in the top 5 fantasy scorers for this series, at 110.5.

With the deck expected to be flatter and more batsman friendly in Melbourne, expect players in Australia’s top order to score better. Usman Khawaja costs $15,600 and has averaged 76.5 so far, but has yet to hit top form, while Aaron Finch ($10,700) has struggled with the bat as well, but could find the MCG conditions more to his liking.

Virat Kohli was challenged in the 2nd test and will have too much pride to not come out snarling in this test. At a price of $22,000 he is a risky play, but the scene is set for a Kohli masterclass.

Nathan Lyon has been the stand out bowler so far and comes into this test with the highest fantasy average of all players from both sides, at an impressive 238.0. While he is priced at an expensive $19,000, he projects as clearly the leading Australian bowler once again.

Indian all-rounders Umesh Yadav (Average of 43.0 and costs $8,000) and Hanuma Vihari (average of 98.0 and costs $9,900) are both solid options, as their scores thus far have come from their bowling. With a more friendly batting deck expected, they could prove to be astute budget buys.