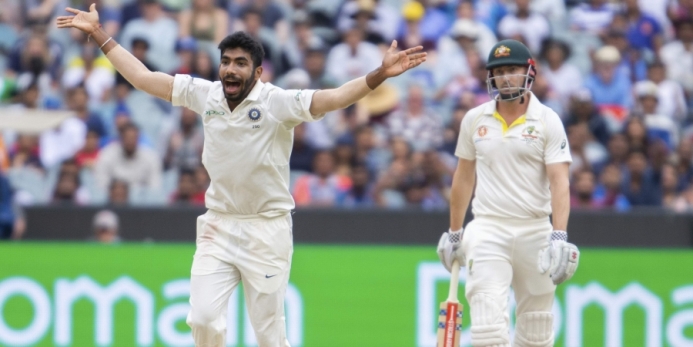 The fourth and final test of the series between Australia and India will get underway on Thursday, January 3 at the legendary Sydney Cricket Ground.

India need just a draw to secure their first ever series victory on Australian soil, while Australia needs a win and nothing less to level the series and avoid defeat.

The SCG pitch, unlike those used in the past three tests, is not a drop-in wicket. It is traditionally known as a wicket that favours spin bowlers more and more as the match progresses.

Mayank Agarwal had a stunning performance in the Third Test, racking up 158 points. He costs a very reasonable $12,400 and is well worth considering. He’s in form against a desperate side on a pitch that suits his batting style.

The Indian keeper Rishabh Pant is another great option. At a price of $14,000, the keeper has been in fine form with the gloves and has the ability to pile on fast runs down in the order.

Both captains are also hard to ignore. Tim Paine costs $12,200 and provides the double bonus of being a competent batsman as well as wicket-keeper. Given the Australian top order has failed to compile decent totals, Paine has been getting plenty of time at the crease.

Virat Kohli is expensive at $18,800 but given his career record, it is easy to see why. He is well overdue a big score and with a maiden series win in Australia within reach, expect him to pull out a big performance here.

The stand out bowlers for both sides have been Nathan Lyon and Jaspit Bumrah. Lyon costs $18,300 but has averaged 164.3, while Bumrah is slightly cheaper at $16,100 and averaging an impressive 153.7.

With spin being most successful on this wicket, it’s worth looking at all spin options here. Ravindra Jadeja costs a lofty $18,000 but has managed to average 119 so far.

Hanuma Vihari costs a reasonable $9,100 and has an average of 59.5. He scored 98 in the second test before producing just 21 points in the Boxing Day test.

Travis Head could well get a few overs too. The middle order batsman costs $9,800 and has averaged 82.3 this series.

Australian all-rounder Marnus Labuschagne has been added to the Australian squad for this Test. He hasn’t been added to the list of players to choose from yet on DraftStars, but over at MoneyBall he costs $4,100, the cheapest of all available players. He may well be a late, budget priced pick-up.