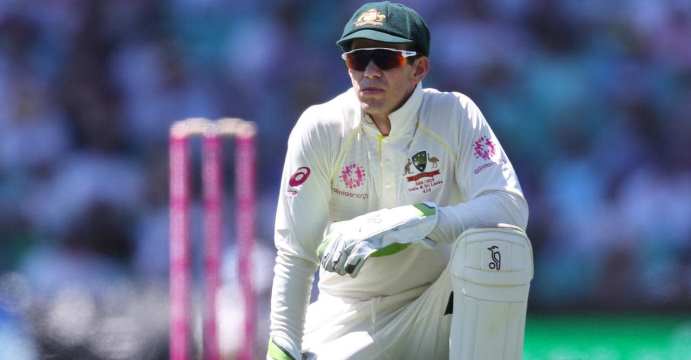 The first of the two match Test Series between Australia and Sri Lanka will get underway on Thursday, January 24 in a Day/Nighter at Brisbane’s Gabba ground.

Australia comes into the series after losing their first ever series against India on home soil in a series that was closer than was originally expected. India won the series 2-1.

Sri Lanka too haven’t been in great form of late, losing 4 of their last Tests, 3 straight against England and then 1 against New Zealand in the second test after the first Test was drawn. Prior to that though, the notched an impressive 2-0 series win over South Africa in July 2018.

Sri Lanka has had just one game to warm up, a 3 day match against the Cricket Australia XI. The match ended in a draw, with none of the Sri Lankan batsmen managing to score a half century in two innings. Their bowlers were also short on form, taking just 8 of the 20 wickets and conceding 540 runs.

MoneyBall is again putting up $2,000 in prizes in their main contest for this game, while DraftStars will have the biggest prize at $7,000 in their major competition. Both contests have a $15 entry fee.

In the Test series against India, Marcus Harris was Australia’s highest run scorer with 258 runs at 36.86. He costs a very reasonable $14,200. The Sri Lankan bowling attack isn’t as dominant as the Indian’s, which should be enough for Harris to score some big runs here.

Sri Lankan opening batsman Dimuth Karunaratne scored 44 in the first innings of Sri Lanka’s game against the CA XI, the highest for the side. He’s the most expensive batsmen here, however he is still very much affordable at $16,200. He has a Test batting average of 37.08 from 56 Tests.

Lahiru Thirimanne is the other opening batsman for the visitors and he was the top scorer in his teams second innings against the CA XI, with a solid 46, after having scored 32 in his first dig. Given his modest Test average of 23.06 after 29 matches, he appears to be somewhat over priced at $14,200, however, he does look to be in reasonable and consistent form.

Australia’s captain and keeper Tim Paine is always a solid option. A keeper who can hang around and knock out a few runs in the middle to lower order is always handy, and at a price of $12,000, he’s good value too.

The Sri Lankan keeper, Niroshan Dickwella, is very similar to Paine. While he can bat higher up the order, his Test average of 30.55 with the bat is down on Paine’s 34.78. He will have more opportunity to score runs and therefore he is a touch more expensive at $12,800.

Kurtis Patterson could well make his debut for Australia in this Test. He scored a pair of unbeaten centuries for CA XI against Sri Lanka, with 157* in the first innings and 102* in the second. If he gets a call up, he will be a great pick up, especially at $12,500.

This is where you will spend some serious cash. Pat Cummins is the most expensive here at $23,200. A wicket taking quick bowler who can punch out some good scores with the bat too. He scored 163 runs at 23.29 in the series against India and took 14 wickets at 27.79. Hard to ignore, even with that price tag.

Dilruwan Perera is the most prominent wicket-taker in this Sri Lankan side, having taken 151 wickets at 32.76. He’s no slouch with the willow either, averaging 19.35. He costs $17,000. His team mate Suranga Lakmal is a pace bowler with 127 Test wickets and should be better suited to the Gabba wicket. He’s worth $15,000.

Dhananjaya de Silva is a batting all-rounder who costs a very appealing $9,500. He has a Test average of 34.74 with the bat and tends to bowl as a part-timer.

Mitchell Starc costs $17,500 yet produced very similar series stats against India with the bat as Cummins, while taking more wickets. He’ll be a real handful on a bouncy Gabba deck.