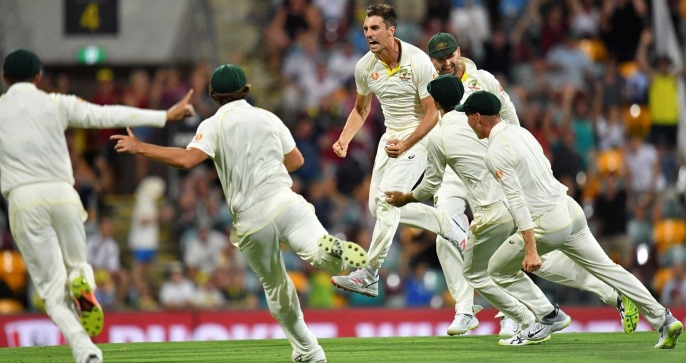 The second Test match between Australia and Sri Lanka gets started on Friday, February 1 at Canberra’s Manuka Oval.

Australia won the opening Test quite emphatically, by an innings and 40 runs, and with two days still left to play. Sri Lanka’s bowling was reasonably good, restricting Australia to 323, however their batting was decimated by the bowling of Pat Cummins and debutant Jhye Richardson. Cummins took 10 wickets and Richardson took 5 to rattle the visitors, who were dismissed for 144 in the first innings and 139 in the second.

Sri Lanka will have an almighty task in the second Test as they will be without opening bowler Lahiru Kumara who was injured in the first Test. Sri Lanka have flown Chamika Karunaratne in to replace the vacancy in the squad.

Daily Fantasy Sports sites such as MoneyBall are running tournaments for this game, however it will again be Draftstars who are putting up the biggest prize pool, with their major contest paying out $5,000 guaranteed, with an entry fee of just $15.

Only two batsmen managed to achieve fantasy scores over 100 in the first test. Australia’s Marnus Labuschagne scored 121 and is worth $15,200 for this match, and Sri Lanka’s keeper-batsman Niroshan Dickwella who racked up 108 points. He’ll be worth $15,900 for this second Test and was the only Sri Lankan batsman to make any impact on the Australian bowlers.

If he can hold his spot in the team, Kurtis Patterson remains a good option after scoring 70 points in his Test debut. He scored a pair of unbeaten tons for the CA XI side in a three-day game against Sri Lanka prior to the first Test. He costs $11,000, which could prove to be a bargain if he can match those numbers.

Travis Head has been Australia’s best run scorer in all Tests this summer and at $14,900 he is hard to ignore. He scored a solid 94 points in the first Test against Sri Lanka, as he top scored with 84 for Australia.

Australian captain and keeper Tim Paine failed with the bat, but still scored a reasonable 50 points from his keeping duties and at $11,500 he is a handy addition without breaking the bank.

After taking 10 wickets in the first Test, Pat Cummins naturally comes into this game with the highest points total (230) and price tag ($24,300). He'll take a fair chunk of your budget, but may still be highly owned.

Australian all-rounder Marcus Stoinis has been called into the squad as cover for the quicks on what is expected to be a flat wicket. He's been in superb form in the BBL with both bat and ball, so if he gets a game, he could provide you with great value on debut at just $12,000.

Jhye Richardson had a stellar debut, with his swing bowling snaring 5 wickets, which saw him score 110 points. He’s now worth a lofty $15,500. The less humid climate in Canberra may reduce the amount of swing he gets, which may see him be slightly less effective.

Kasun Rajitha is a very real possibility of playing given the horror injury toll on Sri Lanka’s pace bowlers. He costs just $8,000 and could well be worth considering as a last minute addition, and would help to offset the purchase of Cummins.

Sri Lankan all-rounder Dhananjaya de Silva is another good budget option who will also get more bowling opportunities in the second Test. He costs $9,400 and scored just 39 points in the first Test.