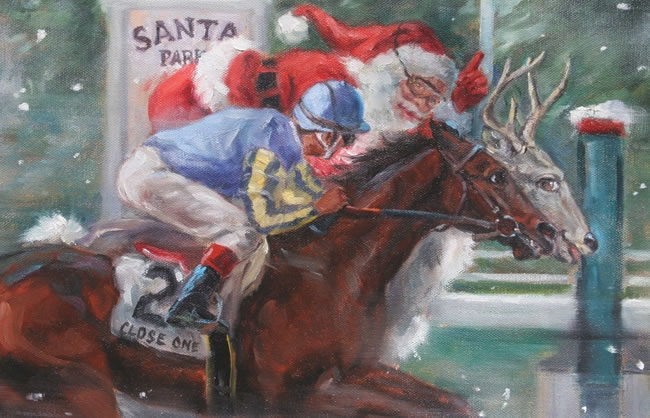 The $50,000 Christmas Skins Series kicked off at TopBetta over the weekend with a healthy field getting into the Christmas spirit to share in a guaranteed prize pool of $50,000.

Week one would see punters spread their wagers over the metro tracks of Rosehill, Eagle Farm, Morphetville and Flemington to see who would earn the most BettaBucks to claim the first “skin” of the series.

A field of 121 entrants, tossed in a further 49 rebuys, and at the end of the day it was camicazi who emerged on top of the pack to collect the $2,500 top prize. 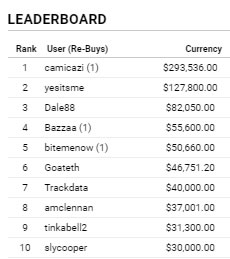 The 23 players who ended the day with some BettaBucks still in their account will carry that balance through to the final week of the Christmas Skins Series on New Year’s Eve.

If you’re interested in getting involved, it’s not too late to join the TopBetta Christmas Skins. For just a $110 buy-in, you get entry into ever week of the series, with $10,000 up for grabs on each of the first three weeks, and a minimum $20,000 to be won on the final day.

It’s a great way to get some value for your money, allowing you to punt on any or all races on the day for just the price of your single buy-in.

So well done to camicazi on claiming the TopBetta Skins title, earning himself a new trophy for his Daily Fantasy Rankings trophy cabinet. After finishing second in last's weeks TopBetta Saturday Metro Mayhem tournament, this victory elevates camicazi into the top ten on the TopBetta monthly rankings.