TopBetta Strategy: When a winning bet is a mistake 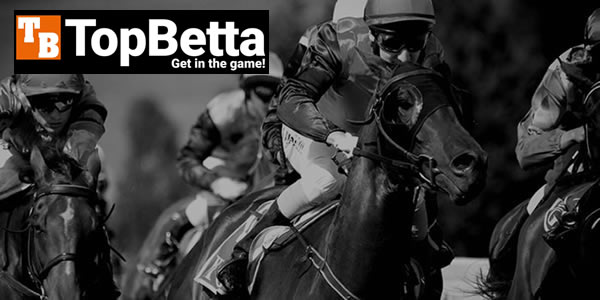 We saw an interesting situation come up in this week’s Whacky Wednesday tournament on TopBetta, and it’s something that has been happening more often recently as players gets more aggressive in the daily fantasy betting tournaments.

It was just after 1pm on Wednesday as a handful of punters were finding their feet in the early races of the day. It was Race 3 at the Gold Coast, and just the sixth race of the tournament, where “shaneb1971” made his first move – an all-in bet on a horse called Oneness.

It was a Maiden race at the Gold Coast without a lot of form to speak of, and despite a modest record of one start for an 8th place finish, it was Oneness who defied a significant betting drift to salute at the Global Tote Top odds of $27.80. 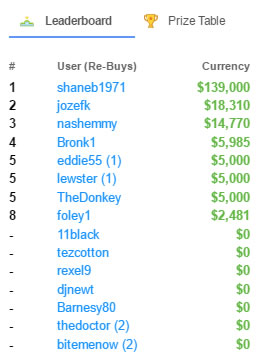 So what was wrong with shaneb1971’s bet? Well the other punters in the Sledge Box were quick to point out shaneb1971’s mistake!

When the horse paid out at odds of $27.80, it meant that shaneb1971 would’ve been better off betting his $55 cash on the horse on the TopBetta Global Tote, rather than even buying into the tournament. Let’s look at the math behind it:

So even though his bet was a winner, the first place prize in the tournament of $1,200 was less than what he would’ve received betting cash on the same outcome.

His bet effectively cost himself $329 in real cash! 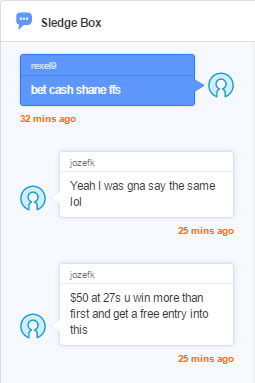 Of course some would argue that, since it was early in the day, the first prize in the tournament could potentially get bigger as the number of entrants and rebuys grew throughout the day, but in reality, shaneb1971’s bet killed all of the action. The smart punters realised that was a massive target to chase so they kept their money for other tournaments and the prize pool didn't grow.  There was also still a chance that someone else could chase down his target and he wouldn’t even receive the first place prize, so his winner would’ve been paid even less. As it turned out, shaneb1971 wasn't challenged and he won the tournament.

As we mentioned earlier, and as shaneb1971 replied to the others in the tournament "Sledge Box", the horse he chose did drift quite a lot in the betting markets so it was an innocent mistake, but it’s a good example to use for new players to TopBetta fantasy betting tournaments. While it feels great to find winners at $20 and $30 in tournaments, often you would be better served betting cash on those horses. There’s no point picking those roughies when the first prize isn’t big enough to justify it.

In the mad scramble of the last race of a tournament often you’ll see punters rebuy and ping at horses at all sorts of odds. And while the DFR Points are very attractive for a victory, always try to consider the top prize amount in relation to the buy-in, and also whether your bet will assure you of victory, before you hit that rebuy button. The Global Tote at TopBetta is a great product and sometimes betting cash may just be a smarter bet.