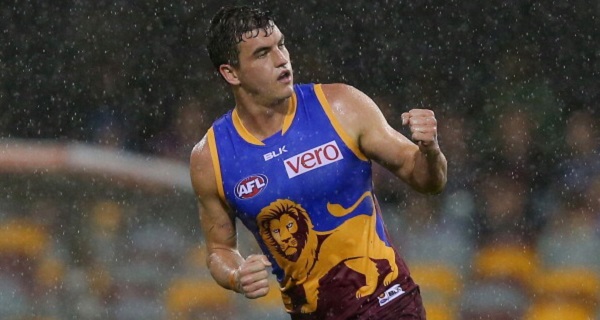 For many AFL Fantasy and Supercoach players, the switch to Daily Fantasy AFL can be a daunting one at first. With real money on the line, the prospect may turn you away before you even get started, but with the knowledge acquired through years of Supercoach or AFL Fantasy you may already have the upper hand on some Daily Fantasy players.

Here are a few factors that will be crucial when making the switch from season long to daily fantasy AFL.

The first thing you need to learn when coming over from Supercoach of AFL Fantasy is the different type of games you can play throughout daily fantasy sites. All of the major Daily Fantasy sites offer H2H play, multiplayer tournaments and massive entry competitions.

Head to head play is where you and one opponent will battle it out, winner takes all (after the agency takes their cut, generally 10%). This means that if you enter a $10 H2H tournament, you’ll play for the total prize of $18. This can be a great game type if you find it hard to keep track of all of your opponents in the bigger tournaments or if you want to take on a mate. But be warned that a lot of the H2H matches are usually filled with DFS veterans looking for an easy win.

The higher entrant multiplayer games are the ones we would recommend and the ones where some real money can be made. Draftstars run weekly $15 entry AFL tournaments with prize pools of up to $30,000. The tournaments can run over multiple AFL games or in the case of Thursday or Friday night games, can feature just one game. 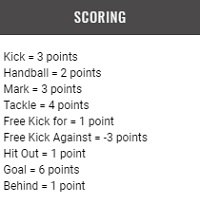 A major factor you’ll need to get used to when converting from season long fantasy, especially if you’re coming from the Supercoach format, is the scoring system. If you’re familiar with the AFL Fantasy system then you’ll have no issue as the majority of DFS sites use the same system. For Supercoach fans, the scoring system is as follows:

The major difference from Supercoach is that players aren’t rewarded or penalized for how they use the football, a kick is worth 3 points regardless of whether it’s effective or not. This makes some players who might not be the best Supercoach players absolute beasts in Daily Fantasy such as Tom Mitchell or Tom Rockliff. It also extremely hinders the ability of key forwards or key defenders to be proficient scorers.

The other key thing to remember is that you’re not picking your side on who you think is going to have a great year or even who you think the best players are. You’re picking a team that you think will perform on the particular day.

If one player has a great record against a certain team or at a certain ground and his price is more favourable than another, then he’s your best bet.

It’s also important to think about having some point of differences from the pack. It’s likely the majority of entries will have the top 1 or 2 average scorers in the game. If you don’t like the matchup that that player has it’s just as important to know when to steer clear as not having a player that has been selected by 50% of teams who has a bad day could win you money.

We hope that this intro has been helpful, make sure to create your own Daily Fantasy Rankings account so you can keep track of your winnings across all the DFS sites moving forward!