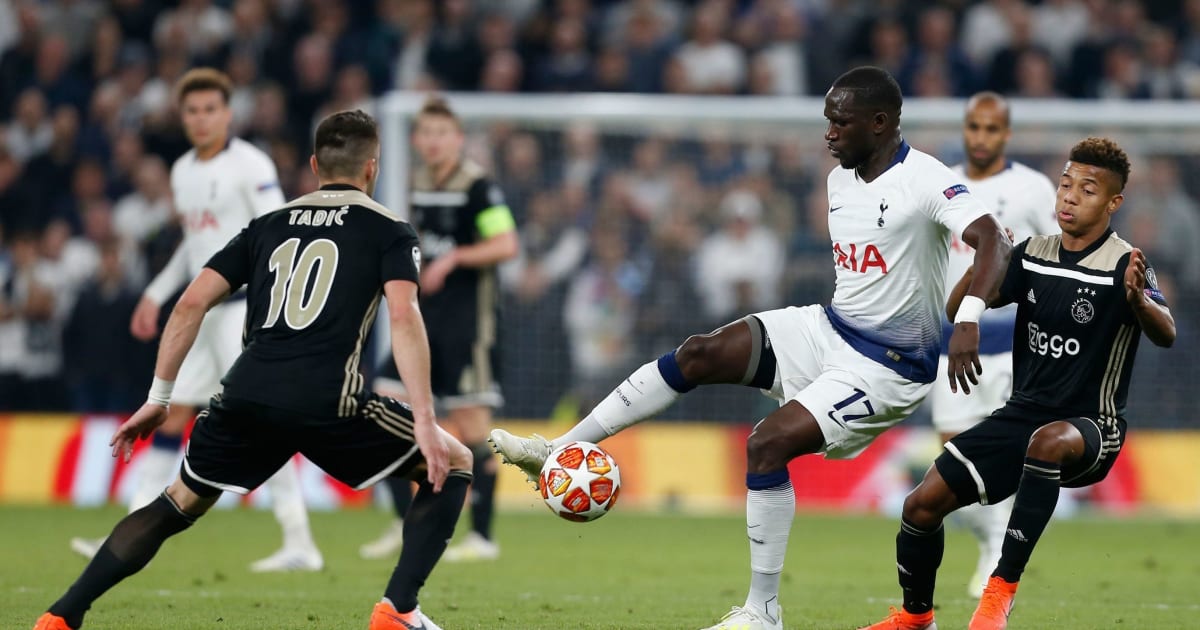 UEFA Champions League action resumes mid-week for the second leg of the semi-finals. Barcelona and Ajax both won the first leg of their respective series, meaning Liverpool and Tottenham have it all to do! As always, we’ve broken down the best fantasy plays from this two-game slate to help you win some money in some of the great DFS contests available!

The two UCL games scheduled for Wednesday and Thursday morning include:

Liverpool vs Barcelona (Wednesday 5am AEST)

As you’d expect, there are some huge DFS contests being offered for this week’s action. DraftKings are hosting a massive $12,000 contest, while Draftstars are hosting $1,000 contests for each match.

Below, we’ve provided our best team for the 12K DraftKings contest that kicks off on Wednesday morning at 5am (AEDT) and concludes on Thursday morning at 7am.

The number one thing you need to think about here is who’s most likely going to keep a clean sheet. Of these four games, we believe the best selection available is:

A. Onana (AJA $5.4K) – Ajax are the clear standout for defensive picks out of the four teams in the semi-finals. They held a clean sheet in the first leg and will likely take a defensive approach at home with the 1-0 lead they have.

Our best defensive picks for this slate are:

J. Veltman (AJA $4.4K) – As usual, we’re opting to go with two full backs instead of centre backs. Full backs will cost you a little bit more, but they have a lot more opportunity to pick up extra points. Veltman of Ajax is our first pick here.

N. Tagliafico (AJA $4.8K) – Our second and final pick in defence is Tagliafico who’s also from the Dutch side. He’s been the best scorer of all Ajax defenders in the UCL this campaign and will likely have another big game on Thursday morning.

Our midfield/forward picks for this slate are:

D. Van de Beek (AJA $6K) – Van de Beek was the hero for Ajax in the first leg with his goal and is still unperpriced coming into the second leg. He plays an advanced role and should be right in the thick of it once again for the home side.

D. Tadic (AJA $8.7K) – Former EPL player Dusan Tadic has had an incredible season both in the Eredivisie and in the Champions League for Ajax. He plays the deepest of their attackers and is always a threat to pick up a goal or an assist,

X. Shaqiri (LIV $6K) – There’s quite a few outs for the Reds in this one, namely Mo Salah and Roberto Firmino. This gives the opportunity for either Shaqiri or someone around the same price to step in and play significant minutes. If it’s shaqiri, then lock him in.

S. Mane (LIV $8K) – As mentioned above, the Reds have a few injuries to their attacking players, which will also leave Mane as the focal point of their attack. He’s been in sensational form and is a nice price here considering.

D. Sturridge (LIV $5.5K) – We also expect Sturridge to start for Liverpool in this one. He started against Newcastle in the EPL on the weekend and will likely get the nod once again. He’s severely underpriced for someone of his quality and opportunity. 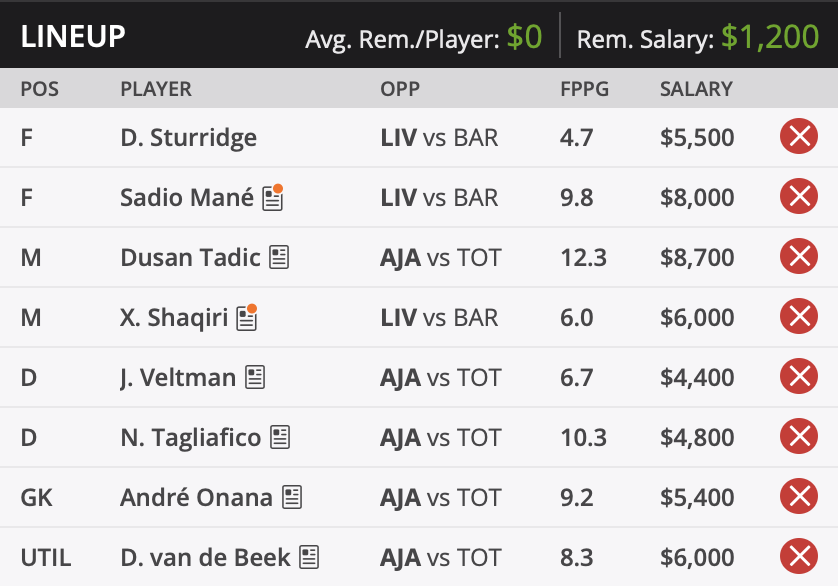