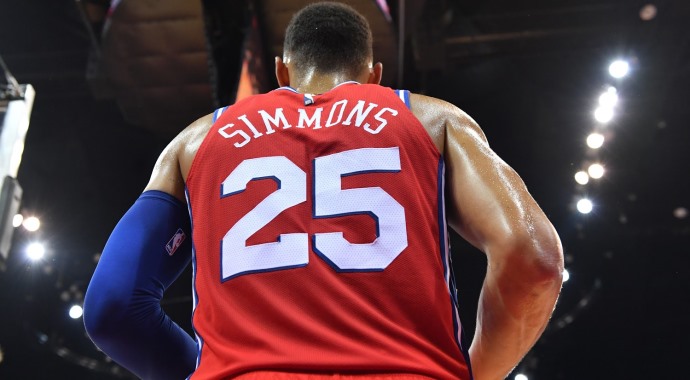 The NBA season kicks off on Wednesday, October 17 at 11am AEST with an exciting two-game slate featuring Philadelphia @ Boston and Oklahoma City @ Golden State.

There are several NBA DFS tournaments being held across the platforms for Australian players, including:

We have broken down the matchups and highlighted the key plays to help you build winning NBA DFS lineups.

No surprise with Golden State sporting the highest projected total on the slate by a whopping 11 points. Typically this would make them the team to target, however as we have seen with playing the Warriors over the past two years is they will often eat into each other’s points. There is also the risk of a blowout given the 11 point line - this risk will increase if Russell Westbrook fails to get up for the contest as is being reported.

Based on last year, both OKC and Boston are in pace up spots (meaning their opponent plays at a faster tempo then them) which opens up the opportunity for more possessions then usual and higher scoring.

Despite being just a two-game slate there are several value opportunities available as a result of both injuries and the uncertainty of being the first game of the season.

Damian Jones (DK $3,000, DS $5,000) has been labelled the starting centre on opening night for GSW by coach Kerr after an impressive preseason. He is at the bargain basement price across the industry and as such, will be a popular play. His role as an athletic rim runner in this team has provided opportunity for fantasy value in the past. Jones averaged 9 points, 5 rebounds and 2 blocks in five preseason games.

Jerami Grant (DK $4,300, DS $8,060) won’t be starting on opening night but is still expected to split minutes at the power forward position with Patrick Patterson given Melo’s departure and Roberson’s injury. This will most likely mean he is under-owned. The up-tempo pace of the game will suit the athletic Grant and his output per minute dwarfed Patterson’s last season posting 15 points and 7 rebounds per 36 minutes.

Dennis Schroder (DK $6,300, DS $10,810) will draw the start with Russell Westbrook expected to miss the game and will have a nice matchup vs Steph Curry who last year was around league average defensively. At his price point, if Westbrook is out you can expect Schroder to be one of the chalk plays of the day.

Markelle Fultz (DK $5,000, DS $9,360) is going to be in the starting line-up for the 76ers to start the season. This will make him a popular play given his price across all platforms, however it is worth considering that he will be sharing the starting line-up with Ben Simmons and Joel Embiid and therefore might not have a high level of usage during these minutes. Furthermore, his playing time might not be that of a regular starter given Philadelphia will still want to use the 5-man rotation that included JJ Reddick as it had the best net rating in the league last year.

Steph Curry (DK $8,600, DS $18,030) has drawn the dream matchup for opening night with Westbrook still injured. Dennis Schroder was ranked 78th out of 83 Point Guard’s in DPRM during 2017-18 and will most likely spend the majority of his time on Curry. Generally it would be wise to shy away from GSW when all of their big four are playing, but there has been a lot of talk through the summer that Curry is in the best shape of his career and in a two-game slate, he can certainly post a GPP winning score (even if it only takes 3 quarters).