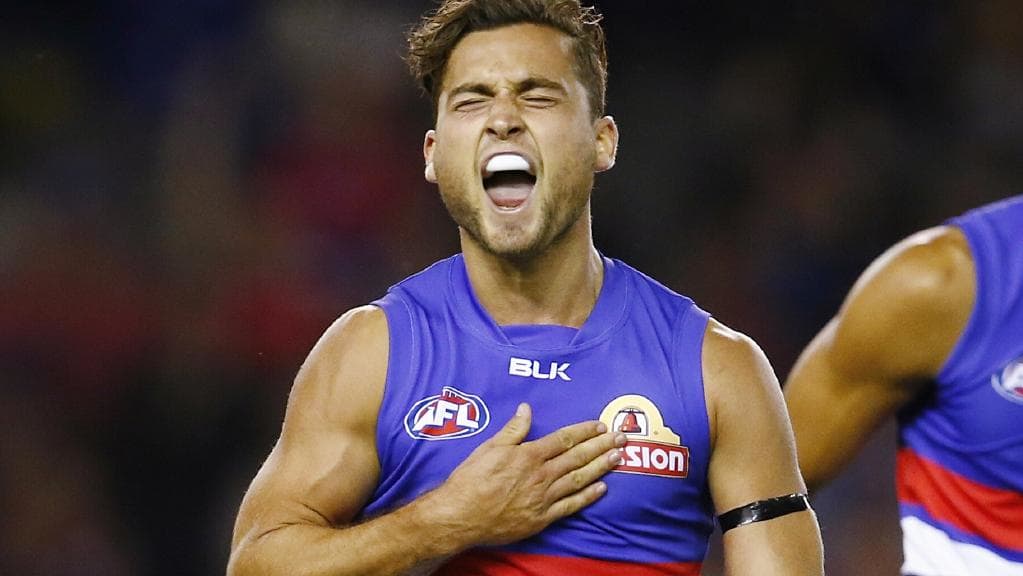 Round 15 of the 2018 AFL Premiership season continues on Friday Night with the Bulldogs vs Cats at Etihad Stadium. The Bulldogs have lost 11 straight and 15 of their last 16 matches against the Cats. Could this be the night they break the streak?

PlayON have some more great cash prizes up for grabs in their AFL tournaments all weekend, including a $1,000 contest on Friday Night! They also have several qualifiers for the season-ending $100,000 Super Contest as well as a range of smaller buy-in contests if you want to dip your toes in.

We’ve put together our Chalk, Chance or Chump selections for the match, as we look to help you out with your DFS AFL lineups for Friday Night’s clash!

The number one fantasy rule when the Bulldogs are playing is to select the opposition ruckman. If you haven’t been doing this, then I urge you to jump on board the Rhys Stanley bandwagon tonight. You’ll see from the Crunching Numbers Fantasy Tips article that the Bulldogs have averaged the most ruck fantasy points conceded (100) out of any side in the competition this season, which has only gotten worse over the past 5 games, increasing to 110 points a game. Coupled with the form of Stanley, who’s coming off an 113-point game last weekend and you’ve got yourself a terrific selection for your team.

Marcus Adams, who is quite possibly the biggest man I’ve seen on a football field, is a player you should take a chance on in your fantasy teams tonight. He’s a largely forgotten man after missing so much football over the last 12 months, but was able to make a great return last weekend against the Kangaroos, finishing with 20 disposals, 12 marks, and 83 fantasy points. He’s one of the cheapest options at PlayON ($6.1m) and has the potential to be a solid contributor for your team.

Our Chump of the week for the second time is Bulldog midfielder, Luke Dahlhaus. He’s having a really quiet season to date by his standards and will be looking to get it going in the back half of 2018. However, against the star-studded Cats I just can’t see it happening. He’s still priced extremely high ($12.6m) for his output and is projected to score just 69 points on Friday Night. I advise steering clear until he shows us that he’s found some form.