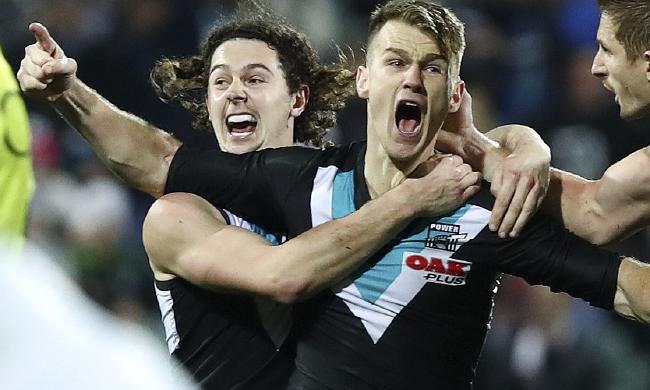 Another weekend in Australian sports and racing in the book and another bucket load of cash won by punters around the country in betting tournaments and daily fantasy competitions. We break down all the action from the major comps over the weekend below.

The Saturday Metro Mayhem at TopBetta was once again the major tournament of the weekend. 24 entrants competed for a total prize pool of $5,000 and it was Daily Fantasy Rankings member and veteran rexel9 who came away victorious. 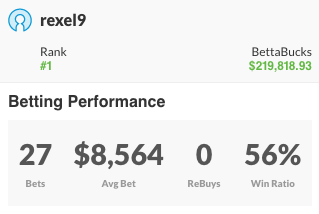 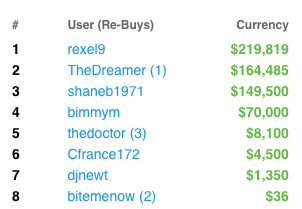 What a weekend it was for rexel9 as he also picked up the top prize of the weekend at SportChamps in the $100 AFL tourney. rexel9 was able to land a perfect nine winners from his nine bets to amass a total of 47,750 and claim the $525 top prize ahead of Darkrealmx.

It was a close battle in the $50 AFL tournament, with just over 1,000 in “ChampCash” between the top three players. A nice margin bet on West Coast would ultimately get sampar the win.

The Saturday tournament at Draftstars once again cleared the $30k guaranteed mark, attracting 2,346 entrants vying for the top prize of $4,575. Cmiggles33 finished the day on top with his team scoring 917 points, just two more than the 2nd placed OdisCrows.

Draftstars regulars johnnk finished fourth while Davidian finished with two teams inside the top ten picking up a total $3,965. Shout out to the top ranked DFR player of the day, dtownsend, who picked up a 9th place finish. 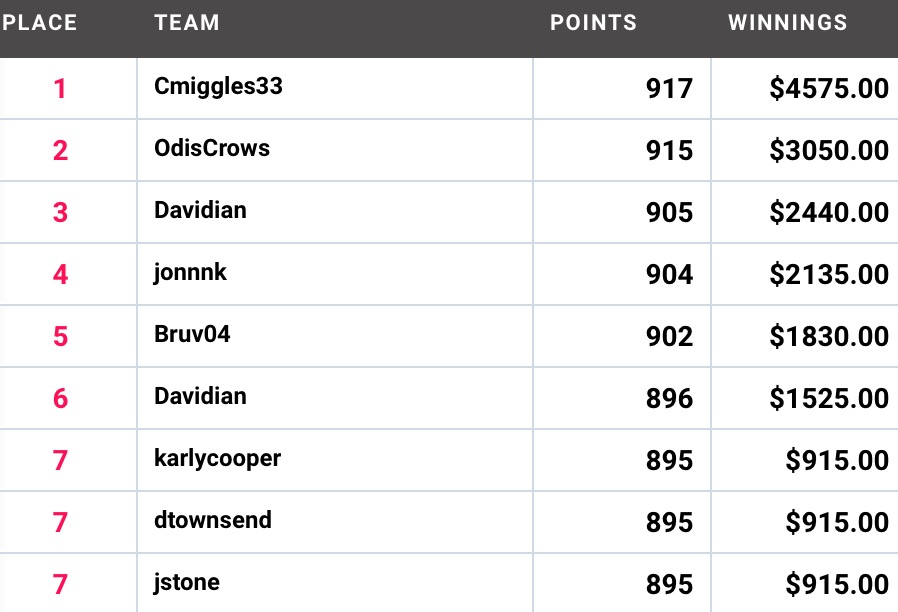 The Sunday tournament was one of bittersweet emotions for 2nd ranked DFR member procession. While he did have a monster day in the $15 tournament, picking up 1st and 4th places for over $6,000, his winning team fell an agonisingly 4 points short of collecting the 990 target for the second time this year.

Procession picked up over $20k earlier in the year when he won the 990 tournament and the $15 tournament in one day and almost had a repeat of fortunes here, however, West Coast Eagles debutant Luke Partington couldn’t get him over the line in the final game of the day, scoring just 64 points.

You can hear all about processions weekend in Episode 4 of our podcast here where Adgee sits down to chat with the man himself! 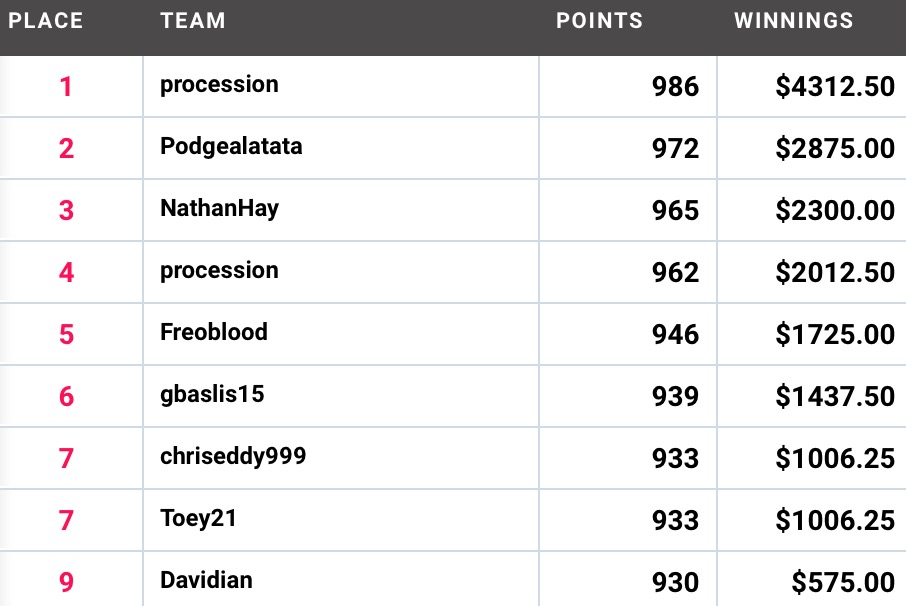 The Friday night $15 tourney at Moneyball was once again the top competition over the weekend. 465 entrants competed for a $7k prize pool with regular DFS player ‘I am the Game’ winning the top prize.