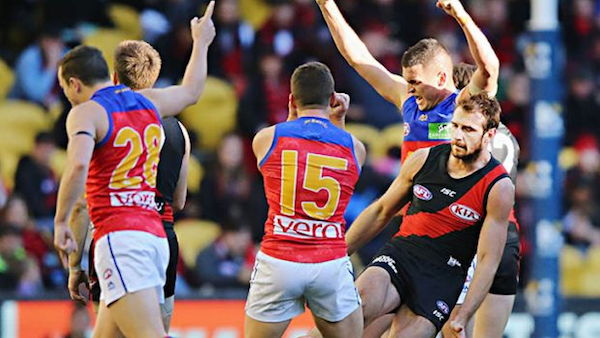 With some absolutely monstorous fantasy scores by players in the AFL this weekend, one would have thought that this would be the week the Draftstars and Moneyball big 990 target compeitions would finally go off! In the end it wasn't to be and the prize jackpots once again. It was still a great weekend for a lot of Aussie punters however and a few DFR members in particular. We recap all of the action from TopBetta, Draftstars and SportChamps below.

The prize of the weekend at TopBetta was once again the Saturday Metro Mayhem horse racing tournament which attracted 37 entrants and had a total prize pool of $5,700. After a few solid weeks of high finishes, TopBetta regular loz1946 collected the win and $2,280 along with it.

The highlight of the day for loz1946 was the 14,000 bet on Spur le Jouer to win Race 8 on the Sunshine Coast at $6.40. Another couple of TopBetta regulars in lewster and bitemenow took out the minor placings.

Another big weekend of AFL action at Draftstars with the biggest Australian DFS guarantees of the weekend across their Saturday and Sunday AFL tournaments.

A prize pool of $30,000 was up for grabs on Saturday with Bayliss46 coming out on top to collect $4,500 in prize money.  While the results on the field may have been unpredictable, Bayliss46’s team was rock-solid with six of his players scoring tons led by Brad Couch’s 131 points for Adelaide. 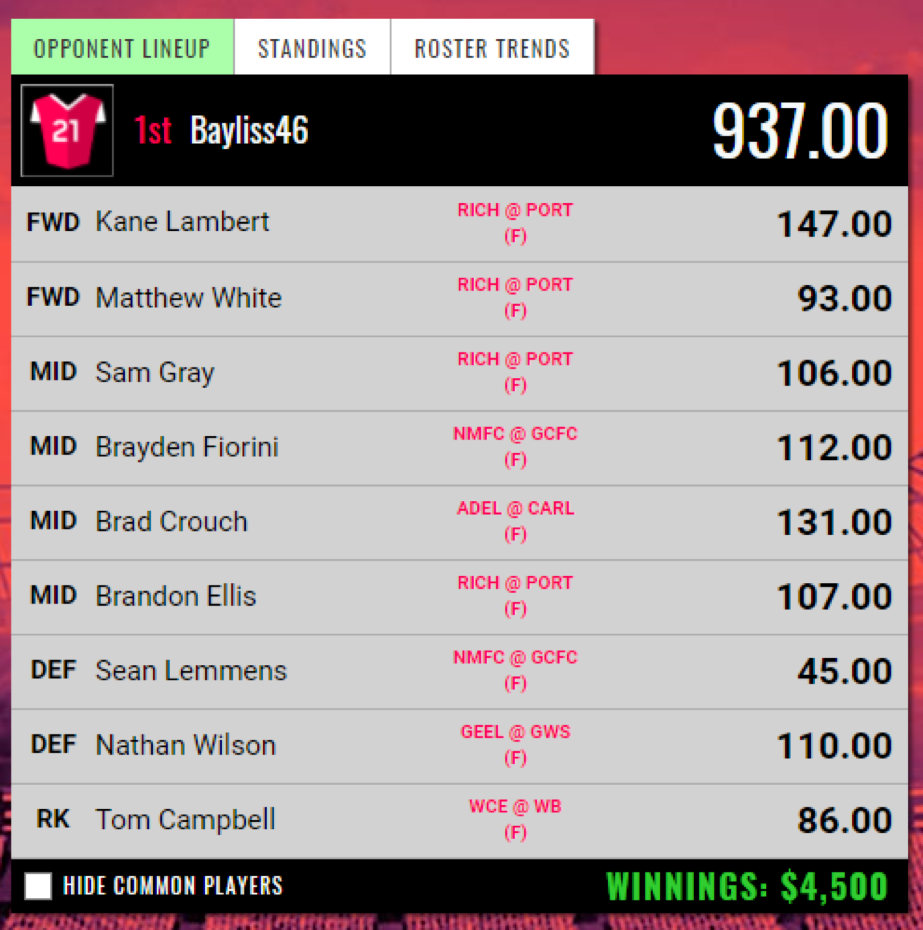 On Sunday it was DFR member invinciBell who carved out the victory and $3,750 in prize money on the back of some impressive performances by his Brisbane players, a handy injury to Aaron Sandilands and a six-goal haul to Michael Walters. With a huge 1,581 points for his win, invinciBell is now on the verge of the top 20 DFR players.

invinciBell’s team score of 947 also gave the jackpot a nudge in the 990 Target tournament. DataCruncher (972) and micool1 (961) didn’t play the big guarantee but they came closest to the elusive 990 target which will jackpot again this weekend to in the vicinity of $35,000 for a $1 entry! 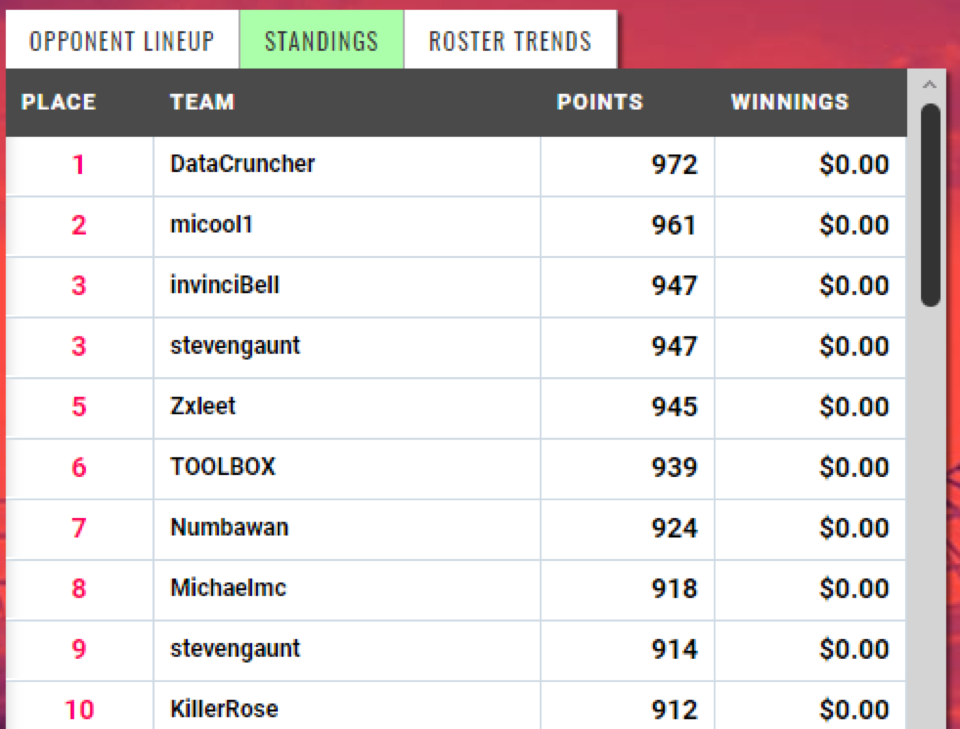 Now is the time to join Draftstars and take a shot at this enormous jackpot prize!

SportChamps kicked things up a gear this weekend with their racing tournaments offering buy-ins of $2, $10, $25, $50 and even a $100 tournament for the first time.

The $100 tournament attracted a small, but elite field of players, with djnewt claiming the top prize of $433.13. Rather incredibly, it took only one winning bet for djnewt to take the victory with a multi of Kiwia at Caulfield into Gallic Chieftain at Rosehill, enough to take it down. djnewt capped off a strong day with another win in the $50 Bet ‘N Go tournament to grab some valuable DFR points to climb to 17th place in the overall DFR rankings.

However it was the $50 racing tournament which produced the biggest prizepool of the weekend at SportChamps with the 16 players combining for plenty of rebuys to build a pool of over $2,000. In the end it was tournament veteran rexel9 who claimed the top prize of $627.81 which is the second largest score in SportChamps history. It also gave rexel9 enough points to jump to #3 in the latest DFR rankings.