The 2018 BBL08 Champions in a remarkable Grand Final, the Renegades become the hunted in BBL09. The ‘Gades went and strengthen their batting stocks by signing International veteren Shaun Marsh but have pretty much kept their squad from last season. The ‘Gades know how to play their home ground Marvel Stadium with their off speed bowling, highlighted by Kane Richardson’s BBL08 league high 24 wickets. Can the team in Red go back to back?

Faheem Ashraf - Withdrawn from Squad - Back in Pakistan, will not play.

Usman Shinwari - Called to play for Pakistan - Will not play.

The Renegades captain, Finch is also a current Australian ODI and T20 player, boasting impressive batting averages at all levels. An explosive opening batsman who has become one of the best limited overs players in the world, Finch captain his side to the 1st Title for the Renegades. With One Day duties in the middle of January, Finch will be a popular fantasy play in the early stages of BBL09.

Harris has experienced the highs and lows of being selected for the Test team then subsequently dropped after not grabbing his opportunity. Unless a surprise selection for the Test team against the upcoming series against New Zealand, Harris should have full availability for BBL09. An explosive opening batsman, Harris didn’t get going in BBL08 at all and must be monitored early (or possibly faded) if he continues to get out before making a solid contribution.

BBL08 Record: Yet to Debut - 21 Wickets in Pakistan Super League

Ashraf will start with the Renegades for the 1st part of BBL09 and will look to continue his high wicket taking ability from the Pakistan Super League. The PSL’s leading wicket taker in the history for the tournament could be a sneaky low owned play as Ashraf should get death overs. One to jump on early.

Cooper by his standards had a lower than expected BBL08 by bowling only 3 overs and a lower strike rate than seasons past. But Cooper was pivotal in the BBL08 final by scoring an unbeaten 43no batting at 6. Brings a wealth of experience and will captain the side in the absence of Aaron Finch when on international duty. Monitor Cooper’s batting position and salaries on the sites, may be a low owned slate winning play.

The veteran all-rounder was the key player in the Renegades BBL08 title win with a 38no and two wickets at the death. One of the better fantasy players in the tournament, Christain is always in the game with his ability to bat, bowl and take catches in the outfield in the death overs. Will be a high owned play each time he plays unless his high salary makes your team look unbearable.

One of the surprising signings for BBL09, the 10th leading run scorer in BBL history has left the Perth Scorchers to a multi year deal with the Renegades. Only the 3 games last year at the back end of the tournament, Marsh scored a brilliant 96no against the Thunder in Perth. Questions include does Marsh open with Finch or comes in a first drop? Also how will Marsh handle the slow deck at Marvel after playing in Perth for so long? Wait and see.

The experienced Afghanistan all-rounder is in his third season and will join the team in the latter stages of BBL09. His economy rate for bowling did increase in BBL08 and regularly bats at even 5 or 6 depending on the game’s situation. However is always in the game and is a great cash selection when picked.

Wildermuth was a very solid player for the opening 10 matches of the BBL08 but didn’t achieve lofty fantasy scoring. One to watch the season but behind the pecking order with Richardson, Gurnely, Ashraf and Shinwari as the strike bowlers. Monitor salaries for fantasy.

At only 17 years old Fraser-Mcgurk is already making headlines in Victorian cricket with his debut 50 in the Sheffield Shield and 41 not out in the Marsh Cup final. An attacking batsman, some have already likened him to a young Ricky Ponting. Depending on the Renegades season we may see Fraser-Mcgurk rather sooner than later.

Kane Richardson was vital in the Renegades BBL08 success and once again the Renegades bowling attack will be lead by the white ball specialist. Richardson was the leading wicket taker in BBL08 with 24 wickets and is very handy bat and excellent out in the field. Richardson however was apart of the One-Day squad for the World Cup, so again may miss games due to International Duty.

The young Pakistani pace bowler made a name for himself in Australia with his economic bowling at the start of an innings. The left arm quick returns to the Renegades to build on last season and is fine fantasy play at value. He will be replaced halfway through the season by Harry Gurney.

Boyce “turned” the BBL08 final by removing Ben Dunk and Marcus Stonis to give the Renegades a chance to win the final. Boyce also is a very handy bat with a 51no last season and scored more runs than Dwayne Bravo last season. Boyce’s frugal economy is a major strength for fantasy and can be relied on when playing at Marvel Stadium.

19-year old Mackenzie Harvey is a talented batsman who took his opportunity to bat high up in the order when Harris or Finch were unavailable to play. Harvey kept his form and was rewarded with a Grand Final medal. Harvey however batted lower in the order at the backend of the tournament and with the addition of Shaun Marsh, Harvey will probably won’t feature until international duty.

One of the finds of BBL08, Sam Harper led the Renegades in total runs last season and is currently the only recognised keeper on the squad. A regular at 3 with the bat, Harper will drop down to 5 and will use his crafty batting at the death end of a batting innings. Still a very relevant fantasy play.

The giant Middle order batsman only had a few opportunities last season with the Renegades and was solid throughout. Either a bat at 5 or 7, Webster will only be fantasy relevant if he is higher up the order on matches he is able to play. Needs players to be out of the side to get a go.

Joe Mennie has only played 3 matches for the Renegades since BBL07 and will find himself once again struggle for a game. If we need to make a case for selection, he does have a Baggy Green and has played ODI’s back in 2016.

The English pace bowler will join the side once again in January when he replaces Usman Shinwari. An experienced bowler, Gurney was the surprise packet for the Renegades with his variations and his ability to hit yorkers. Along with Kane Richardson and Dan Christain, Gurney is a quality death bowler and an excellent fantasy play later in the tournament.

Former Test player Jon Holland is a very good slow bowler who plays his role in the side very well. Picked in the Aus A tour squad in England, Holland was still fresh in the selectors minds. Unfortunately injury is hampering any consistency in his cricket, with Holland to undergo surgery to his index finger. This means he is out of the BBL09.

20-year old Sutherland is a fast bowler who can handle himself with the bat. Only 1 game last season (Game 1) but is touted for big things this season. Made his Sheffield Shield debut early this year for Victoria.

BBL08 Record: Yet to make his debut

19-year old Evans is in the 2nd year of his 3 year contract with the Renegades. Evans was a member of the 2018 U/19 World Cup squad and is another exciting future prospect. Not sure he will feature early in the tournament but could bob up for a game. 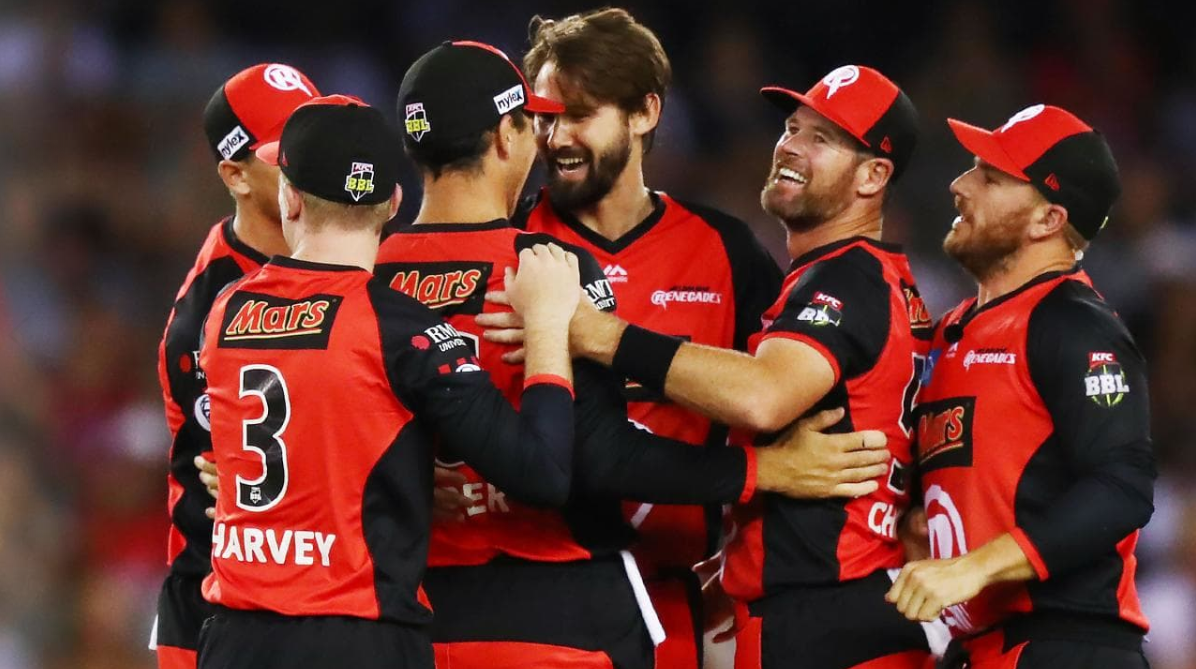