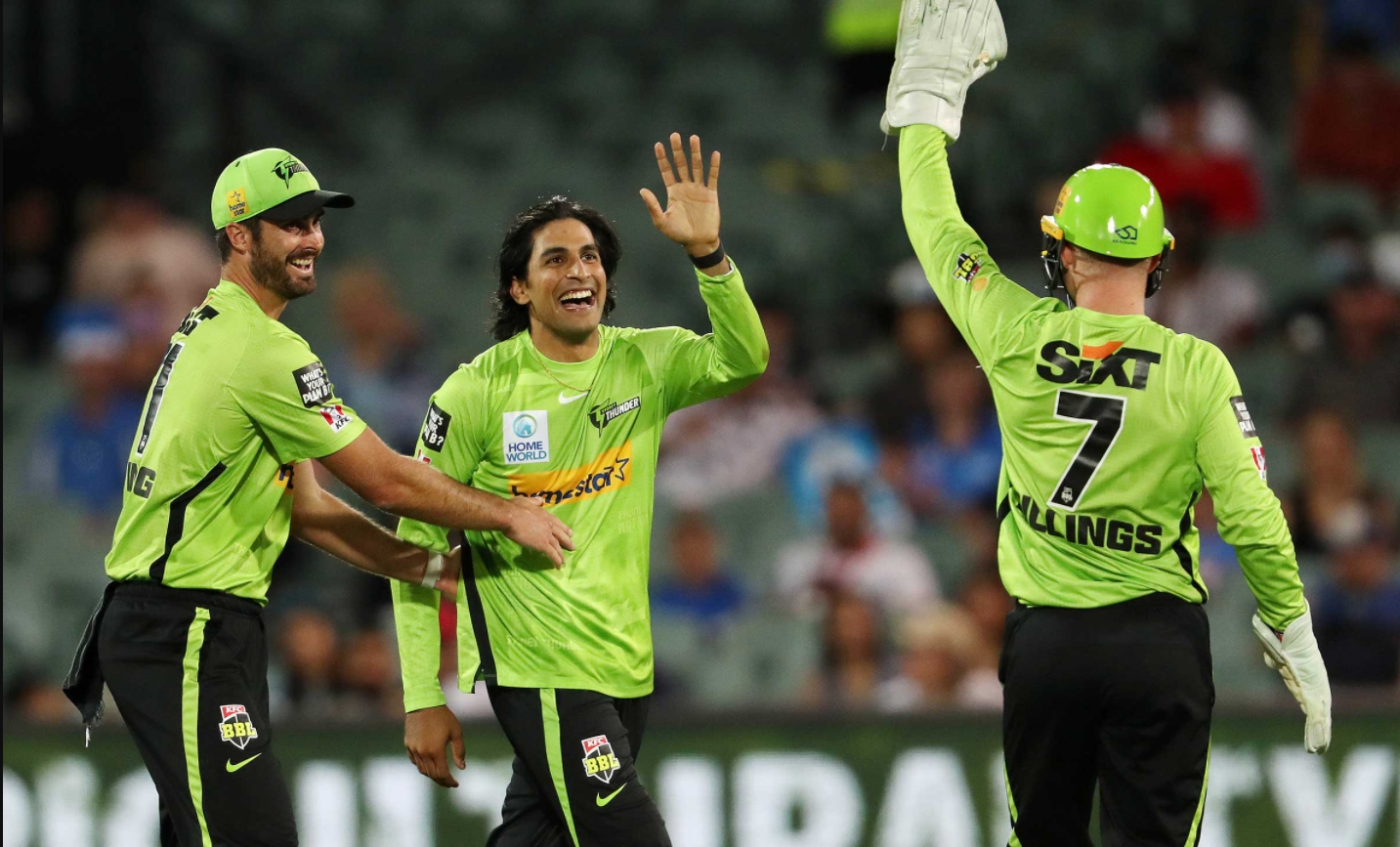 The second game of Sunday’s Double Header is the return match from last Friday Night’s New Year’s Eve encounter between the Thunder and the Strikers. We are expecting fine conditions at the Showgrounds in Sydney with the scheduled start to this match at 1915 AEDT.

Draftstars are still kicking goals this year with another $25,000+ featured contest along with their usual offerings at different price points.

Well, wasn’t New Years Eve a crazy day in the BBL. This game had postponement written all over it in the afternoon and by the evening the Thunder were crushing it. The Thunder lost four players to a positive test (Alex Hales, Alex Ross, Sam Whiteman and Tanveer Sangha) and they were able to put together a winning XI that easily put on runs against this weak Strikers outfit. Remarkably for the Thunder they have announced a 17-man squad which now includes Pakistan International Muhammad Hasnain. Hasnain is a 21-year-old “speed sensation” who can launch 150km/h+ rockets but has been praised for his accuracy. Pretty much in the mould of fellow Pakistan quick Haris Rauf but faster. The squad includes the likes of Jono Cook, Lachlan Hearne, Baxter Holt and Chris Tremain but I do not forecast a game for these guys after their win in Adelaide. I believe Hasnain will come in for Brendan Doggett who was a very late call up on Friday night.

For the Strikers, they have their hands literally tied behind their back. With no real depth in their squad, they are simply rolling out the same team game after game and been found out in their top 6. Jono Wells now leads the team in total runs (201 in 7 games) which is only 12th in the league while Rashid Khan is still taking wickets to give this side a chance of succeeding (10 wickets in 7 games). Their skipper Peter Siddle leaks too many runs from his bowling and import George Garton is now out of form (4 matches in a row gone for 30+ runs of his bowling). Now facing the Thunder on their home deck, it is going to take some remarkable performances for more than one player to get the job done here. The Strikers announced their 14-man squad on Sunday morning with Harry Hunt and Liam Scott being included and Daniel Drew being excluded. As the theme from the Strikers, not much in and not much out.

Cutting was starting to be in ‘no man’s land’ down in the mid to lower order but the exclusion of Alex Hales has promoted Cutting back to the top. Despite not scoring from his bowling (didn’t bowl in Adelaide), Cutting was able to face 32 balls for his 37 against the Strikers and will be looking at another opportunity at home. The price is just cheap enough considering the Strikers opening options are more expensive.

Davies has recovered from his fractured thumb just in time to help out the Thunder in their crisis. A rapidfire 26 off 12 balls to finish the Thunder innings has shown he hasn’t lost that ability to score quickly. His talents from BBL10 wowed audiences and we can certainly go back to him again at a salary under $10,000.

The price is dropping but Garton looks like he has lost his way in terms of economy and now wicket taking. In his last four games his average economy is north of 12 and has taken only 1 wicket in his last three matches. The problem is the Strikers don’t have much to replace him with and I am happy to continue fading him.

Love the kid, love the way he has been hitting them, absolutely killing it since getting his opportunity, but $18k+ for a number three bat… Bit too much for me. We have seen from the likes of Ben McDermott who failed last night, that this fantasy game can throw out a wide range of outcomes and that risk of failure at $18,100 is one of them.

I was tempted to put Khan in the ‘Don’t Love It’ section after back-to-back fantasy failures at his price tag, but you cannot discount the great man. Of course, he has the 100+ ceiling in him and this Showgrounds surface has taken spin over the years. An unreliable batter now, who knows if investing in his $21k price tag will provide you dividends but he is certainly a match winner and a slate breaker as well. 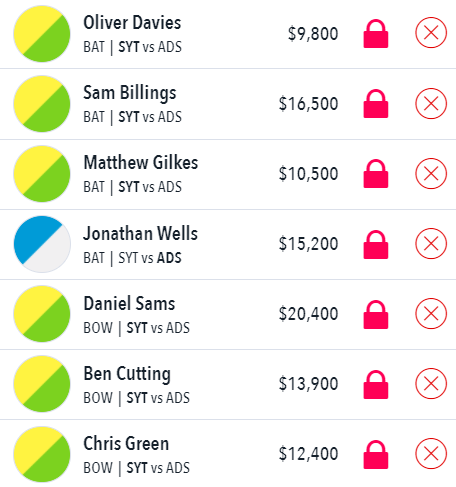