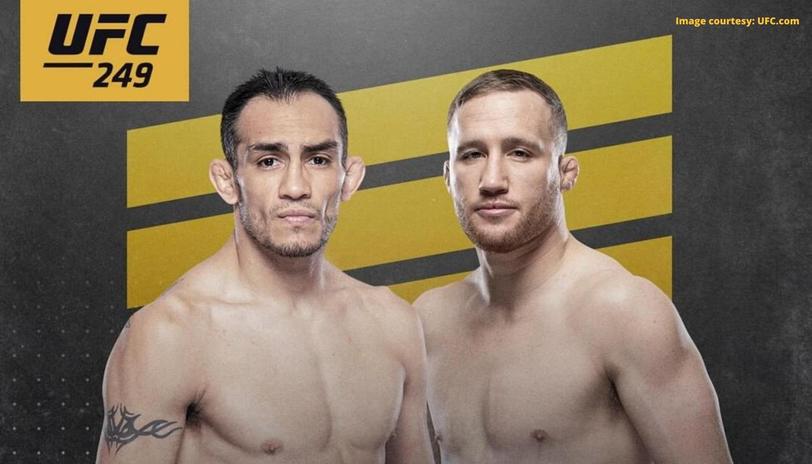 Mixed martial arts is set to return with UFC 249 “finally” scheduled to be held at VyStar Veterans Memorial Arena in Jacksonville Florida. The 15,000 fan capacity will be completely empty when UFC 249 goes down on Sunday in Australia.

The pay-per-view event will be headlined by an interim lightweight title fight between Tony Ferguson and Justin Gaethje, with Henry Cejudo will look to keep his bantamweight title against Dominic Cruz.

DraftKings has put on an absurd amount of prize pools to celebrate the return to the Octagon. Headlined by The MMA Million with a guaranteed pool of $1M for a $20 Entry Fee. The MMA $100K Haymaker is also available for a $3 entry which is a 20 entry max contest.

The action gets underway at 0800am AEST on Sunday morning (1800 ET in the United States) with the Early Prelim Card and a total of 12 matches on the card. 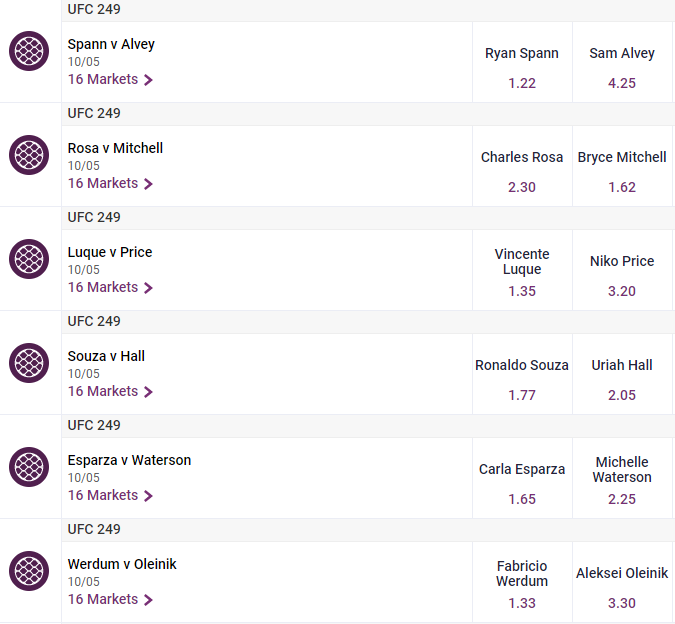 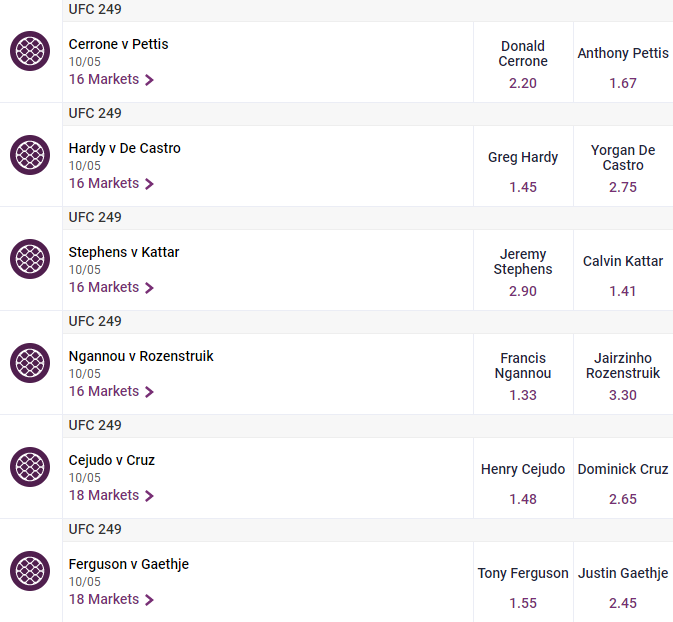 The first bout on the card between Ryan Spann ($9,300) and Sam Alvey is the most one-sided bout with Spann the $1.20 favourite and the most expensive fighter on DraftKings. With the total rounds Over/Under just at 1.5 rounds and a short price for a KO, Spann is deserving of his price tag. Spann to date has an average fight time of 4:58 which is one of the shortest fight times on the card.

Vincente Luque $9,000 is also a strong favourite against Niko Price in the Welterweight division with a strong FPPF of 89.8 along with a Strike accuracy of 53%. With a takedown accuracy of 50%, Luque should also make light work against Price with the markets only setting a total rounds over/under at 1.5 rounds.

A controversial choice on the main PPV card Yorgan De Castro $7,600 takes on former NFL player Greg Handy. De Castro is undefeated in the start of his MMA career (6-0, 1-0 UFC) but does have the weight and height disadvantage against Hardy. I am keen for De Castro to take down the fan villain and give us a bit of value in our lineups.

As for the main events, you cannot ignore Dominick Cruz’s ($7,400) FPPF of 101.6 but what you need to know is that Cruz has not fought in the UFC since 2016! The fact that Cruz will even be stepping into the Octagon at all is a massive achievement but the opportunity to win the Bantamweight title will make it remarkable. The fight against Henry Cejudo ($8,800) should be a cracker and taking a shot at that cheap price tag is a thrill in itself.

For the last fight, Tony Ferguson ($8,700) at 26-3 is the warm favourite to defeat challenger Justin Gaethje $7,500 (21-2) for the Lightweight title. Both fighters have slate leading Significant Strikes per minute (Ferguson - 5.81 / Gaethje 8.57) but Gatethje’s SApM is a very high 9.67. So these two fighters will go ‘hammer and tong’ with an action packed fight an odds on favourite. Gaethje’s price on DraftKings is cheap enough if you want the upset in this fight but Ferguson’s all-round fighting and fitness means this fight should go the distance. 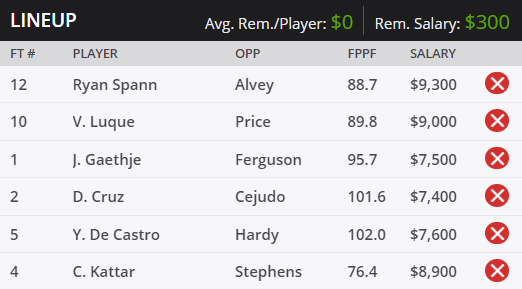