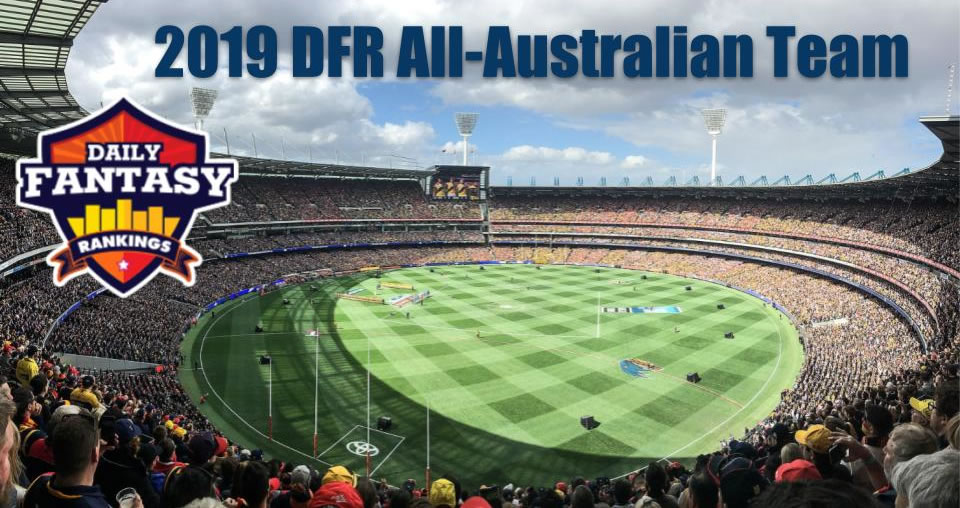 One week ago, we put the power to the community and asked you to vote in your peers for the 2019 DFR’s AFL All-Australian Team. The debate and the response from the community on social media was impressive, as the wait between AFL games could become palatable for some.

We announced 6 automatic selections and left the remaining positions to the Australian DFS community. Whilst some selections were clear cut, some did go down to the wire in polling.

We saw clever campaigns from members of the community pulling out the “big guns” to get certain players into the team. We also saw some humility when players suggest they should vote for someone other than themselves.

Let us present the All-Australian DFS side for 2019 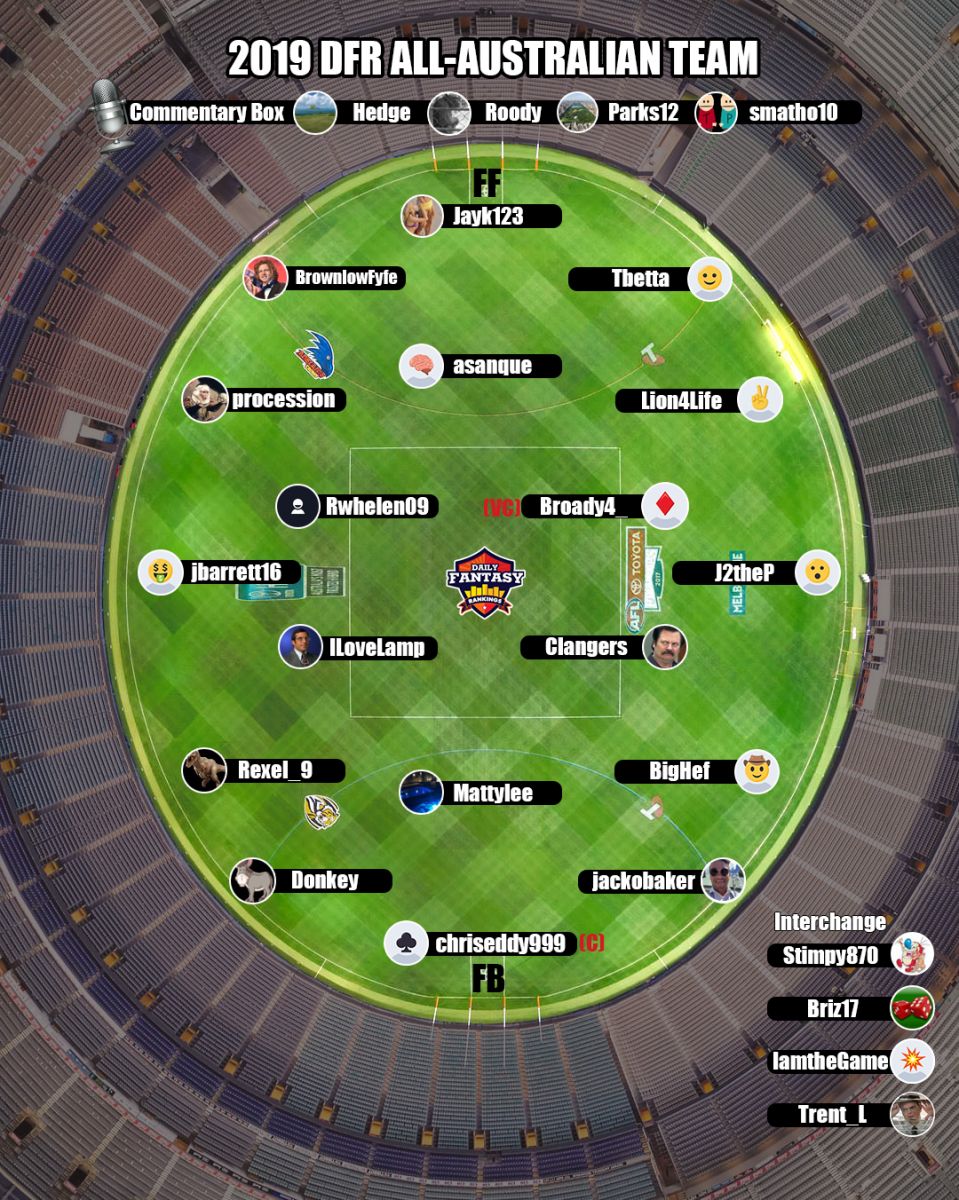 Let me put a disclaimer straight away! Whilst I have met the majority of players either in person or through online communication, this is not a true reflection of your “AFL” ability in your position! Except for BigHef, he likens himself to a Bachar Houli role getting cheap kicks across Half Back.

Let’s start with a very strong defense with ‘Donkey’, ‘Chriseddy999’ and ‘Jackobaker’ commanding down back. We have the “people's champion” in ‘jackobaker’. Jack has actually had some impressive results from small outlays throughout the year. Highlighted by his 8th place in the Live Final. Once given a go on the polls, ‘jackobaker’ certainly garnered plenty of votes with his supporters getting him a blazer.

‘BigHef’ along with ‘Rexel_9’ have a had a great year and team up with one of the shorter Centre Half Backs in the game in ‘Mattylee’.

Getting cheap possessions across the wings are DFR’s AFL writer ‘J2theP’ and young whippet ‘jbarrett16’. These two like “junking” it up in the 4th quarter no doubt.

In the centre square, we have the big boys of ‘RWhelan09’, ‘Broady4_’, ‘Clangers’ and ‘Ilovelamp’. Multiple AFL slate winners in this group this year, but I am not sure who is the Ruckman is? Let the four of you to sort that out!

Across the Half-Forward line look for ‘Procession’ and ‘Lion4Life’ to crumb off scraps from ‘asanque’. With all that prize money that ‘asanque’ has won, there will be some real seagull behaviour across Half-Forward line from these two.

Up front, Western Australian duo ‘BrownlowFyfe’ and ‘Tbetta’ will probably push forward from their pockets to leave ‘jayk123’ one out in the goal square.

Occupying the interchange are ‘Stimpy870’, ‘Briz17’, ‘I am the game’ and ‘Trent_L’. Each of these interchange members have had their moments in the AFL season with strong results and the community has recognised their achievements.

Once the 22 was locked in we then went to the community to pick the Captains.

Congratulations to the Captain of the side ‘Chriseddy999’ and the Vice-Captain in ‘Broady4_’. You were voted by the community to be worthy of the captaincy of the team.

For members of the All-Australian team, Daily Fantasy Rankings will add a special “trophy” to your cabinet once we have the Rankings/Profiles available on the site. We will update all users of the site once our upgrades and improvements are done on the back end.