Its a procession for poker pros in Draftstars AFL 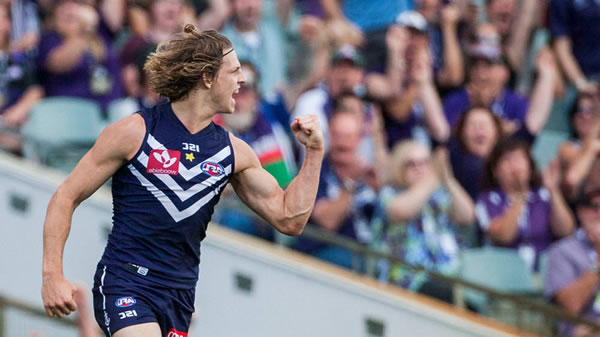 It was another big weekend for Daily Fantasy Sports players on Draftstars with Australia’s largest DFS site providing some huge guarantees for Round 2 of the 2017 AFL season and hundreds of thousands in prize money given away over the four days of AFL action.

Last week we wrote about the dominance of poker pro "Tryanhit" dominating the major AFL contest of the weekend. Well, it seems that the transition between poker and Daily Fantasy Sports is a smooth one, with several notable former poker players again doing well on Draftstars.

On Sunday it was former poker blogger and player, “procession” who came away with the lion’s share from the Sunday $50,000 Guaranteed Contest. procession was reliant on Fremantle’s Nat Fyfe having a big game in the final match of the round and the superstar delivered a cracking last quarter to see procession storm into the lead and collect the $10,000 top prize with a hefty contest score of 997. 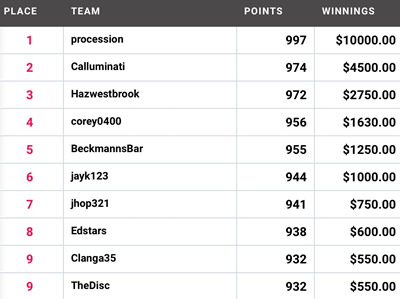 With that same line up, procession also collected a jackpot prize of $8,898 in the AFL Big Target contest by being the only player to exceed the target score of 990. We understand that score was only achieved once throughout the entire 2016 AFL season, so it was strong effort to crack that barrier on just the second round of the season. 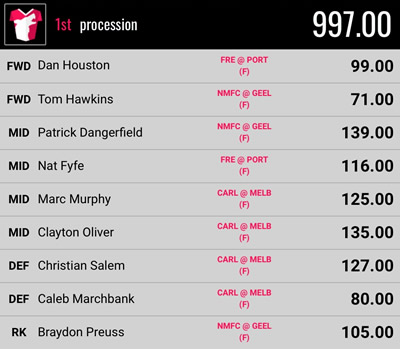 Throw in a third place on Friday night for another $2,000 and procession would pick up over $20,000 for the weekend and plenty of valuable points to shoot up the DFR Rankings.

On Friday night, the $24,000 prize pool up for grabs on Draftstars for the Bulldogs vs Swans game, and it was another former poker pro “dtownsend” who dominated proceedings. dtownsend not only took down the top prize of $3,600, but had two other cashes in the top ten, some strong results in the same contest at Moneyball, and a share of a few others who landed some nice results. dtownsend ended up pocketing over $12,000 for a very nice evening’s work. 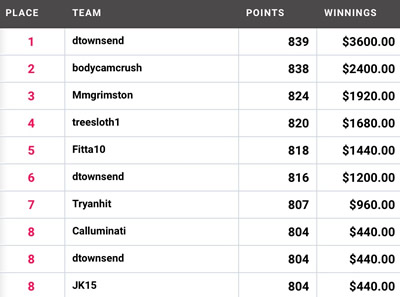 Draftstars run Daily Fantasy Sports contest for every match of the AFL season across a number of formats and buy-in levels. They even have an excellent promotion at the moment for new players – a freeroll against Barry Hall where all you have to do is beat Barry score to share in thousands of dollars in prize money!