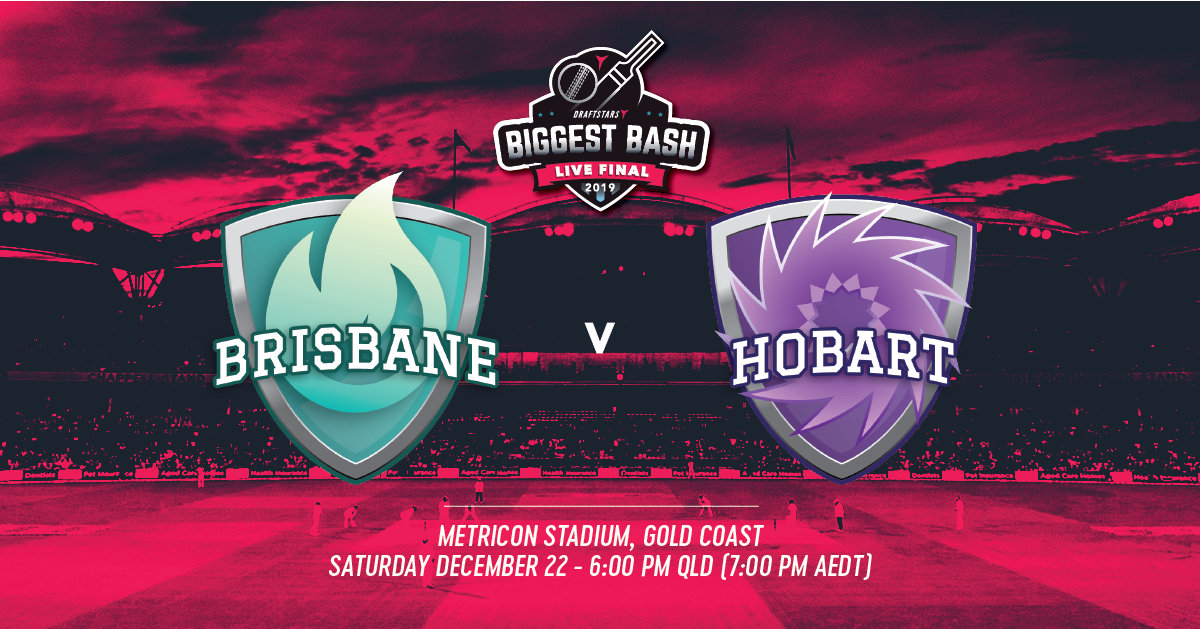 The Brisbane Heat look to get their BBL08 campaign back on track this Saturday night when they host the Hobart Hurricanes at Metricon Stadium on the Gold Coast. The Heat lowered their colours to a professional Strikers outfit in the first game of the season, while the Hurricanes play their first match here after a mid-week win against the visiting Auckland Aces side in a practice match.

We also have full profiles of the squads of all eight Big Bash teams, so you can read up on any of the Brisbane Heat or Hobart Hurricanes players you may not be familiar with prior to building your lineups.

Metricon Stadium on the Gold Coast is better known as an Australian Rules Football ground and the host venue of the Commonwealth Games. While this is the first Big Bash game played at the venue, it hosted an international T20 match between Australia and South Africa last month. The match was rain-affected so a 10 over a side match didn’t provide a great guide, but the curator was quoted pre-match as looking to produce a similar track to the Gabba. In this case, expect a fast deck with an above average run rate so the bowlers may be in for a rough night.

D’arcy Short ($24,200) is the most expensive player we have seen so far in the BBL08 season and with good reason, given he averages over 40 with the bat over the past two seasons at a median strike rate of 150. We saw Alex Carey get a hold of the Heat bowling attack on Wednesday night so it would be no surprise to see Short do the same and with so many cheaper options, he should be reasonably easy to fit in some lineups despite his exorbitant price. A match-winner with massive upside.

Max Bryant ($9,000) got an opportunity to open the batting in game 1 and didn’t disgrace himself by any means with a promising 20. He has risen slightly in value but still remains cheap for a power hitter who has stacks of upside if he gets going. He is going to win someone a ticket to the “Biggest Bash” competition when it all clicks at this price.

Matthew Wade ($12,500) has been opening the batting in the warm-up matches and comes here off a 35 ball 63 on Friday. The captain of the Hurricanes side, he has seven T20 fifties to his name so the upside is there and he may have the luxury of knocking the ball around if Short gets going at the other end. His opportunity outweighs his price tag here.

We identified Mitch Swepson ($10,400) as a good value option in the opening match and he delivered 4x value. This score was in line with our projections and there is no reason he can’t do similar again here so he presents as the leading value option for the match again.

Jofra Archer ($16,000) took the BBL by storm last season taking 1.33 wickets per game, including two hauls of 3+ wickets which brings bonus points. He also had three games going at an economy rate of 5.5 runs or less, which provides maximum bonus points. He also provides great value in the field as he fields on the boundary and contributes to catches and run outs more than the average player. If he gets on a roll he will be a must for a winning lineup.