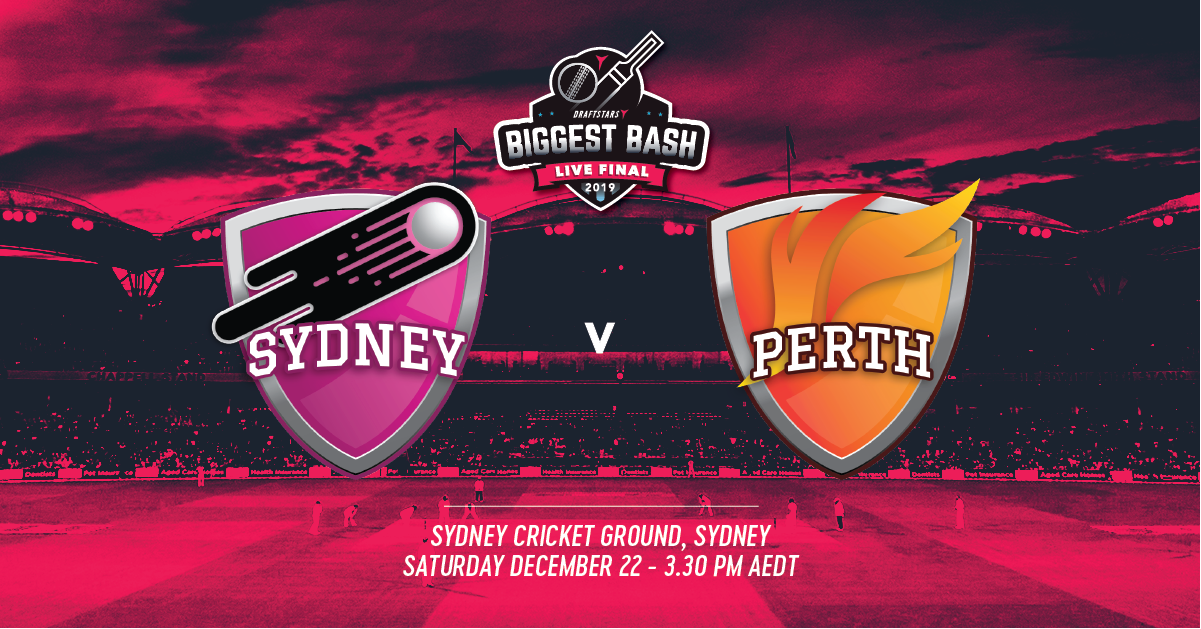 Game 4 of the BBL08 season takes place on Saturday afternoon at the Sydney Cricket Ground between the Sydney Sixers and the Perth Scorchers. The Sixers will be itching to start their season with a home win but they get a Scorchers team on the rebound who will be snarling after a disappointing first up loss to the Renegades on Thursday night.

We also have full profiles of the squads of all eight Big Bash teams, so you can read up on any of the Sydney Sixers or Perth Scorchers players you may not be familiar with prior to building your lineups.

The Sydney Cricket Ground is not your typical batsmen-friendly T20 pitch. The pitch is long renowned for being the friendliest to the spinners in the country, and the scoring on this ground is one of the lowest of any of the BBL grounds.  With boundaries harder to come by here than at any other BBL ground, playing extra bowlers – especially spinners – in your lineups can be valuable, and lower first innings totals means chasing teams can often cruise to victory with less risk.

Joe Denly ($19,400) comes up with clearly the highest projection in the match and it is no surprise given his experience in the T20 format and his ability to score across all categories. He is a proven performer at the top of the order and has made four T20 centuries so he has major upside. He took 4/19 in his most recent T20 performance for England with his leggies and should get some overs on the traditionally spin-friendly pitch. He is expensive but looks the best source of raw points in the match.

The Scorchers made an awful mess of things with the bat in Melbourne on Thursday night but it was their mainstay opener Michael Klinger ($13,800) who top scored with 28 runs. Coming off a bad season he is priced quite reasonably and may be ready to go on from that knock to be the backbone of the Scorchers innings. He appeals as the most likely Perth batsmen to knock up a big score in a team stacked with all-rounders.

Steve O’Keefe ($10,700) is clearly the best value play based on our projections, predominantly due to his low price. He is a very economical spinner who is suited on his home ground and with an economy rate of around 6.2 across the past two seasons he projects as the most likely bowler to benefit from economy bonus points. He can also hit at a high strike rate which is vital for scoring points batting down the order as opportunity is limited. He looks one of the better cheaper options in this match.

The pace battery of Nathan Coulter-Nile ($13,200) and Jason Behrendorff ($11,700) impressed in Melbourne with both scoring in excess of 80 points. At their price points they are clearly in play here with such upside at their price but are sure to be highly owned for that reason. Don’t give up on Ashton Agar ($17,400) who should appreciate this pitch and had a reasonable opportunity with the bat coming in at no. 6.