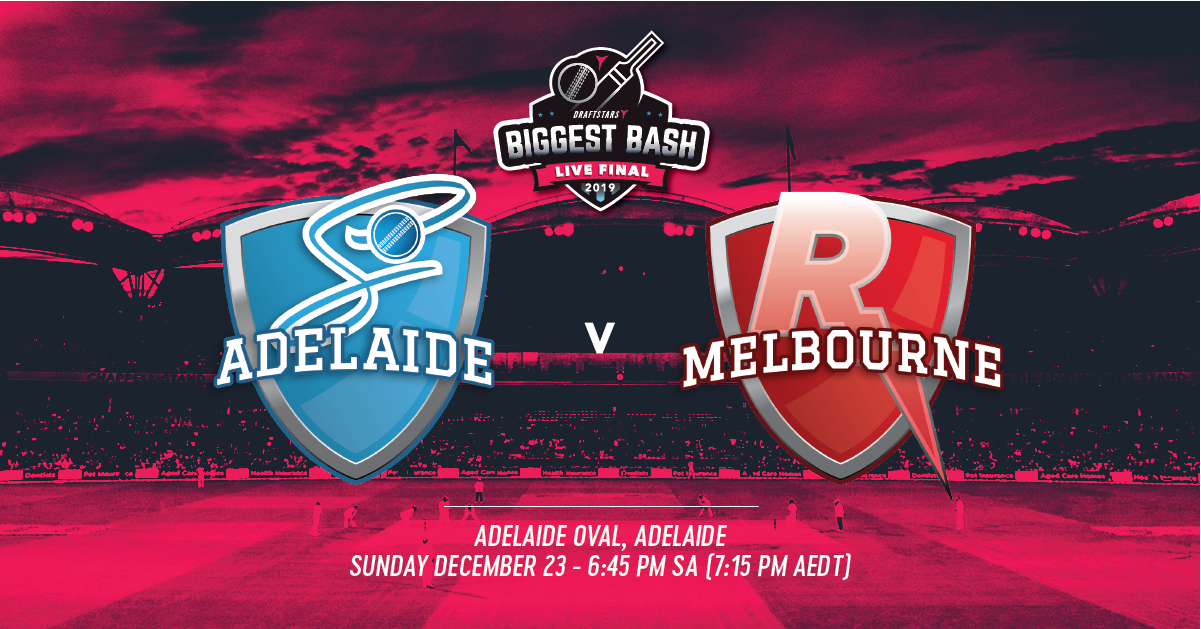 The Adelaide Strikers return home to the Adelaide Oval for a massive Sunday clash against the Melbourne Renegades. Both teams won their first outing in BBL08 – the Strikers were dominant over the Heat in Brisbane, while the Renegades had a few sticky moments with the bat but won convincingly for the first time over the powerhouse Perth Scorchers. It may only be early in the season but those wins set the tone for a massive clash here.

We also have full profiles of the squads of all eight Big Bash teams, so you can read up on any of the Adelaide Strikers or Melbourne Renegades players you may not be familiar with prior to building your lineups.

The Adelaide Oval has been an interesting venue for BBL play, with the second highest average first innings score of all the major grounds but overall statistics which are more mid-range. This suggests batting first may be an advantage and you may lean to those getting first use of the deck when building your lineups.

Alex Carey ($21,500) was the mainstay of the innings against the Heat, with his 70 off 46 balls contributing to a massive 125 points. Even though he is priced up, a score like that is just about a must to have in your side if you are to win a major contest and there is plenty of value again to work him into your lineup. He is clearly the pick of the Strikers batsmen and is expensive for a reason.

The Renegades threw Tim Ludeman ($12,100) and Jack Wildermuth ($12,000) into the fire to open the batting against the Scorchers and both failed against the pace of Behrendorff and Coulter-Nile. The upside is there for Wildermuth given his ability with the ball and he bowled an excellent spell of 2/13 off three overs to exceed value at his price tag. Wildermuth appeals at this price tag again if he keeps the opening role, but Ludeman is an ex-Striker who had success opening the batting here at the Adelaide Oval and may be under-owned given his first up failure.

Strikers captain Colin Ingram ($10,700) has got down to an exceptionally cheap price point given his quality. He has moved up the order to no. 3 which gives him further opportunity to outperform his historical figures and may be overlooked after his failure in Brisbane. Ingram can score in a hurry so if he gets going he might be the value play at a lower ownership figure to give you an edge.

We have mentioned how the international spinners have dominated the Big Bash in recent times and a couple of the best stand out at both the top of our projections and on a salary-value basis.

Rashid Khan ($20,000) got off to a flier with 3/19 off his 4 overs against the Heat to finish with a monster 128 points. His performances since joining the Strikers have been extraordinary and against the questionable top order of the Renegades he can take another game-breaking haul.

Mohammad Nabi ($17,700) was actually disappointing with the ball against the Scorchers with his only over going for 12 runs. The depth to the Renegades bowling attack is a potential negative as they were able to shelve him after that over but it has been rare for him to not bowl his full allotment so expect him to bounce back. What he did show was his ability with the bat, scoring 35 off 27 balls. His genuine all-round ability gives you two bites at the cherry and if he comes up trumps in both innings, he can deliver a must-have score.

Usman Shinwani Khan ($10,500) is another impressive international who took 2/17 off his four overs against the Scorchers. He is completely under-priced based on that effort who looks an excellent compliment to one of the expensive spinners. Keep in mind the Adelaide Oval won’t be as friendly as the Marvel Stadium deck so expecting similar figures would be misguided.