TopBetta Tournament Strategy: How to Play Catch Up 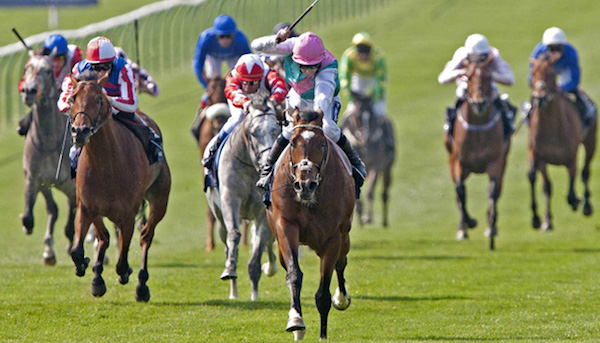 Tournament betting at TopBetta can seem like the easiest thing in the world when you hit a few winners early and play from the front all day! However, when you’re at the other end of the leader board, doing the chasing, that is when the real tactics come into play. Factors other than just your ability to pick winners, could determine whether you come out on top…or not.

Playing from behind is not always the desired scenario when competing in a tournament at TopBetta, but it can be effective if you know how to do it. We will run you through a few of the key factors that you need to take into account during the final few races when trying to make up the ground between you and the leader.

Basic TopBetta tournament strategy revolves around setting yourself up for the last race of the tournament. That is where everyone will make their move because if you hit big on that last race and leapfrog the leader, the day is done and there are no more chances to be overtaken. Knowing what to bet on in the last race is where the skill element of fantasy tournament betting comes into play.

Spend some time to look ahead at the last race of the tournament and assess the odds of the key chances in the race. This is the most important thing you can do in a fantasy betting tournament.

On the other hand, if the race is wide open and offers a few chances at around the $5 mark, then you’ll only need a portion of what the leader has to make that final winning play. If you don’t think the odds are in your favour in the last race, then work backwards and have a look at the second last race and so on until you find something that will give you a fighting chance.

Work out a plan geared towards that final race and plan your moves in advance to avoid making a hasty mistake in the heat of the moment of those final races!

Sure, you might think going all in on that $1.60 favourite in the last race will be an easy road to victory, but what if there’s a savvy opponent with a bigger stack ahead of you? They are likely to either be thinking along the same lines, or if they’ve seen you play before, they may know your tendencies and will deliberately make a similar play to try and block you from winning.

As you play more and more tournaments at TopBetta you’ll become familiar with the regulars and how they like to play. If you’re within striking distance in the last few races and you see a regular, experienced tournament player above you then you know that you’re likely going to get blocked on certain plays. When this happens, it’s best to go with something different, like a place bet for example, and hope you have a unique bet.

Playing for a place has its place

The prize pools at TopBetta are nothing to frown over, and if you’re in the top three of any tournament, the chances are you’ll be collecting a pretty tidy sum. So in some cases where the leader is out of reach, it may be worthwhile to try and hold firm to play for second or third place.

For example, say if you’re out to an early lead in a tournament only to see someone hit a $30 roughie and kill all the action. After you’ve referred them to our strategy article “When a Winning Bet is a Mistake”, you can then assess the state of the tournament. You’ll find yourself sitting in second place, with other players unlikely to bother entering or rebuying, given the massive target. There’s no point blowing your position trying to chase down the leader, and potentially risking a rebuy of your own. Instead, it might be a smarter play to hold your position and lock up second place.