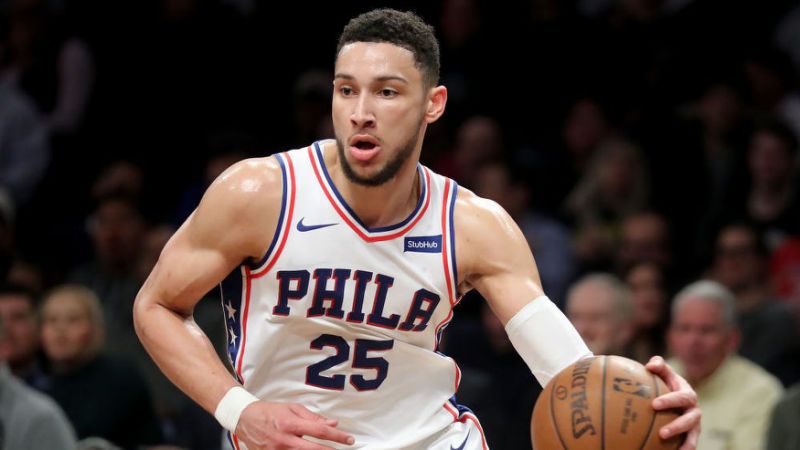 NBA Saturday has a very manageable 7 game slate this week. The major NBA DFS tournaments on offer include:

We have broken down the matchups and highlighted the key plays to help you build winning DFS line-up. For more insight into how to utilise our game breakdowns as well as how to analyse key stats and data check out our NBA DFS Training Camp series that comes out weekly:

Still injury news to come for the Miami Heat and as per usual the Minnesota Timberwolves. Out of those two games I would expect the Timberwolves Kings game to have possibly the highest total on the board, while Indiana vs Miami will be towards the lower end. There are two games of those up already over the 225 point mark which make for solid targets, the first featuring the usual suspects the Atlanta Hawks with the second being a game that might go undervalued on this slate between the Charlotte Hornets and the Philadelphia 76ers.

There are two teams in huge pace up matchups on this slate in the Detroit Pistons and the Minnesota Timberwolves. Detroit players will be obviously popular on this slate but given they might be some risk of blowing out Atlanta even though the spread is a reasonable -5 points you could look at fading them as a contrarian play.

A sneaky game stack on this slate will be the Charlotte vs Philadelphia game which should go over looked despite being the second biggest total currently and having Charlotte playing in the third biggest pace up match of the slate.

Langston Galloway (DS $6,620, DK $4,000) has found his way into the rotation over the last three games playing 20, 35 and 26 minutes. He has always flashed upside when he gets hot and he demonstrated this two games ago with a massive 42 fantasy points off the bench. This is a dream matchup for Galloway if he gets the opportunity with Atlanta playing the fastest pace in the league conceding the second most real points to SGs and fifth most to PGs this season.

Terence Ross (DS $8,090, DK $4,700) has been the sneaky play with Jonathon Isaac out with injury recently. Ross has averaged just under 30 minutes and 24 fantasy points over the last three games. He has always had a high ceiling as well, already showing it this year with a 32 point game earlier in the season. His price has crept up but he has a great matchup versus the Washington Wizards who have played with the 7th fastest pace this season and had the 3rd worst defensive efficiency.

Wayne Ellington (DS $7,160 DK $3,700) snuck into the starting line-up last game under a lot of people's noses. He played 37 minutes with the Heat struck down with several outs and scored 32.5 fantasy points. Keep an eye on the Miami injury news again for this slate as Ellington is far too cheap if he is going to be playing that many minutes.

Glenn Robinson III (DS $5,000, DS $3,700) has been in the starting lineup the last two games and exhibited both the highs and lows that come with rostering value players. In his first game he notched 24.5 fantasy points in 30 minutes but backed this up with just 8.5 points. His minutes remained consistent however so if he is starting he is one of the value players on the slate given Detroit will matchup with Atlanta. You can also expect minimal ownership after his recent performance.

Aaron Gordon (DS $12,750, DK $7,500) has found some consistency scoring over 39 fantasy points in his last three games. His price is yet to totally adjust to these performances and as mentioned previously his matchup vs the Wizards is one of the best on the slate.  In particular the Wizards have allowed the 4th most real points to small forwards in the league this season and the most rebounds, which should play right into Gordon’s hands.

Jimmy Butler (DS $15,140, DK $8,600) is on this list again as his price refuses to move significantly after a 48 point performance vs the Lakers on Thursday. He is in another prime matchup vs the Sacramento Kings on this slate who have the 21st defensive efficiency rating while playing at the second fastest pace in the league this season. The Kings have also had the ball stolen from them the 5th most times in the league this year which is a key stat that can lead to Butler's scores getting into the 60+ range.

Karl-Anthony Towns (DS $17,500, DK $8,900) is another who it feels like we are regularly mentioning in these previews. But like Butler, Towns price hasn’t moved much throughout the season and he has the same positive matchup vs the Sacramento Kings. The Kings have also give up the second most rebounds in the league to the centre position this year and been blocked the 6th most times.

Ben Simmons (DS $16,270, DK $9,800) price is too cheap on Draftstars. The matchup versus the Charlotte Hornets is league average in both pace and defensive efficiency, however they will struggle for a direct matchup with him. Last time these two teams met Simmons still managed 35 fantasy points while going 5/20 from the floor. If he gets that many FG attempts again in this contest he should exceed value.

Andre Drummond (DS $17,440, DK $9,600) / Blake Griffin (DS $18,530, DK $10,000) have the ideal matchup on this slate vs the Atlanta Hawks who have been playing the fastest pace in the league this year. Atlanta have also been giving up the 7th most real points to power forwards, the second most rebounds and the 6th most rebounds to Centres, so you can expect Drummond and Griffin to do a lot of damage on the boards. At these prices playing both together might be difficult however I think you can expect one of them to certainly have a monster night.