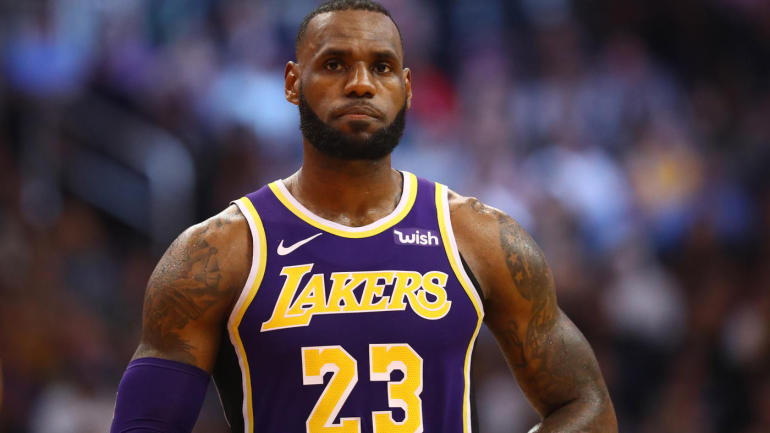 NBA Thursday is back with a mega 10 game slate to sink our teeth into. The usual major Thursday DFS tournaments are on offer:

This is a sign that the NBA season is well underway when half the game totals are not yet. Yes that means plenty of injury news to come through. You should certainly wait for this before you contemplate any serious value analysis.

Even without game totals we can still get a great idea of potential matchups to target using project pace up. There are several pace up options on this slate lead by the New York Knicks who have what has been one of the best matchups in the league this season in the Atlanta Hawks. The Knicks line-ups have been ever changing this season and if Hardaway Jnr doesn’t play again there will be significant value in smash spots.

The Toronto Raptors are in the second highest pace up matchup of the night against Sacramento. If Kawai is out again Lowry, Siakam and Ibaka are all in great sports. Once thing to beware is that they have been blitzing through this west coast trip so a blowout is a real possibility.

The Minnesota Lakers game is another with huge pace up potential. I expect this game to have the highest game total of the night when it comes up making for a great game stack opportunity.

E’Twaun Moore (DS $7,940, DK $4,500) is a GPP play only and really only to be considered if better value doesn’t open up. That said he has a great matchup vs Chicago who are 25th in the league in defensive efficiency this year. Even better they have given up the most threes to shooting guards in the league this season which is Moore’s speciality.

Kyle Anderson (DS $7,860, DK $4,100) is still too cheap across both sites now that he has moved into the starting line-up. He has logged over 27 minutes in each of his last four games and is averaging 0.72 fantasy points per minute this season.

Dennis Schroder (DS $10,710, DK $6,900) will start at point guard with Russell Westbrook out injured. This should mean not just more minutes for Schroder but also a usage bump as Westbrook has been second in the league in usage rate at 33.4%. Without Westbrook on the court Schroder has received a 2.8% usage bump this year and has averaged whopping 38 fantasy points per 36 minutes.

Kent Bazemore (DS $10,080, DK $5,700) is another who should benefit from an injury if Taurean Prince is out again. He has had a 5.5% usage increase this season when Prince is off the floor. In his last game he notched up 31.5 fantasy points and has already notched a 50+ point game this season. Furthermore the New York Knicks have conceded the 6th most real points to small forwards this season.

Brandon Ingram (DS $9,230, DK $5,700) has struggled significantly this season playing alongside Lebron and the rest of the new roster in Los Angeles. That said his usage rate has remained a solid 23% and he has 40+ point upside that can be key to winning you a GPP at this price. The matchup against the Timberwolves has the second highest projected pace on the slate and should have one of the top game totals, if not the top total.

Tim Hardaway Jr (DS $12,730, DK $7,800) has what has been arguably the best matchup from a DFS perspective to start this NBA season in the Atlanta Hawks. The Hawks are playing at the fastest pace in the league putting the Knicks in the largest pace up matchup of the slate and they also rank 20th in the league in defensive efficiency conceding the 3rd most real points to the shooting guard position. You will need to check the injury news closer to line-up lock to ensure Hardaway isn’t going to be limited in minutes, however if he is going to get his normal allotment of playing time this is a matchup where he could explode for 35 plus real points making him great value at this price.

Zach Lavine (DS $15,520, DK $8,500) has had a monster season so far culminating in a season high 60 fantasy points in his last game vs the Knicks. His price on DraftKings has risen $2.6k since the start of the year and he still looks to be value in this matchup. The Pelicans currently play at the 5th fastest pace in the league and this game has the highest total on the board so far at 229.5 points.

Jimmy Butler (DS $15,710, DK $8,200) is still involved in daily controversy, we rarely know if he is playing until line-up lock or after but he has to be mentioned as his price point remains stagnant. The Los Angeles Lakers are 23rd in defensive efficiency this season while playing at third fastest pace in the league. These two teams have already met once this year and Butler poured in 54 fantasy points.

Lebron James (DS $19,280, DK $11,000) similarly should enjoy this matchup with the Timberwolves having the second worst defensive efficiency rating in the league. When these two teams met earlier in the year James had one of his best games of the season posting 62 fantasy points. Furthermore there has been a lot of negative chatter in the media regarding the Lakers were pummelled in their last game by the Raptors, holding Lebron to just 16 points and 6 assists in the process. This is narrative street here but I expect James to be fired up for this game.

Karl-Anthony Towns (DS $17,610, DK $8,800) is the fourth player I have mentioned from this game and as mentioned earlier I like the idea of stacking it up if you can find the value. Monitoring injury news will be key as if Butler is out then Towns becomes an even bigger lock, receiving a 4.2% usage boost when Butler is off the court this year. The Lakers are 21st in defensive efficiency against centres this season and Towns dropped his biggest score of the season last time these teams met (64.5 fantasy points).

Paul George (DS $16,540, DK $9,100) is priced all the way up on DrafKings for this matchup. He is more fairly priced over on Draftstars where he is more recommended. As mentioned earlier Cleveland rank dead last in defensive efficiency receives a 3.8% usage bump with Westbrook off the court this year.