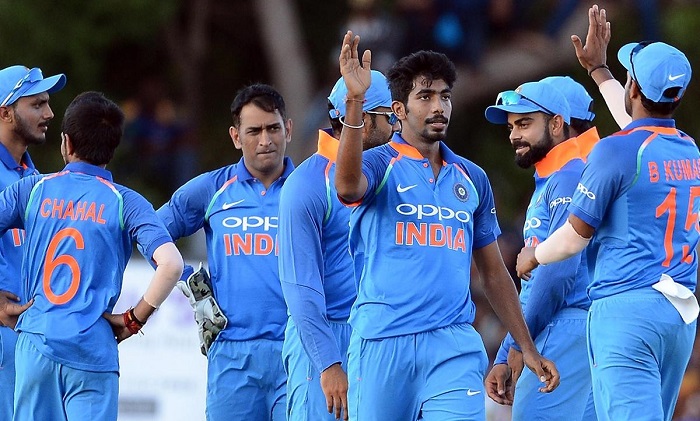 Two great rivals in the cricketing world will do battle in the ODI World Cup this Sunday night as Australia face off against India. Australia fought back from a 2-0 deficet to win the five match ODI series in India back in March and they’ll be looking to rub salt in the wound of the Indians this Sunday night!

The Aussies have started their World Cup title defence with two wins from two games, defeating Afghanistan in the opener quite comfortably followed by a tight win over the West Indies on Thursday night.

India are also undefeated in the World cup so far, having played just the one game and earning a comfortable win over South Africa. Rohit Sharma was the man of the match with a masterful 122 off 144 balls and he’ll be looking to bounce back from a disappointing series against Australia which saw him score just 202 runs through five games.

The Indian leg-spinner was dominant in their win over South Africa on Wednesday night, picking up 4/51 from 10 overs and was unlucky not to claim man of the match honours. Chahal played just two of the eight games between Australia and India this year, but claimed seven wickets at an average of 17.

Indian selection will likely be horses for courses in this World Cup, with the likes of Ravi Jadeja waiting on the sidelines ready to come in. Kuldeep Yadav is the preferred spinner over Chahal but we think it’s very unlikely that the leggy gets dropped after the dominant performance in the opening game.

Kumar doesn’t get the praise of his opening partner in Jasprit Bumrah but is arguably just as important to the team. Picked up two wickets at an economy rate of just 4.40 in the win over South Africa on Wednesday night and has had a dominant record over the Aussies in five games this year.

Kumar played all three ODI matches in the Australia series and two of five of the Indian series in 2019. He picked up 12 wickets in the five games and claimed the scalp of Aussie opener Aaron Finch in four of them. Is a great priced bowler who will certainly bowl out his full complement of 10 overs.

Finch was our player to avoid in the West Indies game and he couldn’t manage to prove us wrong. The opener went out for just 6 on Thursday night and added two catches in a pretty disappointing night. Unfortunately for him, we can’t see if getting much better against India. Finch has already played eight ODI matches against India in 2019, and in those eight matches he has record just one score over 40.

Indian opening bowler Bhuvneshwar Kumar captured Finsh’s wicket on four occasions throughout the eight games, all bowled or LBW and in the Test series over the Australian Summer, Finch was absolutely tormented by Jasprit Bumrah. He averaged just 16.16 in the three Tests he played over the Summer.