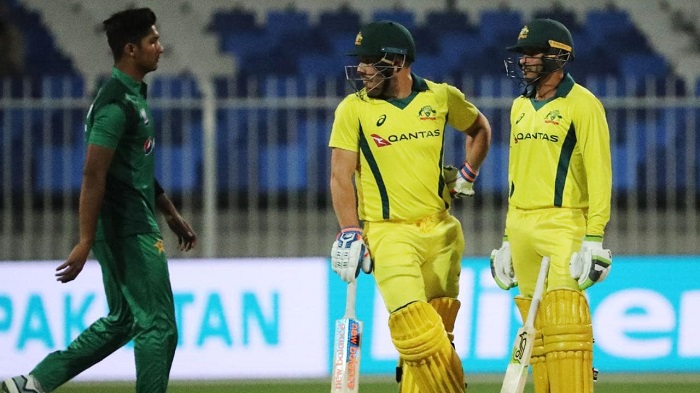 Australia will look to move to 3-1 in the round robin stage of the ODI World Cup this Wednesday night as they face off against Pakistan from 7.30pm (AEST).

The Australian’s suffered a tough defeat at the hands of India on Sunday night after the Indian’s batted first and piled on a monster score of 352. Despite another resolute batting display by Steve Smith, who scored 69 off 70 balls, the Aussies fell 36 runs shy of the target to pick up their first loss of the tournament.

Pakistan got their tournament off to a shaky start by losing to the West Indies in horrendous fashions. They were bowled out for just 105 and it took the West Indies just over 13 overs to chase the total down. Pakistan bounced back in Game 2, defeating the tournament favourites and home nation, England, after piling on 348 batting first. Their third scheduled game against Sri Lanka was abandoned due to rain leaving them with a 1-1-1 record, currently sitting in eighth place.

The two sides will battle it out from 7.30pm (AEST) on Wednesday and both of the major daily fantasy sports sites in Australia, Moneyball and Draftstars, are getting in on the action by offering a $15,000 guaranteed tournament for the game for just a $15 entry fee.

After a year out of the game due to suspension, it looks as though Steve Smith has not missed a beat. The Australian star moved up one spot in the batting line-up against India on Sunday night but that didn’t faze him as he top scored for the Aussies, scoring 69 off 70 balls. He was great against the West Indies on Thursday night as well, playing a match saving innings after the Australians were 4/38. Smith scored 73 off 103 balls to help Australia to a defendable target of 288.

Smith has an ODI batting average of 42.24 but in 10 games against Pakistan that average jumps to 55.66. he has made two hundreds in those ten games and a further three fifties. Will stay at No.3 in the line-up against the West Indies so should have plenty of time to build an innings.

Hafeez is particularly good value if you’re interested in playing Moneyball on Wednesday night. He is the highest priced Pakistani player on Draftstars but ranks at just the 6th highest on Moneyball. Had an absolute monster game against England in his last clash, scoring 84 runs off just 62 balls and taking a wicket as well to score 78.5 fantasy points on Moneyball.

All-rounders are worth their weight in gold in fantasy cricket, certainly the ones that can hit the ball above 100 strike rate with ease like Hafeez can. We always expect the likes of Mitch Starc and Pat Cummins to pick up a few early wickets so Hafeez could be called into play early here.

Khawaja had a monster series against Pakistan earlier this year, scoring 272 runs at an average of 54.40 but will be facing a completely different bowling attack on Wednesday night. The Aussie batsman was dropped to No.4 in the batting line-up after two rough games to open the World Cup against Afghanistan and the West Indies in which he scored a combined 28 runs. Seemed more at home at No.4 but still only managed 42 runs and 25 fantasy points.

With Shaun Marsh waiting in the wings, the pressure is really on Khawaja to perform here and throughout his career, he has not dealt with pressure extremely well. I’d be staying away from a volatile Usman Khawaja on Wednesday night.