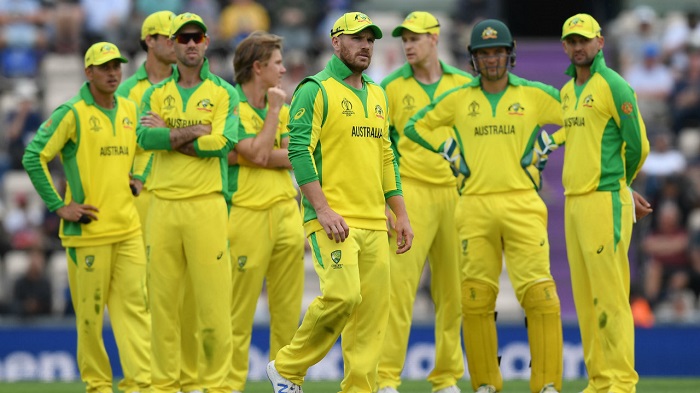 Australia will look to make it 2-0 in the round robin stage of the 2019 Cricket World Cup when they face off against the West Indies on Thursday night from 7.30pm (AEST).

The Aussies restricted Afghanistan to just 207 on Saturday night before chasing down the total in 34.5 overs. Pat Cummins and Adam Zampa picked up three wickets each while David Warner scored a brilliant 89* off 114 balls.

The West Indies kicked off their campaign with a dominant win over Pakistan on Friday night. Their bowling attack was firing on all cylinders as they rolled Pakistan for just 105 with Oshane Thomas claiming 4/27 off 5.4 overs. Chris Gayle scored a quick fire 50 off just 37 balls as the West Indies chased down the small total in 13.4 overs.

Draftstars and Moneyball have some great Daily Fantasy tournaments on offer once again this Thursday night and we have you covered with all of the contest info and our best fantasy tips for the night below! Moneyball in particular has gone out with a monster $20,000 guaranteed prize pool for the Australia vs West Indies game!

Arguably the most exciting cricketer in the world at the moment, Andre Russel has taken over limited overs cricket over the past few years. He has absolutely dominated the world T20 circuit playing for the Kolkata Knightriders, Islamabad United, Jamaica Tallawahs, Multan Sultans, Sydney Thunder, Sylhet Royals and the Vancouver Knights as well as playing over 50 ODI matches for the West Indies.

The hard hitting all-rounder averages 28.51 with the bat in ODI matches and has taken 67 wickets at an average of 31.82. He wasn’t needed with the bat in the West Indies win over Pakistan on Friday night but was on song with the ball, taking 2/4 off three overs. Is also one of the best outfielders in the world and is always put in the hot spots so multiple catch games are in play.

At just $5,000 at Moneyball, is by far the cheapest batsmen of the eight players that make up the top four in each sides batting line-up. Was brilliant in the win over Pakistan on Friday night, scoring 34 runs off just 19 balls including four 4’s and two 6’s to lead the West Indies home.

The great thing about Pooran though, particularly at Moneyball, is that you can get him as a wicket-keeper. Pooran is $1,700 cheaper than Shai Hope, who is the No.1 wicket-keeper for the West Indies and opens the batting, however, if you need the extra batting position for a designated batsman, Pooran is a great cheaper option to slide into the WK position.

The Aussie skipper was fantastic in the win over Afghanistan on Saturday night. He and opening partner David Warner put on a 96 run partnership for the first wicker, with Finch finishing on 66 off just 49 balls including six 4’s and four 6’s. However, we are opting to stay away from Finch on Thursday night due to a pretty woeful record in nine previous ODI matches against the West Indies.

Finch averages a healthy 39.59 in ODI matches but that average drops to just 18.55 in the nine games against the West Indies. He hasn’t managed a single fifty in nine innings and has been dismissed by West Indies paceman Jason Holder on four different occasions. Holder claimed three wickets in the Windies opening game and could be renting some space in Finch’s head on Thursday night.

The Daily Fantasy Rankings "Dragon" has scoured the Australian sports betting markets and found some great value picks for the clash between Australia and the West Indies in the ICC Cricket World Cup. Check out his picks for the day below and click on the links to follow his betting plays!