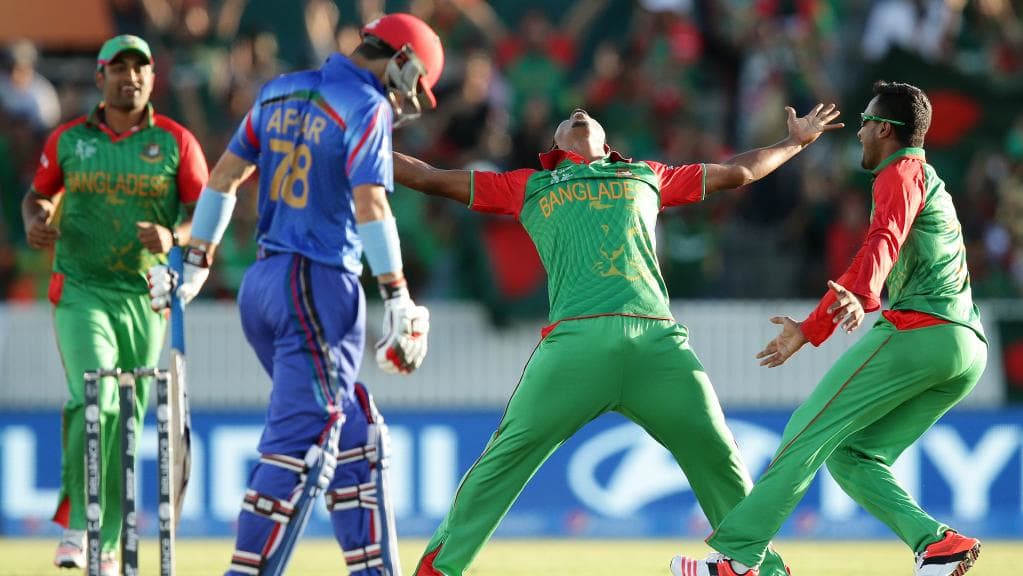 Week 5 of the 2019 ICC Cricket World Cup kicks off Monday night with Bangladesh taking on Afghanistan from 7.30pm! Rose Bowl Cricket Ground in Hampshire will host the clash which is a must win game for Bangladesh.

Bangladesh currently have a 2-3-1 record through their opening six games and sit just three points behind the English, who are in fourth place. With three games to play, if the Bangladesh side can win two or more of those games, they will give themselves a great chance of qualifying for the semi-finals.

For Afghanistan, the tournament is now all about pride. They have a 0-6 record through their first six games and while they have been competitive at times, they have looked a step below their opponents in the majority of their games. They’ll be looking to claim one scalp in their last three games against Bangladesh, Pakistan and the West Indies.

Moneyball and Draftstars are offering some great tournaments for the Monday night clash with $7,000 guaranteed on offer in the two feature tournaments alone. As usual, we have a full fantasy breakdown for the game below!

The best all-rounder in the world has proven himself and more in this tournament so far. Through five innings, he has made 425 runs at a ridiculous average of 106.25 including two hundreds and two fifties. He has also been a key player with the ball for Bangladesh, picking up seven wickets through their six games.

Shakib is in arguably the best batting form of his career at the moment and also has a dominant bowling record against Afghanistan. In six career games against them, the all-roudner has picked up 13 wickets at a fanastic average of just 19.00 including best figures of 4/42.

Naib has been arguably the most impressive bowler for Afghanistan throughout their opening six games. He has picked up seven wickets at an average of 39.00 with best figures of 3/68. He is coming off two great games against quality opponents in England and India in which he picked up five wickets and also averaged 32 with the bat.

He has played just two career games against Bangladesh in which he has picked up two wickets and has made 42 runs without being dismissed.

The Bangladesh all-rounder hasn’t set the world on fire in the World Cup so far. He has picked up just five wickets through their six games and gone wicket-less in three of those games. He has batted in five of the six games and scored over 20 runs on just one occasion.

Mehidy has played just two career ODI matches against Afghanistan. He averages just 9.00 runs with the bat through those two games and has taken zero wickets.