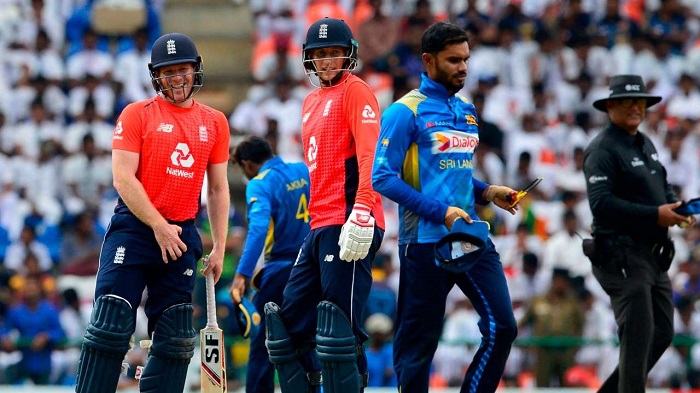 England will be looking to join Australia on top of the ODI World Cup table as they face off against Sri Lanka on Friday night from 7.30pm!

England currently have a 4-1 record through their opening five games and can draw level with Australia on ten points with a win on Friday night. A win would also secure a spot in the semi-finals, so there’s a lot on the line for the English tonight.

For Sri Lanka, it’s do or die from here on out. They are the unlucky side to have two of their five games abandoned due to rain, both winnable games against Pakistan and Bangladesh. They have a 1-2 record through their remaining three games and will probably need to win at least three of their remaining four games to advance.

Both Moneyball and Draftstars have some fantastic tournaments on offer for the game on Friday night, including a $5,000 guaranteed feature tournament each! As usual, we have a full fantasy breakdown for the game below.

The England No.3 has been arguably the most consistent batsman in the World Cup so far. He has scored 367 runs in five innings at an average of 91.75 including two hundreds and two fifties. Usually comes in after the English opening pair have got the team off to a good start and is able to score at a run a ball at will.

Might be the highest priced player on Moneyball but is great value at Draftstars as just the fifth on the price-board behind a host of English players. He has scored 159 runs in just three innings in this World Cup, including two fifties and a high score of 78. Open’s the batting for the Sri Lankans so is never starved of opportunity and is usually good for a catch or two with the gloves.

Perera doesn’t have a fantastic record against England but has only played one innings against the Three Lions since 2019, in which he scored 30 runs. We are taking recent form into account here more than form against opponent.

We aren’t knocking Stokes ability here, we are just concerned about the opportunity he has had in the opening games of the World Cup. The English batting line-up has been in such good form that he has barely been needed with the bat, except for late innings hitting, and he has only bowled more than six overs in one of the five English games so far.

We think there are better all-round options if you are playing Moneyball like Moeen Ali, who should bowl his full complement of overs. If you’re playing Draftstars, stick to English batsmen in the top four.