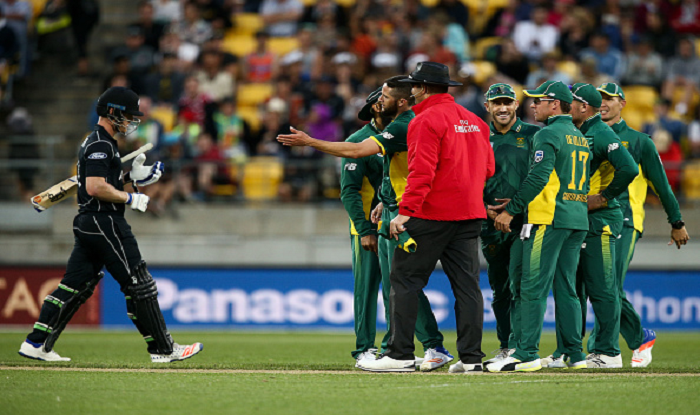 The game of the week in the ICC Cricket World Cup sees New Zealand facing off against South Africa this Wednesday night from 7.30pm!

It’s a must win game for the Proteas, who currently have just three points through five games in the round robin stage. One more loss and South Africa can kiss their chances of making the finals goodbye.

New Zealand will be looking to remain undefeated in the round robin stage after racking up three wins with one washout through their first four games.

The major daily fantasy players have some fantastic tournaments on offer for the big game with Moneyball offering a guaranteed $8,000 tournament and Draftstars hosting a $3,000 tournament.

As usual, we have a full fantasy breakdown for the clash below!

In our opinion, the best all-rounder on the slate on Wednesday night is South African Andile Phehlukwayo.. Has scored over 30 fantasy points in all four of South Africa’s games so far including a top of 59.5 points in their last game against Afghanistan. He has taken at least one wicket in each match and made at least 17 runs with the bat in three of the four games. Chips in wherever he is needed and is almost a lock to rack up at least 30 points at Moneyball and 60-70 at Draftstars.

Another solid all-rounder who has contributed with both bat and ball so far this tournament is James Neesham. The medium paceman has picked up seven wickets through four games including a monster five wicket, 95.5 point (Moneyball) performance against AFG in the Black Caps last game. Has also contributed with the bat in his two innings, scoring 20 off 20 against the West Indies and 33 off 25 against Bangladesh.

Has a good record with the bat against South Africa too. In his last six games against the Proteas, Neesham has scores of 41, 29, 71*, 13, DNB and 24. Not bad at all for a guy batting at No.7 who is also going to get wickets.

We are optiong to stay away from the New Zealand wicket-keeper on Wednesday night due to a lack of run in the World Cup so far. He has only been required to bat twice for the Black Caps, both in minimal roles down at No.6. He went out for a duck in his first innings against Bangladesh and made 13* against Afghanistan.

His career batting average of 33.44 drops to 28.12 in nine ODI matches against South Africa and in his last three digs against the Proteas, he averages just 0.66. With Moneyball requiring you to select a keeper, and Quinton de Kock the other option on the board, it’s a no brainer.