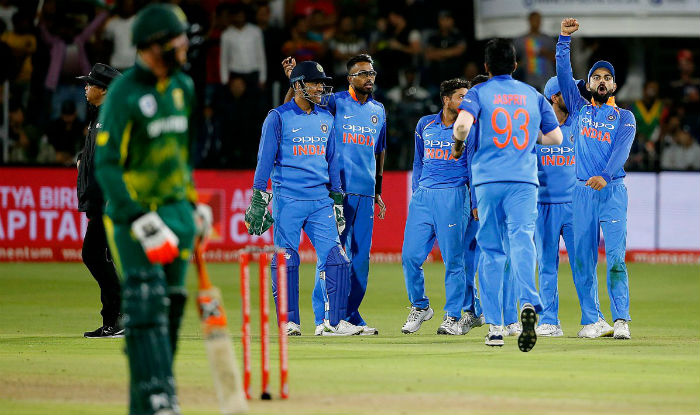 The ICC Cricket World Cup continues this Wednesday, the 5th of March as India kick off their campaign in a blockbuster matchup against South Africa. Leading Australian Daily Fantasy Sports webistes Draftstars and Moneyball continue to offer tasty prize-pools nightly for the World Cup so we’ll continue to offer up our best fantasy tips every day! The game gets underway at 7.30pm (AEST) and is set to be a cracker with South Africa desperately needing a win after starting the tournament with two losses to England and Bangladesh.

Wednesday night also offers another great contest between Bangladesh and New Zealand. Moneyball and Draftstars have some great contests for this game as well, which gets underway at 10.30pm (AEST).

Arguably no player in the 2019 World Cup has more potential production than the champion off spinner Ravi Jadeja. In fact, it’s a slight on Jadeja these days to pigeonhole him as just an off-spinner. The all-rounder will likely bat at No.7 for India in this tournament and will no doubt bowl his allotted 10 overs every match.

Not only is Jadeja one of the most accomplished spinners in the world, having claimed 174 ODI wickets at a tidy economy rate of just over 4rpo over his career,  he is also lethal with the bat. Jadeja averages 29.92 including 10 fifties in his 101 ODI innings and will be absolutely vital in the middle-lower order for India in this tournament. Jadeja is always in the game with bat and ball as well as being arguably the best fielder on the Indian team.

One of the break out performance of the early stages of the World Cup has no doubt been South African middle order batsman Rassie van der Dussen. He boasts two admireable scores in both of the South Arican losses, notching up 50 off 61 balls against England in the tournament opener before compiling 41 off 38 balls in the loss to Bangladesh.

It’s taken some time to crack into the South African international outfit for van der Dussen but with the departure of key players such as A.B. de Villiers, his spot looks cemented now. Has played just 10 innings in ODI colours for South Africa and averages a ridiculous 74.00 with the bat including five fifties and a high score of 93.

Throughout his career that has constantly seen him in and out of the South African team depending on the availability of preferred batsmen, we still have massive querries over the enigma that is J.P. Duminy. Duminy started the World Cup with a disappointing innings in the loss to England, scoring just eight runs before being dismissed by Moeen Ali. Duminy bounced back in Game 2 with 45 off just 37 balls in the loss to Bangadesh.

Duminy’s record against India is worrying. He averages a healthy 37.22 in 196 total ODI matches but against India that average drops significantally to just under 29. He has made just one 50 in his last 12 innings against India in ODI cricket, having been dismissed by eight different bowlers in those 12 games.

The Daily Fantasy Rankings "Dragon" has scoured the Australian sports betting markets and found some great value picks for the Wednesday night double header in the ICC Cricket World Cup. Check out his picks for the day below and click on the links to follow his betting plays!