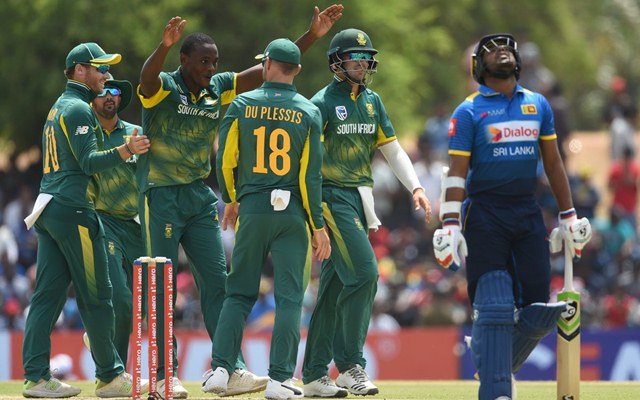 Sri Lanka will face off against South Africa in the 2019 Cricket World Cup round robin stage this Friday night! It’s a must win clash for Sri Lanka, who currently just two points outside of the top four with three games still remaining.

South Africa have had a tournament to forget so far, winning just one of their seven games and will look to salvage something from yet another failed World Cup campaign on Friday night.

The major Australian daily fantasy sites have some great tournaments on offer, with $8,000 up for grabs in the two feature tournaments alone at Moneyball and Draftstars. As usual, we have a full fantasy breakdown for the game below.

The South African opener and wicket-keeper has looked ominous at times throughout the tournament so far but has, so far, failed to convert his starts into that big match-winning score. We think a big score for the power-hitter at the top of the order is just around the corner, and given his dominant record against Sri Lanka, it could be in this game.

De Kock’s ODI average of 45.23 climbs to 50.18 in 23 career matches against Sri Lanka and in his last six scores against them read 54, 81, 94, 121, 51 and 6. Has dropped in price throughout the tournament, particularly at Moneyball, where he is now just the eighth highest priced player.

Karunaratne started the tournament in hot form by making 52, 30 and 97 in his first three innings against New Zealand, Afghanistan and Australia respectively. Managed just one run against England in his last game but has proved to be the rock of the Sri Lankan top order.

The opener has never faced South Africa in his 22 game career, however, in seven career Test matches against the Proteas, his average jumps from 36.05 to 43.84 and includes a monster score of 158* last July.

The veteran has had a pretty poor World Cup campaign so far by his lofty standards. Through five innings, he has scored just 117 runs at an average of 23.4 and compiled just one score over 50. Scored just 6.0 fantasy points in his last game against Pakistan after aking two runs with the bat and has looked extremely shaky early in each of his innings so far.

Has been a dominant ODI batsmen for the majority of his career and his record against Sri Lanka is pretty impressive. He racked up five hundreds in his first 16 games against them, but in the most recent ODI series against Sri Lanka, in August of last year, the opener made just one score over 50 and averaged just 32.2.