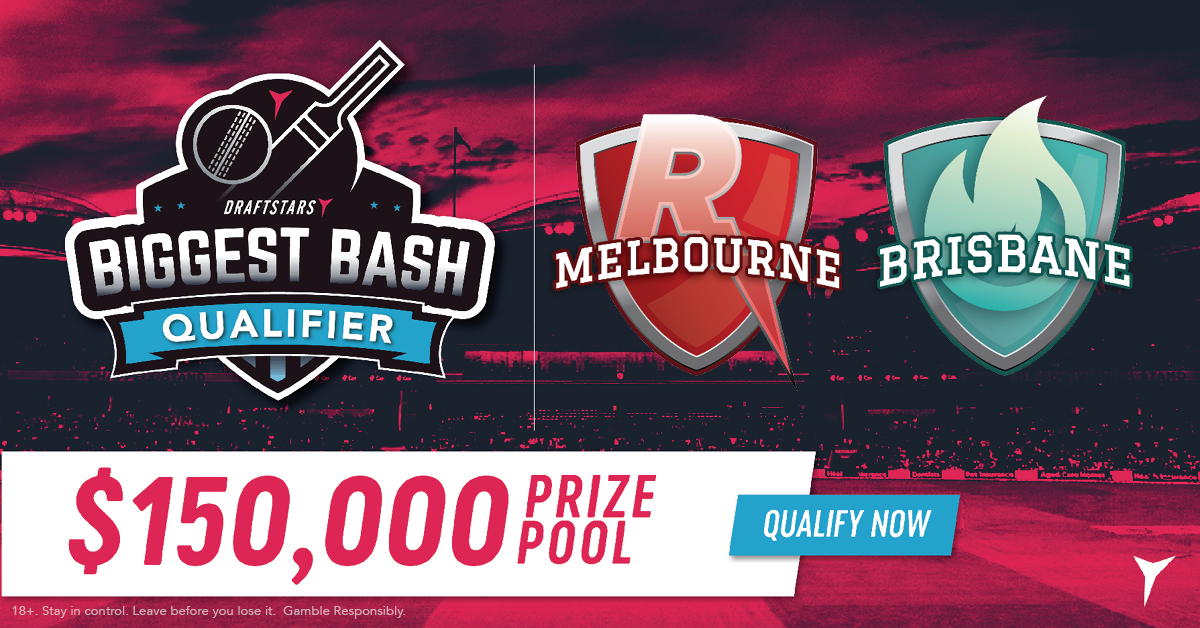 The second leg of Sunday’s BBL08 triple header sends the Brisbane Heat down to Geelong to take on the Melbourne Renegades at GMHBA Stadium. These two teams played on Thursday night at The Gabba where the Renegades were far too good and chased down the Heat’s score of 144 with 8 wickets in hand and over four overs to spare. That took the Renegades to 4-3 and a share of 2nd on the ladder, while the Heat languish near the tail at 2-4 in what is a very competitive season.

Last year’s game at GMHBA Stadium in Geelong was a low scoring contest and the game there earlier this season was also on the lower end. The Strikers made 158 batting first and the Renegades were never in the hunt, struggling to 9/126 off their full 20 overs in reply. Jake Weatherald was the only batsman from the two teams able to get going and the bowling was dominated by the spinners and the seamers able to bowl with variety.

Need more information on any of the players in this match? Check out our squad profiles of the Melbourne Renegades and the Brisbane Heat to make sure you are in the know before you construct your lineups.

Marcus Harris ($12,000) should take a liking to the short cow corner boundaries at Geelong (just ask fellow left hander Jake Weatherald) and is second up after a promising knock against the Heat up at the Gabba, scoring 28 off 18 balls with 1 six. With the ease of the run chase against the Heat in the previous matchup, confidence will be high for Harris to attack the Heat bowling and he looks well underpriced here.

Daniel Christian ($14,900) would be disappointed with his previous game for the Renegades and will be looking to bounce back. He wasn’t able to apply pressure with the ball and then wasn’t required with the bat. Christian has bowled every game with 4 wickets in the tournament and has taken a massive 7 catches through the season. With an average of 47 fantasy points, Christian is always in the game whether it is bat, ball or field and now you can get him at a reduced price. This pitch suits his variety with the ball and may provide time at the crease so his upside is enticing.

Max Bryant ($14,000) has been very consistent in his first BBL tournament. He gets a start, plays some good looking strokes then gets out. This shows in his fantasy points scores from the last four – 20, 59, 19, 65. Will we get the same performance? Or does Bryant go on and finally make a big one? The key to his scoring is his strike rate – while he may not have scored more than 36 runs in any innings, he consistently earns a strike rate bonus and has hit a whopping 8 sixes through the tournament. With Brendan McCullum now in form and the x-factor of Chris Lynn, Bryant will be available at a much lower ownership and is capable of outperforming his salary.

Cameron Boyce ($16,900) bowled exceptionally well in the last matchup and I don’t see how the Heat batsman adjust in such a short time period. The Heat just don’t play spinners that well (scores by spinners in past three games: Boyce 88FP, Cook 114FP, Ahmed 50FP and Agar with 27FP with a rolled ankle) and whilst Boyce is not the calibre of the top spinners in the tournament, Boyce will get through 4 overs and look to pick up wickets at an economical rate. He took 2/17 against the Heat last time and his only game at GMHBA he took 2/16, both off his full allotment of overs, so a repeat here would obviously be very valuable for your side.

Mujeeb Ur Rahman ($17,500) is regularly used in the power play with last matchup seeing two overs from his spin bowling. The mystery man ended up picking up 1 wicket there and can often be relied upon on for the economy bonus with only 1 game out of 6 going over 28 runs. Very consistent yet has a great upside if he can strangle the Renegades top order on what is likely to be a suitable deck. The salary brings risk but may also restrict ownership somewhat and he is good enough to cover it.

Englishman Harry Gurney ($8,000) makes his Renegades debut here and has slipped under the guard of the finance men at Draftstars, coming in on the minimum salary. He has loads of T20 experience and has taken more than a wicket per game over 110 matches with his left arm fast-medium pace bowling. With no Shinwari Khan or Richardson here, Gurney takes on the role of spearhead and looks a great play to not only provide value at his salary, but to open up cash to fit in some of the more expensive players.