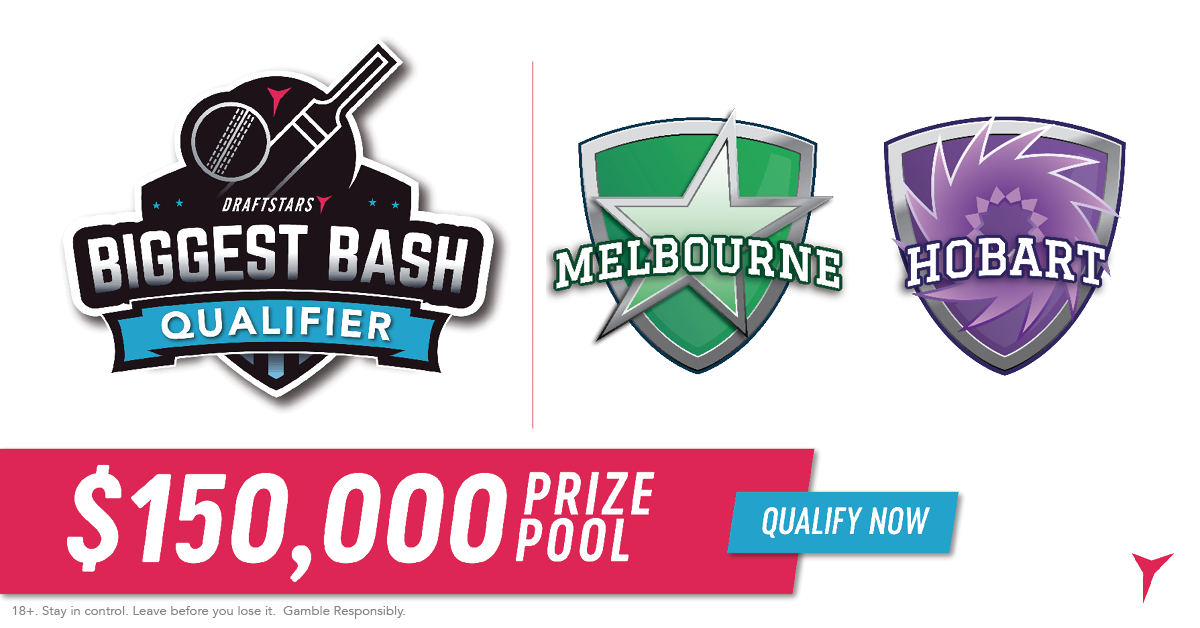 BBL08 heads to Melbourne on Monday night where the Melbourne Stars will host the top of the table Hobart Hurricanes at the MCG. The Stars have fallen to 3-4 after losing to the Strikers and the Scorchers in their past two matches and are still missing their key players to Australian duties. The Hurricanes lost their first game of the season to the Renegades last time so will be looking to bounce back against the team they beat comfortably earlier in the season.

The Melbourne Cricket Ground has been quite bowler-friendly in recent seasons returning very similar numbers to the SCG with low boundary numbers, perhaps reflective of the long boundaries. Teams batting first have produced very low runs per wicket and runs per over numbers, and have only won 20% of complete matches as a result. In the first game there this season the Renegades could only manage 148 batting first and the Stars chased it comfortably, reaching the target three wickets down with 13 balls to spare. The second game was very similar – the first innings total of 146 by the Stars was picked off by the Scorchers only four wickets down, with 14 balls remaining.

Not sure who some of these players are? Check out our squad profiles of the Melbourne Stars and the Hobart Hurricanes to make sure you are up to date before you construct your lineups.

D’arcy Short ($25,100) failed for the first time this tournament against the Renegades last time on what hasn’t been a happy hunting ground for batsmen. Earlier this season he won man of the match honours against the Stars, taking 2/23 with the ball and crunching 34 off 22 balls before being dismissed in bizarre fashion, registering 109 fantasy points. He could be scary against a light Stars bowling attack and is an obvious chance to be the highest scorer of the match so he is a worthy play despite that high salary.

Ben McDermott ($12,900) is sent out at a very reasonable price here despite a fantasy average this season of 39.7. He cracked his first 50 of the season last game against the Renegades in what was a very responsible knock after early wickets fell. He hasn’t scored below 26 fantasy points all season which is a very solid floor at this salary and has very good hands, twice taking three catches in a match. He looks a very valid option at this price.

Evan Gulbis ($13,600) has thrived since moving to the top of the order for the Stars, scoring 37 with the bat in both knocks in just 25 and 29 balls respectively. Encouragingly he was also given two overs with the ball last game and was very tidy, conceding only 11 runs to earn the full economy bonus. His batting alone at the top of the order has been good enough to recommend so with the possibility of bowling he makes for a very solid play.

Once again Dwayne Bravo ($20,000) looks a terrific option if you can fit his salary into your lineup. Even when his usually reliable bowling failed to fire last time – his four overs went for 51 runs – he was able to salvage points by making 33 off 23 balls with the bat. His upside is enormous given his ability to score in all categories and his salary may limit his ownership given Short’s presence in the match so that might present an opportunity to pivot to Bravo from Short to try for an edge over the field.

Englishman Liam Plunkett ($13,700) demonstrated his upside against Adelaide last game, taking 4/36 off his four overs. He has taken a wicket in each of his first three games and last game may be a pointer that he is settling into the Australian conditions. His economy rate has been concerning so he brings risk if he can’t take a pole, but he has the required upside at this salary.

Those looking for a cheap bowling option could do a lot worse than go for the Hurricanes cult hero Clive Rose ($10,600). Three times this season he has either taken two wickets or a wicket with an economy bonus, with scores between 38 and 67 being more than acceptable at this salary. Qadir kept things tight against the Stars here recently and Rose could play a similar role here and open up salary in your lineup to get the big stars in.