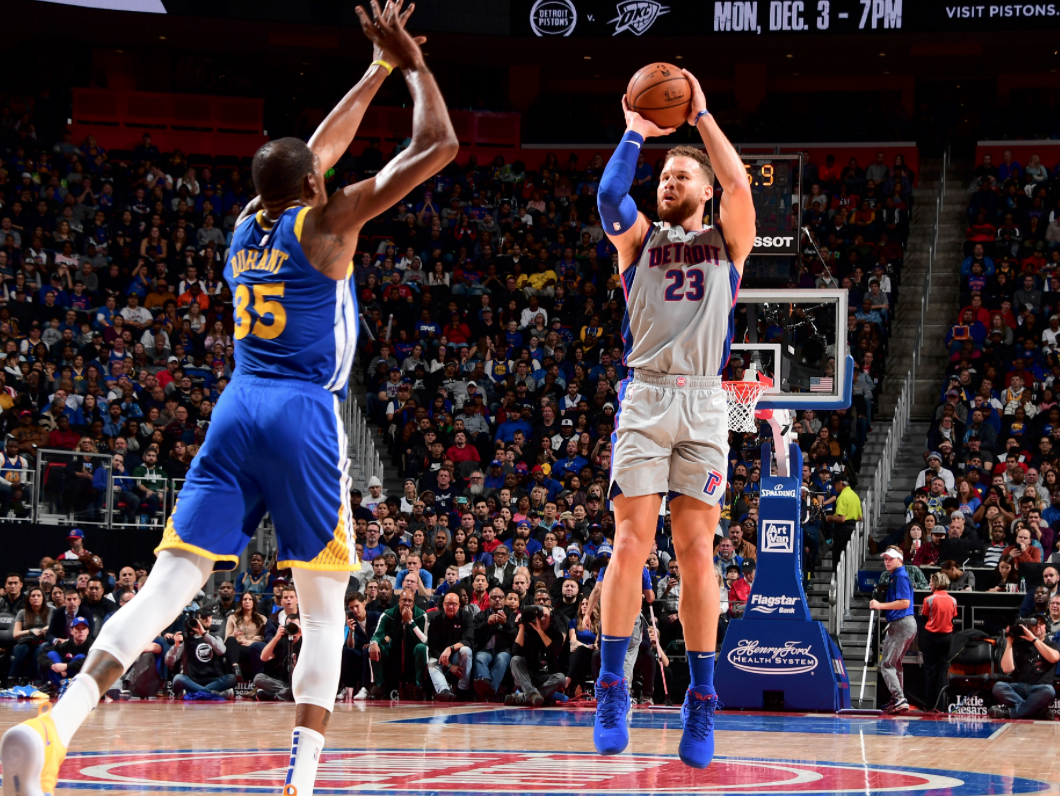 Welcome BACK! NBA Friday (Saturday AEST) returns post all star break after a week off with a beautiful 9 game slate to attack. The usual major DFS tournaments are on offer:

A huge selection of games to target on this slate with six games sporting totals of 220 points or better. The top total on the slate is Washington at Charlotte with a 230 point game total and line of just 5 points indicating it should stay close throughout.

Utah at Oklahoma City is another marquee matchup on the slate with a 226 point game total and 3.5 point line. The Thunder have been driving up the pace in all games lately, which should open up several options from Utah.

Detroit have the pace up matchup of the slate against Atlanta who have played at the fastest pace in the league this season. Detroit have an implied game total of +6.9 points compared to their season average, which is the top differential on the slate. Considering the game line is only 3.5 points this makes the Pistons the most attractive team to target on this slate.

Myles Turner is listed as questionable on this slate. If Turner is out, Domantas Sabonis (DS $11,470, DK $5,500) will take his place in the starting lineup. Sabonis has been the biggest beneficiary this year in the 5 games Turner has missed averaging +10 fantasy points from an additional 10 minutes of playing time. 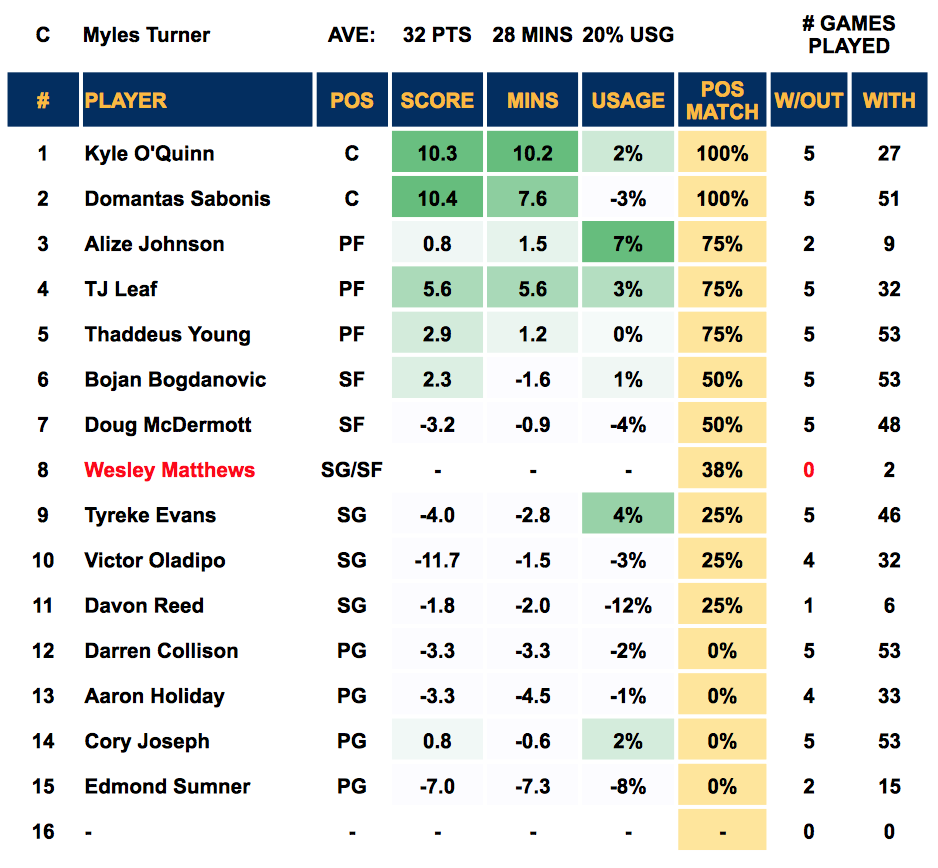 Jonas Valanciunas is out on this slate, while Joakim Noah and Jaren Jackson Jr are questionable. The Grizzlies injury list is longer than my arm and it is hard to get any real analysis on this given the recent lineup shakeups. Ivan Rabb (DS $7,580, DK $5,600) will remain in the starting lineups and likely get all the minutes he can handle. Monitor lineup news if all three players are out to see who is expected to start at power forward.

Dario Saric (DS $10,270, DK $4,800) has taken over the starting power forward role and now appears to be locked into just under 30 minutes a night. He is averaging 30 fantasy points over his last 5 games with a top score of 39. On this slate he matches up against the New York Knicks who are ranked 28th in defensive efficiency this season.

Paul Millsap (DS $9,880, DK $4,600) is incredibly under priced for a player of his capability and if he is going to play 25 minutes, his season average. In his last game before the all star break he played 30 minutes and returned 52 fantasy points. On the season he has averaged 27 fantasy points, which is a great return of value at this price point.

Avery Bradley (DS $8,310, DK $3,800) has incredibly showed signs of life since the trade to Memphis. On a team with half the roster on the injury list and no intention of winning games, Bradley is getting all the usage he can handle. In the last three games he has taken 10+ shots in each matchup and averaged 30 fantasy points. On this slate he matches up against New Orleans who have given up the fourth most fantasy points this season.

Ricky Rubio (DS $11,560, DK $5,800) is in an elite pace up matchup on this slate and is my favourite avenue of targeting Utah players. Rubio is regularly going over 30 fantasy points (6 out of his last 10 matchups) and brings sizeable 50+ point ceiling that is a GPP winning range at this price point.

Blake Griffin (DS $16,760, DK $8,900) was in great form heading into the all star break with back to back 50+ point games. On this slate he has the top matchup in the league for his position on this slate against Atlanta who have given up the most points in the league to power forwards this season. This trend has continued recently with the Hawks conceding the equal most points over the last 10 games. 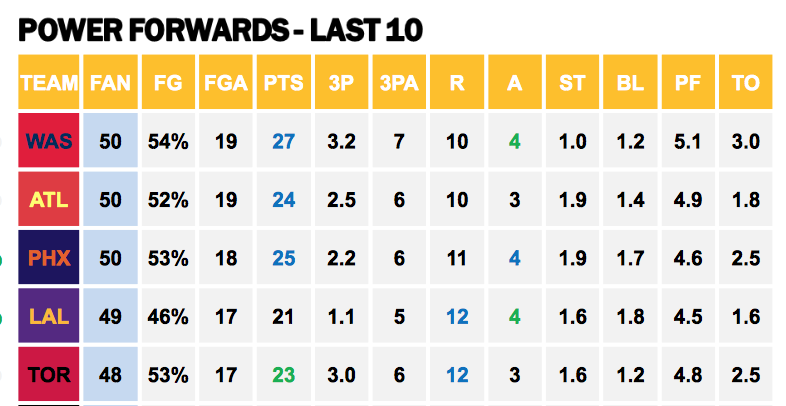