NBA Friday (Saturday AEST) brings a manageable 7 game slate to work through. The usual major DFS tournaments are on offer:

There is a lot of injury news to come with three games yet to have lines and totals set. This is common place for this time of the season as we hit tankapalooza. We break down all the injury news impacting the slate below.

The highest game total on the slate is Oklahoma City at Toronto set at 226.5 points. This should be a competitive game with both teams headed towards the playoffs, making it safe to target for DFS purposes on this slate.

Just three teams in pace up matchups on this slate, with Miami leading the way going against Milwaukee who have played at the 6th fastest pace in the league this season. Be wary of this matchup however, as the Bucks are also number 1 in the league in defensive efficiency.

My favourite game on the slate to target is Brooklyn at Los Angeles with both teams in the top 11 in pace this season.

Lebron James missed last game with a groin injury, he is a game time decision on this slate but expected to play. Rajon Rondo (DS $11,670, DK $6,400) has been the biggest beneficiary in the games James has missed this season averaging +10.5 fantasy points from an extra 10.9 minutes playing time. 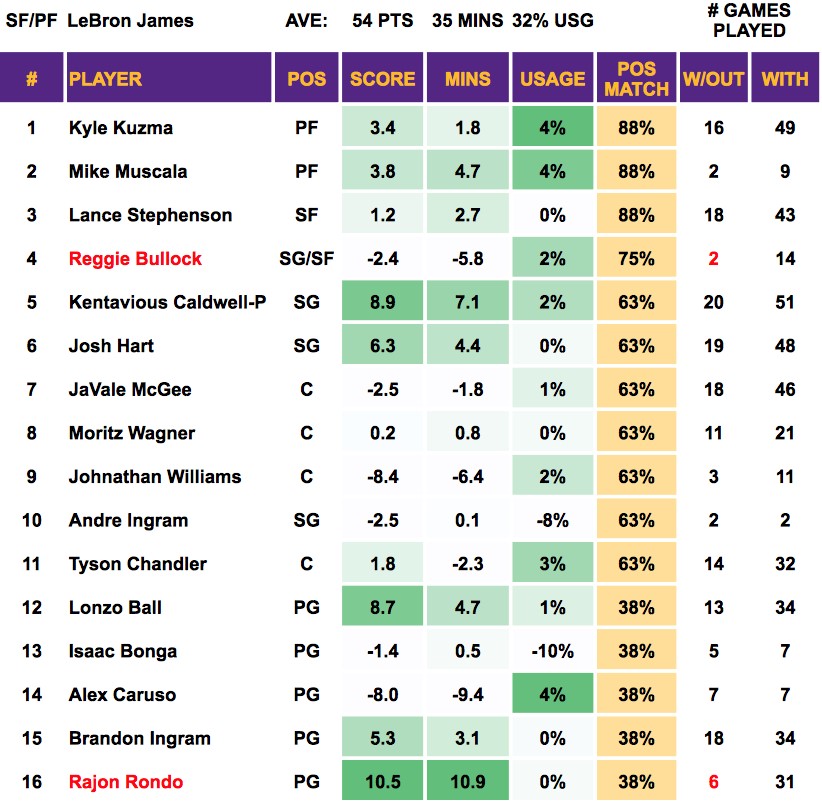 Giannis Antetokounmpo missed last game and is probable on this slate. In games Giannis has missed this season Ersan Ilyasova (DS $6,760, DK $3,700) and Eric Bledsoe (DS $12,930, DK $7,100) have been the biggest beneficiaries according to our player out tool: 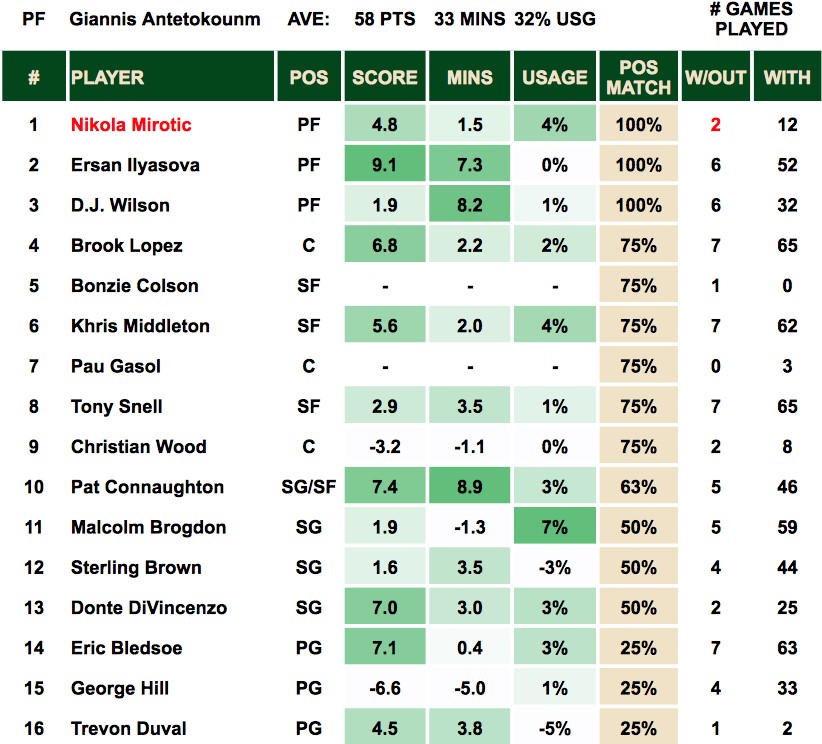 Mike Conley is considered doubtful for the game on this slate. Delon Wright (DS $10,090, DK $4,900) has been a big beneficiary with Conley out this season and will assume point guard duties and a significant usage rate given Avery Bradley is also out on this slate. 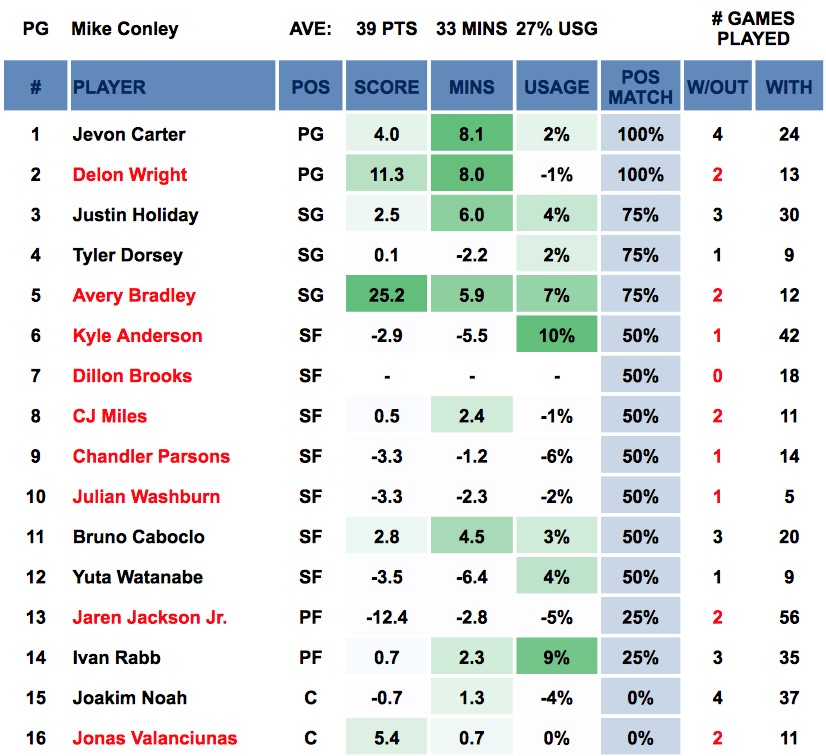 Delon Wright (DS $10,090, DK $4,900) is a lock and load play on DraftKings if Conley sits for the reasons stated above. But even if Conley plays Wright will start alongside him in the back court with Avery Bradley out. In this case he makes for a safe cash game value pay.

Brandon Knight (DS $7,870, DK $4,000) has slowly worked his way into a solid allotment of minutes with the Cavaliers and his usage has been on the rise as well. The last two games he has averaged over 25 fantasy points on this slate he has a pace up matchup against the LA Clippers.

Jamal Murray (DS $11,780, DK $6,300) brings GPP winning upside and on this slate is taking on the New York Knicks who are in the midst of an all time tankathon. The Knicks are ranked 28th in defensive efficiency this season and have given up the 5th most points to point guards over the past 10 games.

D’Angelo Russell (DS $16,010, DK $8,300) is running hot at the moment with the past two games going for over 58 fantasy points, including an unbelievable 77 in the last game that included a ridiculous fourth quarter comeback. On this slate he has the revenge narrative against the Lakers and this is an elite matchup for Russell with the Lakers giving up the most fantasy points to point guards over the past 10 games.

Kawhi Leonard (DS $16,480, DK $8,900) has been building somewhat of a rivalry with Paul George after their recent clash and this should make for an exciting match up as they play each other for the second game in a couple of days. The Thunder are a pace up matchup for the Raptors and Leonard will have all the usage he wants with Lowry out for this slate.