Just three games on this slate with game totals and lines set so far as we start to encounter the period of the NBA season with rampad rest and late outs. We break down the impact of possibly injuries on this slate below.

The three games with totals yet to be set look to be the most attractive games to target with Brooklyn at Oklahoma City likely to be the highest on the slate.

Brooklyn are in the pace up matchup of the slate against the Thunder who have played at the 3rd fastest pace in the league this year. Brookly have also been playing at a fast pace recently, ranked 9th fastest over the last 15 games. This makes this the most attractive game on the slate to target on both sides.

Orlando are also in an elite matchup against Washington who have been playing at the 7th fastest pace in the league this season and are ranked 27th in defensive efficiency.

Kevin Durant is out for the game on this slate. Durant has missed just the one game this season and it was Steph Curry (DS $17,320, DK $9,300) who saw the biggest usage increase at +13% which resulted in +6.2 fantasy points above his season average. 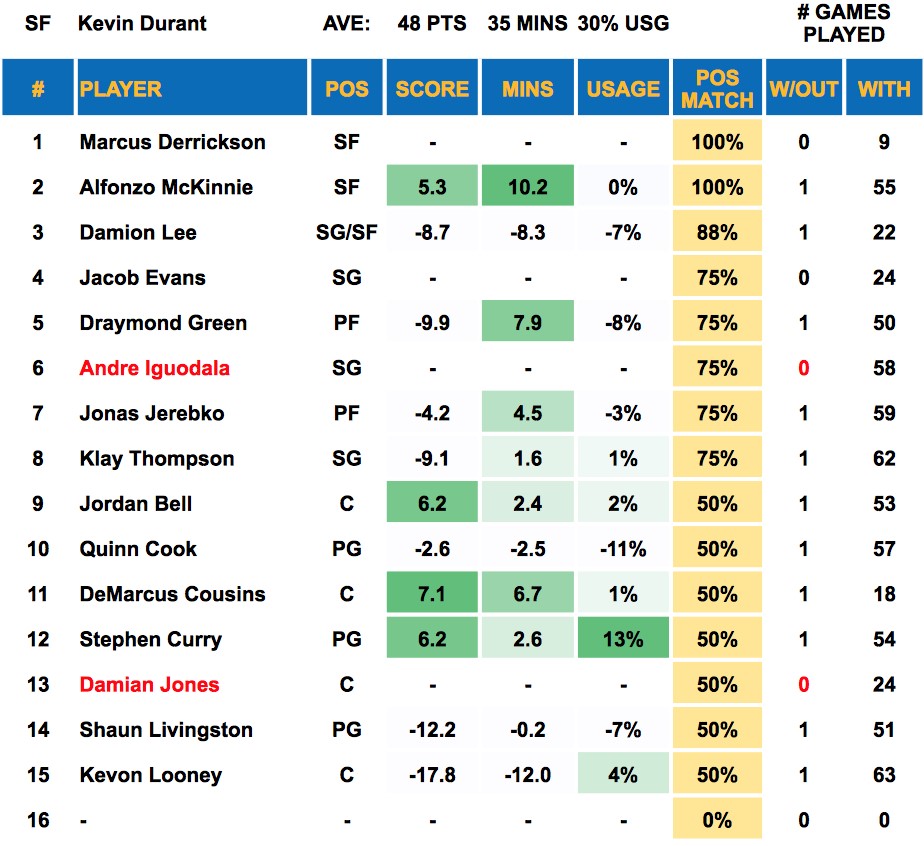 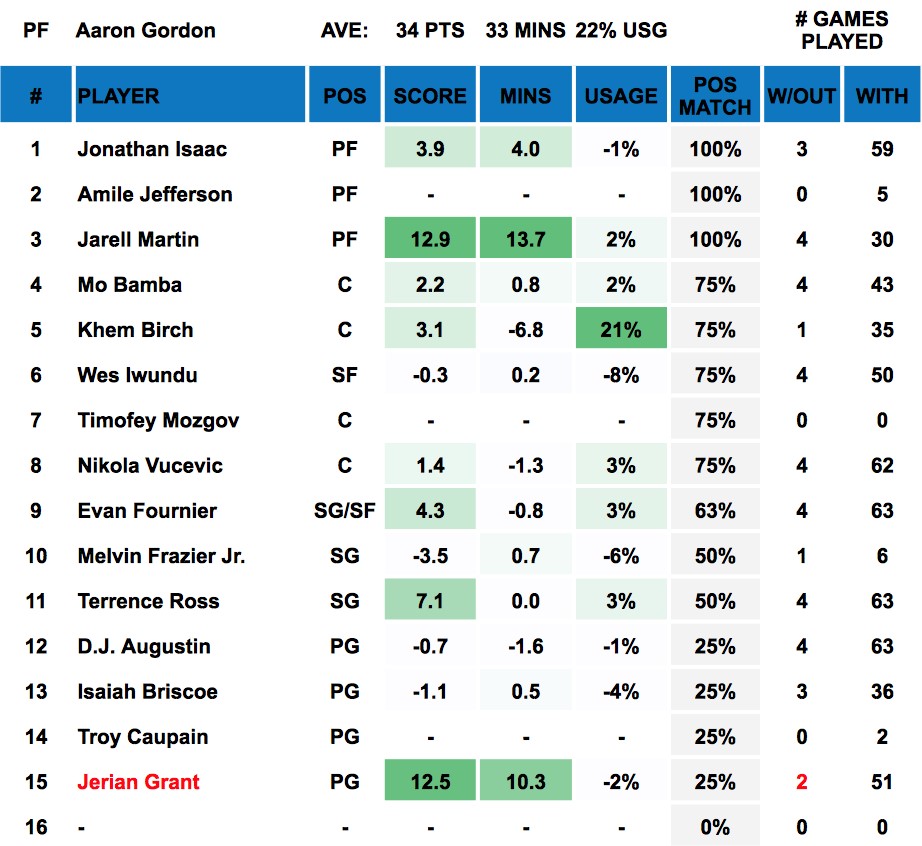 Allen Crabbe (DS $7,400, DK $4,000) should be locked into 30+ minutes on this slate with both Graham and Carroll out. He also brings GPP winning upside when he is given the opportunity as evidenced by his 36 fantasy points last game. On this slate he has the pace up matchup on the slate against the Thunder who have also given up the most points in the league to shooting guards over the last 10 games.

Terrence Ross (DS $8,910, DK $4,900) has an elite matchup on this slate against the Wizards as documented in the game breakdowns above. The Wizards have also given up the 6th most three pointers in the league this season which should play into Ross’s strengths.

P.J. Tucker (DS $8,110, DK $3,800) has had huge games against Golden State, particularly in the playoffs last year as the Rockets go small with Tucker at centre to combat the Warriors playing style. The last time he played the Warriors he put up 18 points and 10 rebounds en route to 46 fantasy points. This ceiling makes him an elite GPP play on this slate.

Mike Conley (DS $15,520, DK $7,800) has been getting all the usage and minutes available recently for Memphis. He has recorded two 50+ fantasy games from his last three and went over the 40 point mark in the third. On this slate he matches up against Atlanta who have given up the most points in the league to point guards over the last 10 games.

Chris Paul (DS $14,200, DK $6,900) should be pumped up for this marquee matchup against Golden State going head to head with Steph Curry. The last game against the Warriors (albeit without James Harden) Paul went nuclear with 59.75 fantasy points and his price has since hit its lowest point since that game.

Draymond Green (DS $11,360, DK $5,900) has seen a clear dip in fantasy output since Demarcus Cousins has entered the lineup. On this slate however Kevin Durant will be out meaning the Warriors will need to lean on Green more for his play making. Green has performed well against the Rockets in past seasons and is price too cheaply on this slate.

Nikola Vucevic (DS $17,120, DK $9,200) is in an elite matchup vs Washington who are ranked 27th in defensive efficiency this season. There is no one on this roster who can matchup with Vucevic, which is evidenced by the fact that Washington have given up the third most fantasy points to centres over the last 10 games. Despite only being a 6 game slate there is plenty of star power meaning you should be able to grab Vucevic at lowish ownership, and if Gordon is out as well Vucevic will pick up additional usage.

Paul George (DS $18,510, DK $9,600) has been in a slump recently as he struggles to overcome his injury. Averaging just 41.6 over his last four games his price subsequently dropped. Despite the injury cloud George still looks to be a great GPP play at this price given he is still capable of hitting a ceiling of 60+ fantasy points (he scored 65 three games ago against Portland). I expect him to bounce back soon and this fast paced matchup vs Brooklyn is a great opportunity.