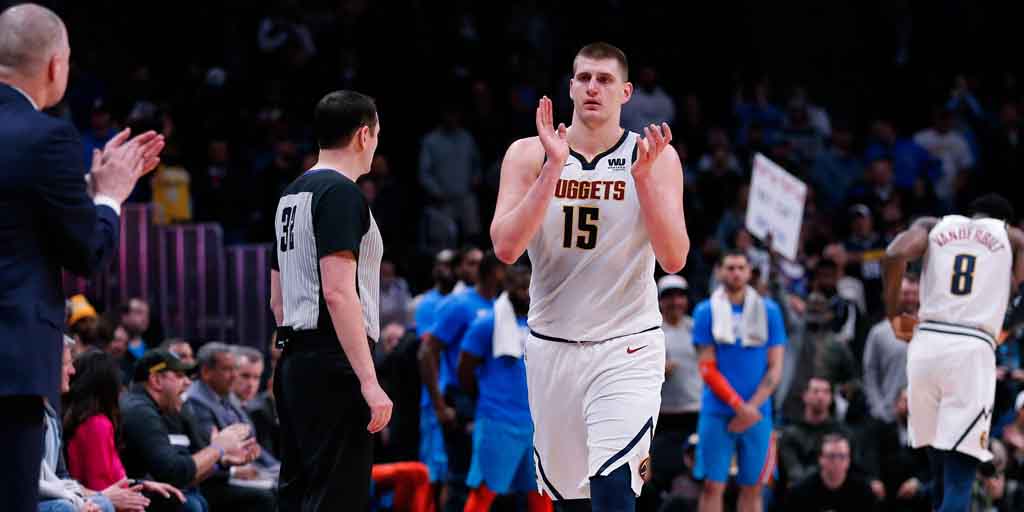 NBA Wednesday (Thursday AEST) has a monstrous 10 game slate for us to work through. The usual major DFS tournaments are on offer:

Just a limitless number of games to target on this slate with 7 out of the 8 games with totals set currently being at 224 points or higher. On slates of this size I love to just put a pen through a selection of games but this slate is making it difficult with the lowest total at 219 points and not one game with a double figure line.

One of my favourite games to target on this slate will be Philadelphia at Chicago which features a 227.5 point total and a line of 5 points indicating that it should stay close enough throughout.

A guilty pleasure game to target will be the full tankathon between the New York Knicks and the Phoenix Suns which has a 225.5 game total and a 3.5 point spread. This is high risk high reward as trying to judge the rotations is always a test, but you are looking at two of the four worst defensive teams in the league going head to head.

There are two games without a total and line set at this point in time as we await injury news. We break down the impact of possible injuries for this slate below.

Boston are in the pace up spot of the night going against the Sacramento Kings who have played at the fastest pace in the league this season. It is the second leg of a back to back for the Celtics which is probably factoring into the 1 point line.

The Utah Jazz have the highest positive differential in their implied total points compared to their season average at +7.6 points and are in the third highest pace up matchup of the slate against New Orleans. Somewhat surprisingly this game has just a 4 point line making the Jazz relatively safe to target from a blowout perspective.

John Collins and Dewayne Dedmon are both questionable on this slate. If both players are out Alex Len (DS $9,660, DK $4,500) will be the biggest beneficiary remaining in the starting lineup and having a reduced threat of losing minutes with the Hawks becoming very thin on the front court. In the last three games without Collins in the lineup Len has had two games over 46 fantasy points before coming back to earth with 9.5 points from 21 minutes in his most recent game.

Treveon Graham is doubtful on this slate. Graham missed the last game and Rodions Kurucs (DS $7,560, DK $3,500) entered the starting lineup and returned 32 fantasy points from 24 minutes of playing time.

Kyle Kuzma is out on this slate and Brandon Ingram is questionable. Rajon Rondo (DS $12,860, DK $6,000) will likely remain in the starting lineup as a result of Kuzma’s injury. He has averaged 43.8 fantasy points over the last four games since entering the starting lineup.

JJ Reddick's (DS $9,910, DK $4,900) price plummeted after a prolonged shooting slump. He broke out of this today hitting 6 three pointers en route to 35 fantasy points. He is still priced too cheap, particularly on this roster with Embiid still out leaving more usage for the rest of the 76ers.

Jae Crowder (DS $9,930, DK $4,700) is locked into around 30 minutes of playing time at the moment and on this slate he draws the Pelicans who have given up the most points in the league to small forwards this season, and 10th most to power forwards. He makes for a great GPP play with 40+ point upside.

Kevin Love (DS $14,280, DK $7,500) / Larry Nance Jr. (DS $10,790, DK $5,900) are both tagged here given there will be splitting of who plays the centre position with Zizic and Thompson out. Both are now logging around 30 minutes and draw one of the top plays in the league against Brooklyn who have given up the second most fantasy points to centres over the last ten games.

Derrick White (DS $10,270, DK $5,400) has been my go to since coming back from injury and he hasn't let me down returning an average of 35.8 fantasy points over his last three games at low ownership. His price has risen some, but I still like his value on this slate especially in cash games. He draws Atlanta who have given up the second most points to point guards over the last ten games (and the most over the entire season).

Nikola Jokic (DS $18,220, DK $10,600) has the top matchup on the slate for the premium priced players against the Lakers. The Lakers have been ranked 25th in defensive efficiency over the last 15 games and have given up the 4th most fantasy points to centres this season. Jokic has GPP winning upside and in this matchup has real potential to hit it.

Ben Simmons (DS $16,350, DK $8,900) has become a lock and load play with Embiid out going for over 50 points in each of his last 3 games. The Bulls are 24th in the league in defensive efficiency and have given up the 7th most points in the league this season to point guards, which is essentially the position Simmons is playing.

Lauri Markkanen (DS $17,610, DK $8,000) has slowed a touch with two straight games under 40 fantasy points. This has primarily been the result of poor shooting going a combined 10/35 in two games. As a result his price has decreased improving his value as he will be due for a regression at some point. On this slate he faces Philadelphia who have been susceptible to power forwards all season. 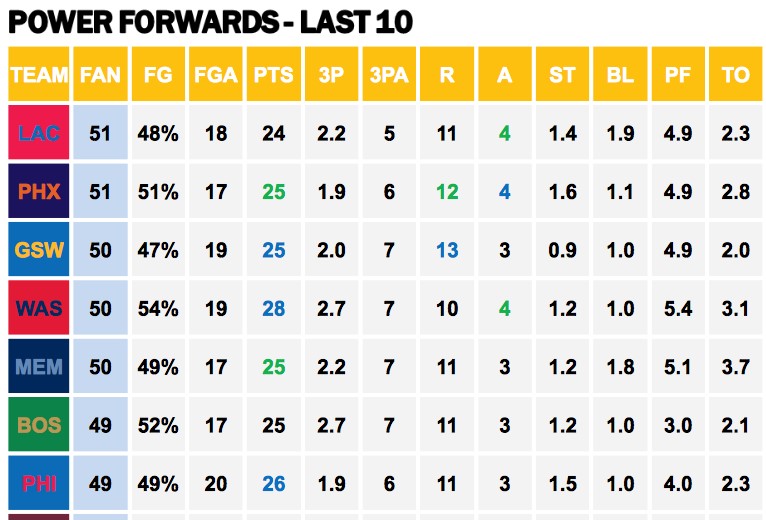