NBA Monday (Tuesday AEST) will bring in the new year with a modest 5 game main slate. Despite the low number of games there are still a wide range of major DFS tournaments are on offer:

The Atlanta Hawks vs the Indiana Pacers and the Orlando Magic vs the Charlotte Hornets are not on the main slate so I will ignore those matchups for this preview.

This five game slate has two games that are yet to have a line and game total set due to awaiting injury news that is covered below. The most attractive game out of these two will be the Minnesota vs New Orleans matchup that I suspect will have the biggest total on the slate when it comes out.

The largest total on this slate is Golden State vs Phoenix at 227 points. The main issue with this matchup will be the blowout potential with the line set at 10 points and the prospect of Phoenix being without Devin Booker.

With the Indiana Pacers match not on the main slate that leaves Dallas as having the biggest pace up matchup of the day vs Oklahoma City. While the Thunder have played at the 4th fastest pace in the league this season I always hesitate to target them given their number 2 ranking in defensive efficiency this season.

The best team to target on this slate looks to be the Minnesota Timberwolves whose pace up matchup is only slightly behind Dallas. They play New Orleans, however, who are ranked 26th in defensive efficiency this season, very attractive for DFS purposes. 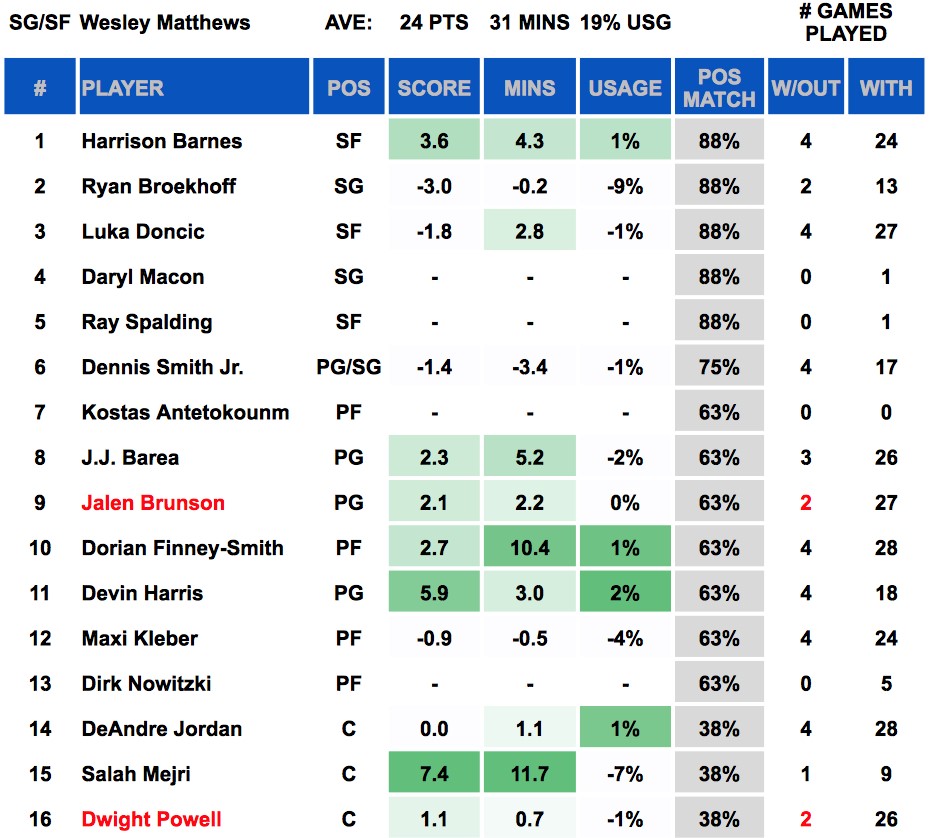 Eric Gordon has been ruled out for the match against the Grizzlies. Austin Rivers (DS $7,290, DK $4,900) has already been named as replacing Gordon in the starting lineup. Last game Rivers played Rivers played 37 minutes and scored 27 fantasy points.

Devin Booker is questionable for the game against the Warriors. In the 10 games Devin Booker has missed this season it has been De’Anthony Melton (DS $7,650, DK $3,500) who has been the biggest beneficiary averaging +12.2 fantasy points from 8.8 more minutes per game. 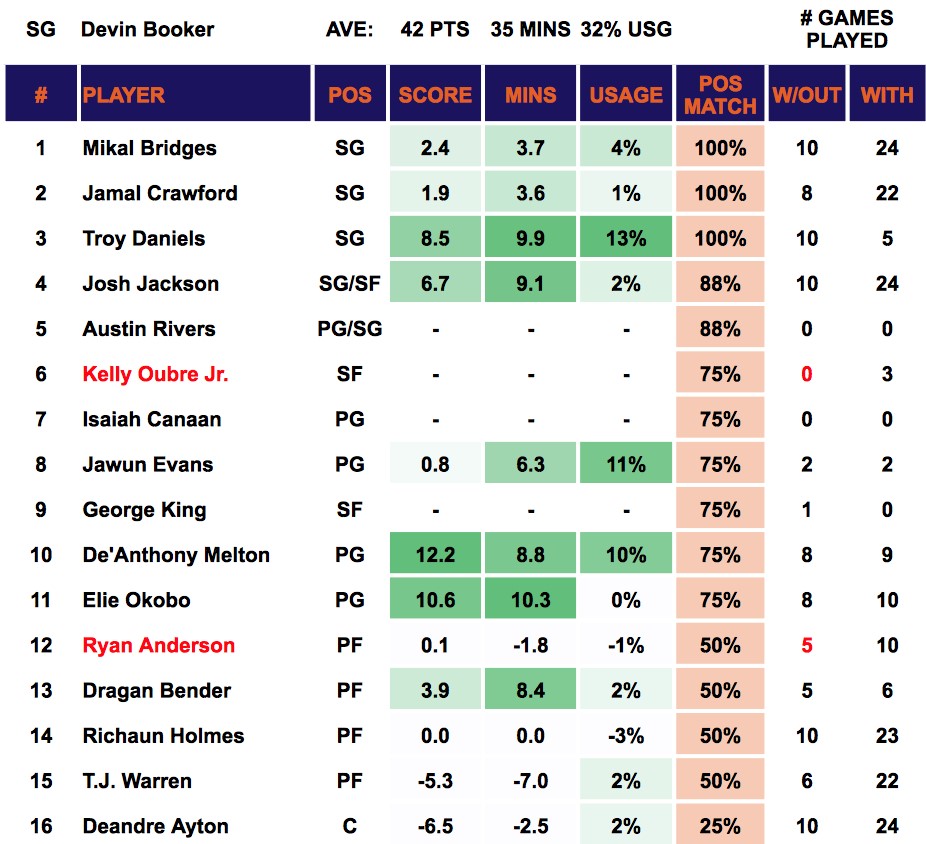 De’Anthony Melton (DS $7,650, DK $3,500) is one of the top value plays on a slate if Devin Booker is out due to the best he gets as mentioned above. He is still playable that looks short on value at the moment given he played 30 minutes during his last game.

Bryn Forbes (DS $9,770, DK $4,200) is my new cash game value play at DraftKings on the slates where no obvious value arises. He is underpriced for someone who plays over 30 minutes per game and brings a floor of around 20 fantasy points. He has also shown 40 point upside this season that can help win a GPP, although on this slate he doesn’t have the best matchup I will lock him in if injuries fail to open up further options.

Tyus Jones (DS $7,700, DK $5,000) is set to be criminally under priced on Draftstars if both Teague and Rose are out. He still offers plenty of value on DraftKings in that situation too. If either Teague or Rose play they would instantly become top plays on this slate as well given the matchup vs New Orleans who have given up the third most fantasy points to point guards this season.

DeAndre Ayton (DS $17,290, DK $7,000) has been an absolute monster lately with two 60 point games in his last four including a ridiculous 33 point 14 rebound performance last game against the 7th ranked defensive team in the league in Denver. This slate he matches up with Golden State who I have been preaching about playing bigs against all season and now slowly the numbers are catching up with the Warriors conceding the fourth most points in the league to the centre position over the last 10 games.

Andrew Wiggins (DS $10,080, DK $5,900) gets the biggest benefit of Teague and Rose being out as highlighted above. I loved him on today's slate and it didn’t work out but his price dropped a little and as I have mentioned before DFS means adopting your best Gordon Gekko mentality… I loved him at $6K, at $5.9K it is an insult. The best part is on this slate he goes from one of the best defensive teams in the league to playing New Orleans who are the 5th fastest team in the league and 26th in defensive efficiency.

Over the past 10 games they have given up the equal second most points to shooting guards in the league. 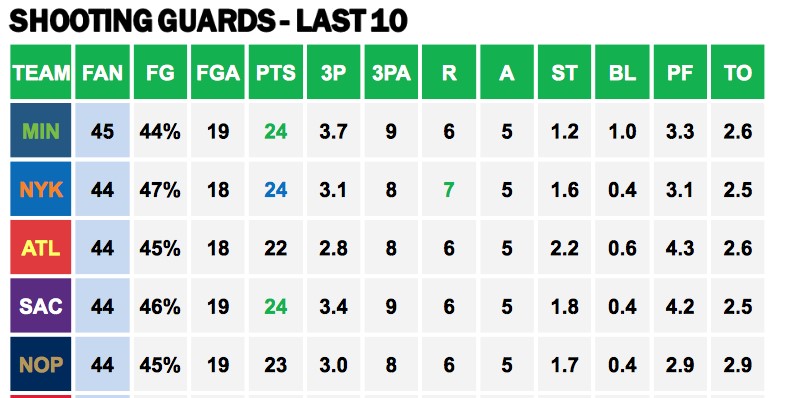 Steph Curry (DS $19,930, DK $9,600) will take on Phoenix who have had an absolute torrid time stopping point guards recently. Last game Jamaal Murray set a career high with 9 made threes and went for over 40 fantasy points. This is the type of matchup where a blow out won’t matter for Steph because he has 50 real points by three quarter time to end the matchup. The Suns have given up the 7th most fantasy points to point guards in the league this season.