This week’s NBA Monday (Tuesday AEST) brings an unusual NBA slate. There are 11 games in total kicking off at 4:30am AEST. Both Draftstars and DraftKings main slate cover 4 games tipping off at 10am with the Miami vs Boston match: 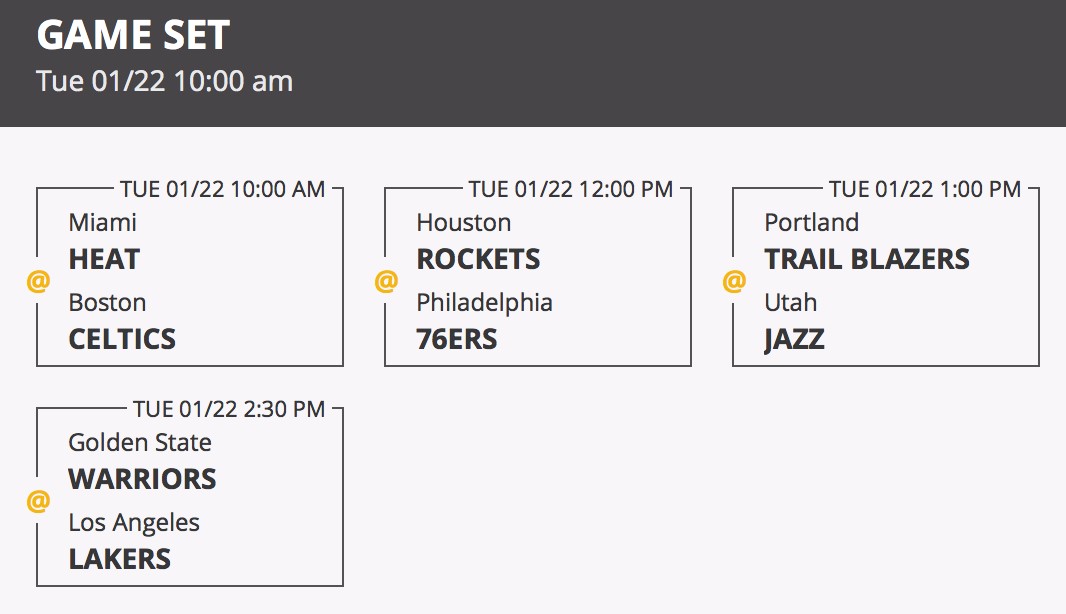 This preview will cover that slate (for the desperados DraftKings are also holding an early slate with 5 early games tipping off at 5am AEST).  The major contests include:

There are two games that stand out of the four on the main slate. These are the Houston Rockets at Philadelphia 76ers and the Golden State Warriors at Los Angeles Lakers, which both have a 234 point total that tops the board. The pick of these two games is the Rockets vs 76ers match as it is expected to remain close throughout with a 5 point line, while Warriors vs Lakers has serious blowout potential.

The other two games will be much less popular, however on a small slate they should not be overlooked as trying to find unique plays will be key especially in major GPPs.

Golden State are amazingly in the pace up matchup on the main slate vs the Lakers who have played at the 3rd fastest pace in the league this season. As mentioned above however the blowout risk is huge in this contest, particularly with Lonzo Ball joining Lebron on the sidelines with an injury.

Houston are the next best option playing against the 76ers who have played at the 7th fastest pace in the league this season.

The major injury news that may impact this slate includes:

In the event only one player is out refer to our play out tool to help make your rostering decisions: 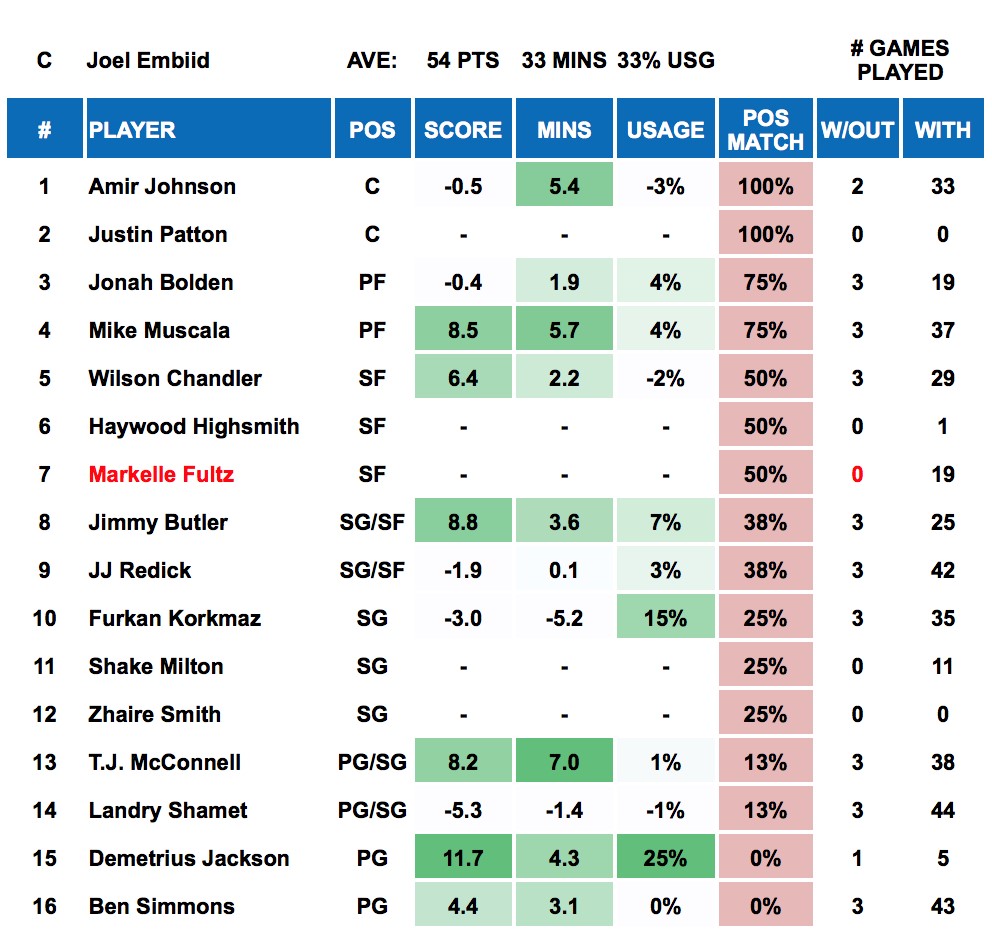 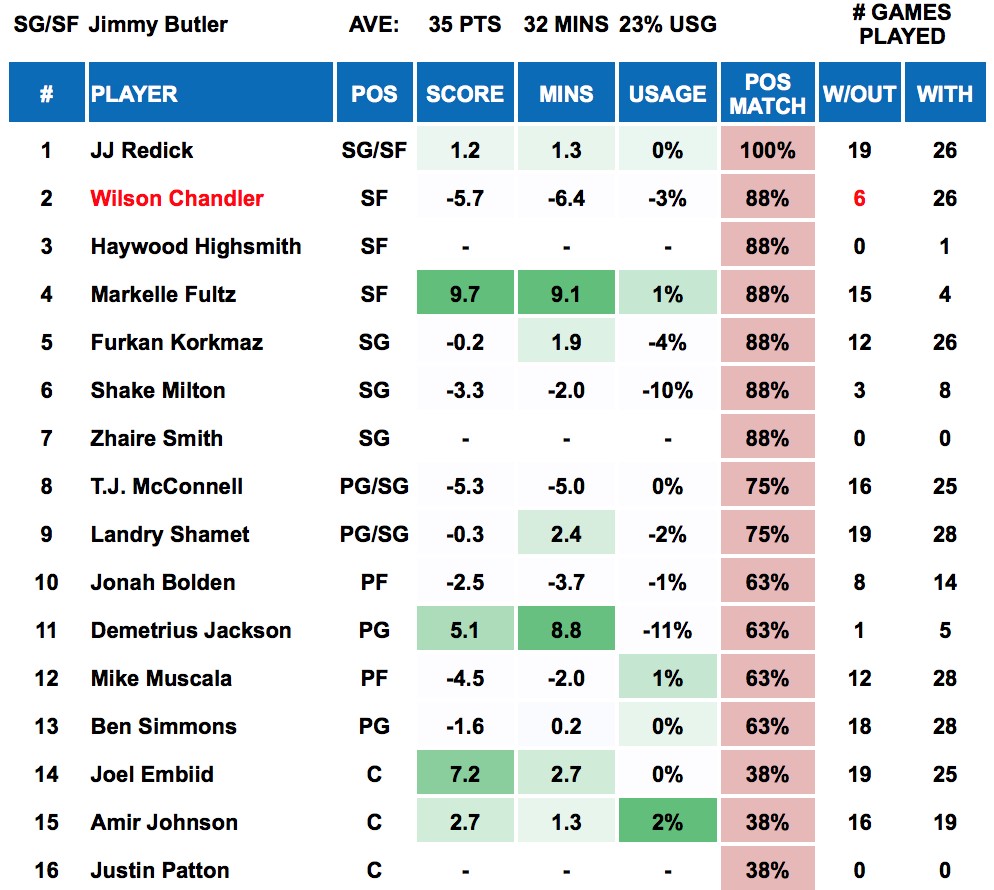 Lonzo Ball is joining Lebron James and Rajon Rondo on the injured list for this slate. Ball has yet to miss a game this season, but with all three of these players off the court this season Brandon Ingram (DS $10,970, DK $6,900) has seen the biggest usage increase of 4.7%, while Kyle Kuzma (DS $15,650, DK $7,600) has seen a 2.2% increase. It is likely that Ingram will assume point guard duties with no other real point guard on the floor. Monitor news to see who replaces Ball in the starting lineup.

PJ Tucker (DS $10,520, DK $5,300) has been playing significantly minutes at the centre position with Clint Capela out with injury. This has increased Tucker’s usage with 12 field goal attempts in each of his last two games, but also his rebounding opportunities, averaging 9.5 per game over this time period. Power forward, Tucker’s primary position, is also an avenue to attack the 76ers as they have given up the 5th most points to the position this season.

Kyle Kuzma (DS $15,650, DK $7,600) will be one of the most popular plays on this slate. He has already been getting all the usage he can handle with James out of the lineup, averaging over 53 fantasy points from his last two games and getting up almost 20 field goal attempts. With Ball now out of the lineup the Lakers will rely on Kuzma even more, he has averaged over +12 fantasy points per 36 minutes this season with James, Rondo and Ball off the court.

Brandon Ingram (DS $10,970, DK $6,900) is expected take over the point guard duties with Rondo, Ball and James out of the lineup. His usage increase of over 5% was noted above with all three of those players off the court. In addition this is the highest game total and paced game on the slate making Ingram one of the top plays on the slate. On Draftstars he is way too cheap and a lock and load play on that platform.

Klay Thompson (DS $14,210, DK $6,400) is a nice GPP play on this slate. I love to attack him when his price is around this mark on DraftKings and when the Warriors are heavy favourites. These typically seem to the be the type of game where Klay can hit his 60+ point ceiling. Throw in the playing in his hometown narrative I am ready to lock and load.

James Harden (DS $29,510, DK $13,200) … by now what more is there to say. Averaging over 80 fantasy points in his last 5 games, he has gone under 70 fantasy points just 2 times in his last 10 games. He has become almost impossible to fade even at this price, which is amazing. On this slate he has a pace up matchup, but in reality Harden is quite simply bomb proof at this point.

Ben Simmons (DS $19,190, DK $8,600) appears to have found his spot in this 76er lineup lately. Averaging over 54 fantasy points per game from his last five games he looks to be seriously underpriced on DraftKings, particularly given the 234 point game total. Furthermore if Butler and/or Embiid are out this becomes an even better play.