NBA Monday (Tuesday AEST) brings a monster 11 game slate to work through. The usual major DFS tournaments are on offer:

Wow! This is the biggest slate we had in a while and there is plenty to digest, and quite simply there will be limitless options.

The top game total on the slate is Philadelphia at New Orleans set at a whopping 238 points. This game also features a line of just 1.5 points indicating it will remain close throughout, making it one of the top games to attack on the slate.

On a slate this size it is critical to narrow down your options where you can and as such I will instantly be putting a line through the Indiana at Detroit that will be a slow paced matchup with the lowest total on the slate of 212.5 points.

There are three games on this slate that are yet to have totals set as we await injury news. From these games Sacramento at Minnesota stands out as an attractive game to target. For a detailed breakdown of the injuries impacting this slate refer below.

Houston are in the biggest pace up matchup on this slate going against Atlanta who have played the fastest pace in the league this season. While the line isn't up yet, given this game is in Houston I would expect significant blowout potential to beware of in this matchup.

Memphis and Minnesota are in the second highest pace up spots on this slate. The Grizzlies lineup is somewhat of a mess right now as they tank towards the end of the season so it is critical to pay attention to who is playing.

Minnesota play Sacramento who are the second fastest team this season and also 18th in the league in defensive efficiency.

Taurean Prince is out on this slate and Kevin Huerter is questionable. Kent Bazemore (DS $9,410, DK $5,400) started in place of Huerter in the last two games and averaged 31.5 fantasy points. With Prince already confirmed out he is likely to remain in the starting lineup and play in excess of 30 minutes.

Luka Doncic is questionable for this slate. Doncic has had a usage rate of 29% across 32 minutes this season so if he is out it opens up significant opportunity for other Mavericks. Jalen Brunson (DS $7,930, DK $3,900) has figured to be the biggest beneficiary this season without Doncic in the lineup averaging +5.3 fantasy points from a 6% usage bump. 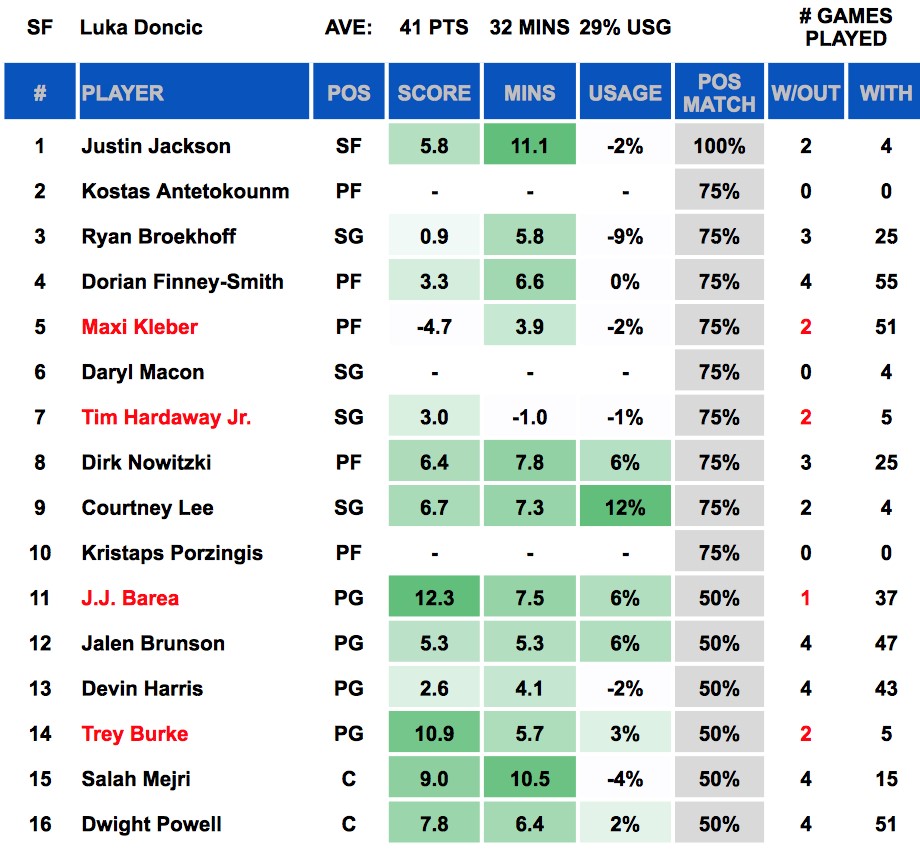 James Harden is questionable on this slate. Chris Paul (DS $17,700, DK $8,300) has been the biggest beneficiary in the four games that Harden has missed this season averaging a massive +13.3 fantasy points from a 6% usage increase. 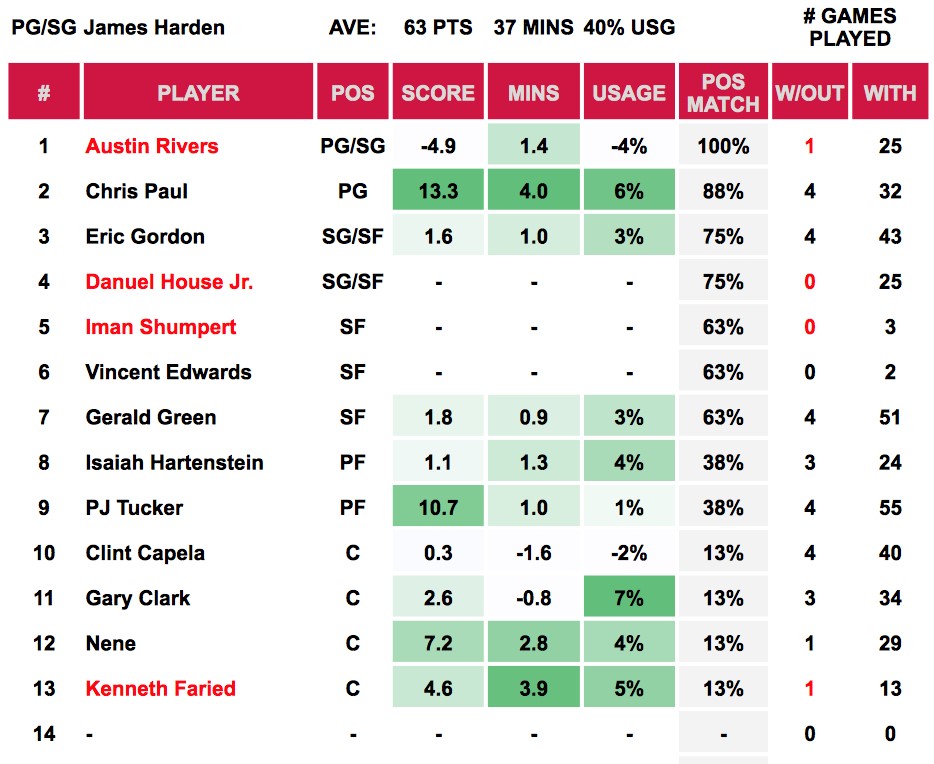 Giannis Antetokounmpo is doubtful for the game on this slate. Eric Bledsoe (DS $11,930, DK $6,400) almost becomes a lock and load play when the Greek Freak is out averaging +10 fantasy points in the four games he has missed this season. 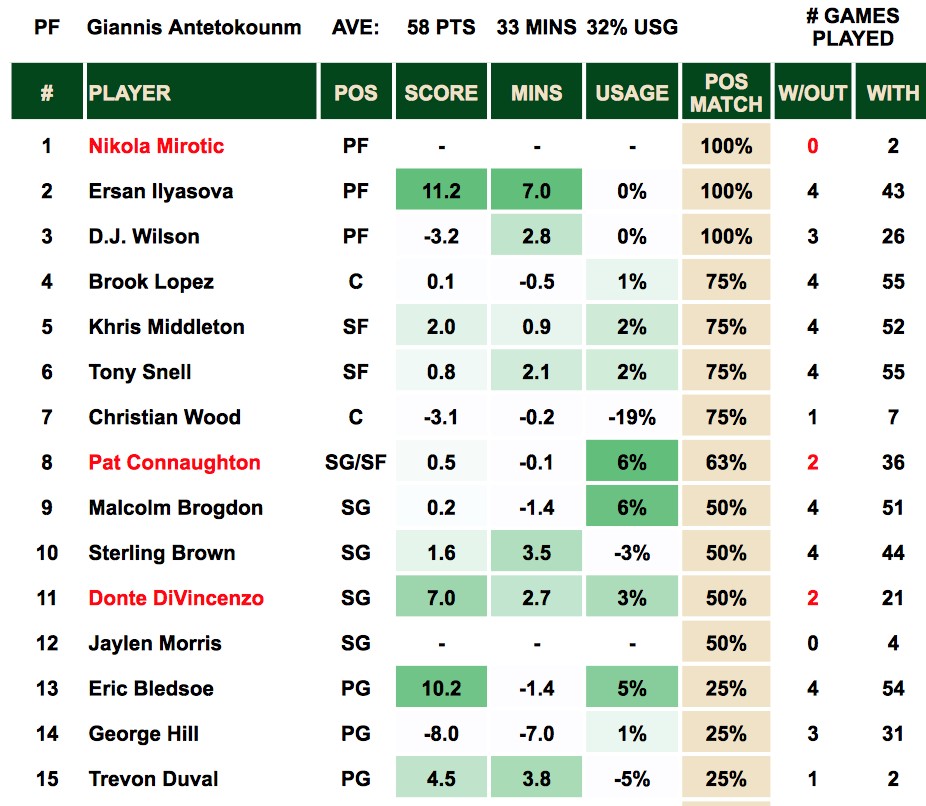 Elfrid Payton (DS $9,880, DK $4,800) is just criminally under priced on DraftKings right now and still offers decent value on Draftstars. He has played 28 and 36 minutes in his first two games returning from injury to average 32.6 fantasy points. On this slate he is in the top game total of the day going against the 7th fastest team in the league.

Al-Farouq Aminu (DS $9,060, DK $4,500) is my cash game value play right now as his minutes have resumed to the regular allotment of around 29 per game. He also brings 40 point upside and on this slate he is matched up against Cleveland who are ranked dead last in defensive efficiency this season.

Kevin Love (DS $13,320, DK $6,900) minutes have steadily increased since returning from injury peaking at 26 last game at which he returned 54 fantasy points. With him expecting around the 30 minute mark next game he is still underpriced for his 1.42 fantasy point per minute average this season.

Ben Simmons (DS $15,530, DK $8,000) is in the perfect matchup to take advantage of Joel Embiid being out on this slate. In the highest game total on the slate he is going against New Orleans who have played at the 5th fastest pace and given up the 4th most fantasy points in the league this season. Simmons price is still unders what it should be without Embiid on the floor and we got a glimpse of this last game where he dropped 52 fantasy points on the slower paced Portland.

Lamarcus Aldridge (DS $14,750, DK $7,500) draws what has consistently been the top matchup in the league for centres this season against Brooklyn. They have given up the most points in the league this season to the position, and the fourth most over the past 10 games. Aldridge price gives him GPP winning upside on this slate.