Four solid games to attack on this small slate with only one game line indicating a blow out in Phoenix at Utah. The top game total on the slate is Brooklyn at Portland at 225.5 fantasy points and should be a popular target with both teams still jostling for playoff position. Philadelphia at Orlando also features two teams with incentive to play hard as the Sixers try and hold onto the 3rd seed while the Magic are still making a run for the final spot in the playoffs.

Portland are incredibly the only pace up matchup on this slate based on the last 10 games. As noted above this should be a popular avenue to target with Brooklyn playing at the 7th fastest pace in the league over the last 10 games.

Utah have the largest implied point differential compared to their season average at +5.7 points, however with a 15 point line it is wise to be wary of the blowout.

CJ McCollum remains out on this slate. In the four games he has missed this season Damian Lillard (DS $19,080, DK $9,900) has averaged a massive +11.6 fantasy points in those games. 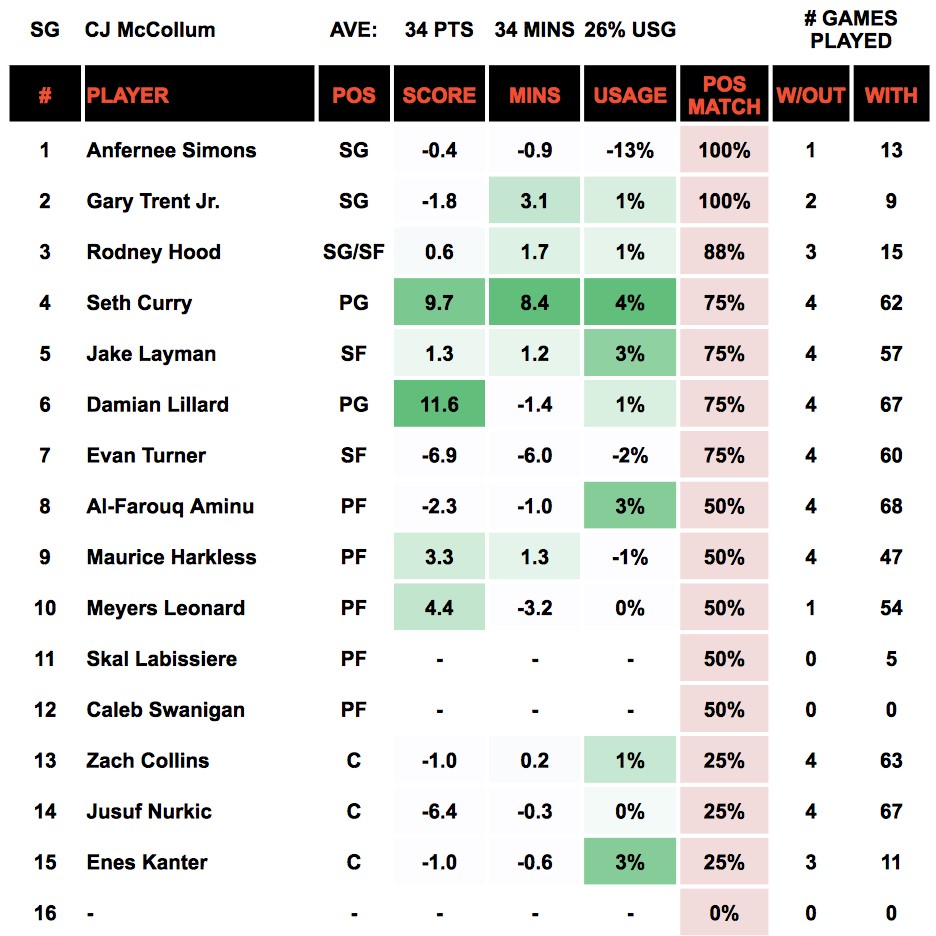 Seth Curry (DS $6,760, DK $3,800) is trending in the right direction over the past two games. Taking McCollum’s position in the starting lineup he has played 30 minutes per game over the last two and returned an average of 28.5 fantasy points.

Jusuf Nurkic (DS $12,780, DK $6,900) has the best matchup in the league for his position. Brooklyn have consistently conceded the most points to centres all season and this trend has continued recently giving up the most in the league over the past 10 games. Portland are also in the top game total on the slate and Nurkic’s price has dipped too far for a player with 70 point upside.

Russell Westbrook (DS $20,470, DK $10,900) has taken the bull by the horns and is trying drag the Thunder back up the standings for the playoffs. He has notched up back to back 66 points games and gone for 66+ points in four of his last 5 games. On this slate he brings the highest ceiling of all the stars and the safest floor matching up against Memphis whose defense has slipped dramatically to below league average over the past 10 games.