This picture just goes to show had much uncertainty there is to deal with in the NBA at this time of year with 6 out of the 9 games yet to have game totals and lines set as we await lineup news. Understanding the impact of this is probably more important than breaking down the games at this point in the ear and we break down the major implications below.

The other sneaky game to attack is Cleveland at Phoenix, which sees the bottom two teams in defensive efficiency this season matchup against each other.

Lauri Markkanen, Otto Porter, Kris Dunn and Zach Lavine remain out on this slate. Trying to decipher the Bulls lineup right now is akin to solving the ‘Davinci Code’. Can I interest you in a bit of Walt Lemon Jr. (DS $10,680, DK $3,000)? Never heard of him you say, well he is expected to start at point guard on this slate and is fresh off a 42.5 fantasy point performance last game (which was his first game for the season). 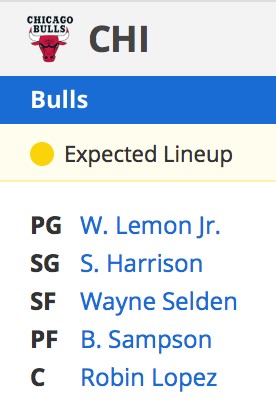 Luka Doncic is listed as a game time decision - “tanking” on this slate. Trey Burke (DS $7,450, DK $4,000) has been the biggest beneficiary in the games Doncic has missed this season averaging +10.1 fantasy points from an extra 6.6 minutes of playing time. Blake Griffin is listed as out on this slate. Andre Drummond (DS $17,560, DK $9,700) should come into rostering considerations averaging +7.3 fantasy points in games Griffin has missed this season. 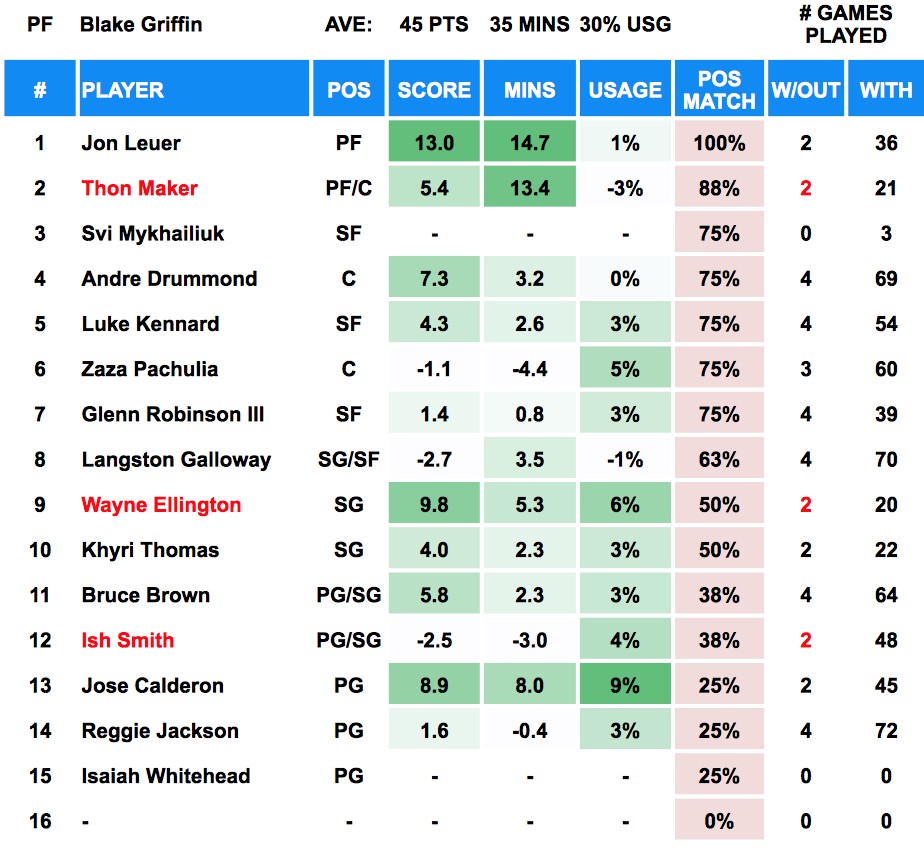 Khris Middleton and Giannis Antetokounmpo missed today’s game and are game time decisions on this slate. If both are out Eric Bledsoe (DS $12,890, DK $7,600) should receive a massive usage bump and monitor the expected starters for value. 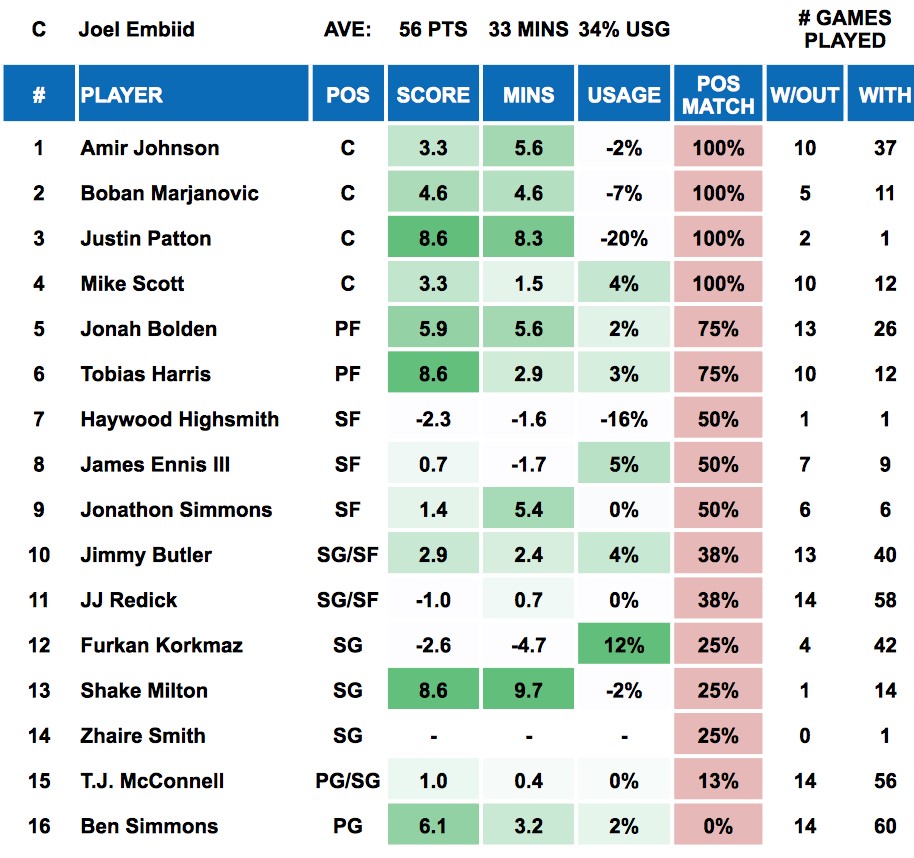 Deandre Ayton is out on this slate. Dragan Bender (DS $7,550, DK $4,300) will take the starting position if Holmes is out as well (currently game time decision). Bender has averaged +11.4 fantasy points in the 6 games Ayton has missed this year. Jonah Bolden (DS $5,650, DK $4,500) will be starting and playing around the 30 minute mark with Joel Embiid out as mentioned above. Bolden has averaged 0.95 fantasy points per minute this season making him too cheap for the level of workload he will receive.

Tristan Thompson (DS $10,220, DK $4,100) is close to a lock and load play on this slate, especially if Kevin Love is out. Thompson’s minutes have increased since returning from injury peaking at 26 minutes and 28 fantasy points last game. On this slate he will matchup against Dragan Bender and the Suns have given up the 5th most fantasy point sin the league to centres over the last 10 games. 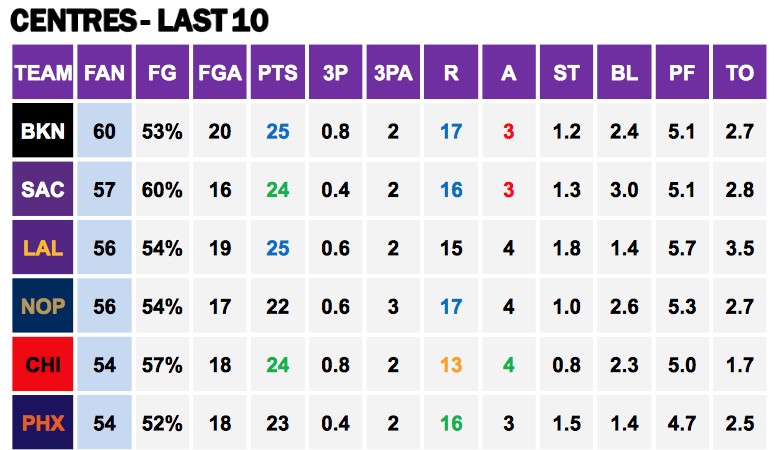 Tobias Harris (DS $13,110, DK $7,400) has had the biggest increase in fantasy scoring of the remaining stars with Embiid out this season (as mentioned above). He is also priced at the cheapest of the three and brings 50 point upside in a matchup with the tanking Dallas Mavericks.

Devin Booker (DS $20,660, DK $10,100) is just impossible to ignore in his current form. This time of the season is Booker time (not a compliment) and we have all seen in the past the upside he can bring when the air is totally out of the season. Booker has averaged 61 fantasy points over his last 5 games and on this slate played the worst defensive team in the league (30th in defensive efficiency) in the Cavaliers who have also given up the 5th most points to shooting guards over the last 10 games. Karl Anthony Towns (DS $18,530, DK $10,400) has been down recently by his standards not topping the 50 point fantasy mark in the last three games. He is my sneaky play on this slate however, bringing his 70+ upside and going against one of the worst defensive bigs in the league in Enes Kanter.