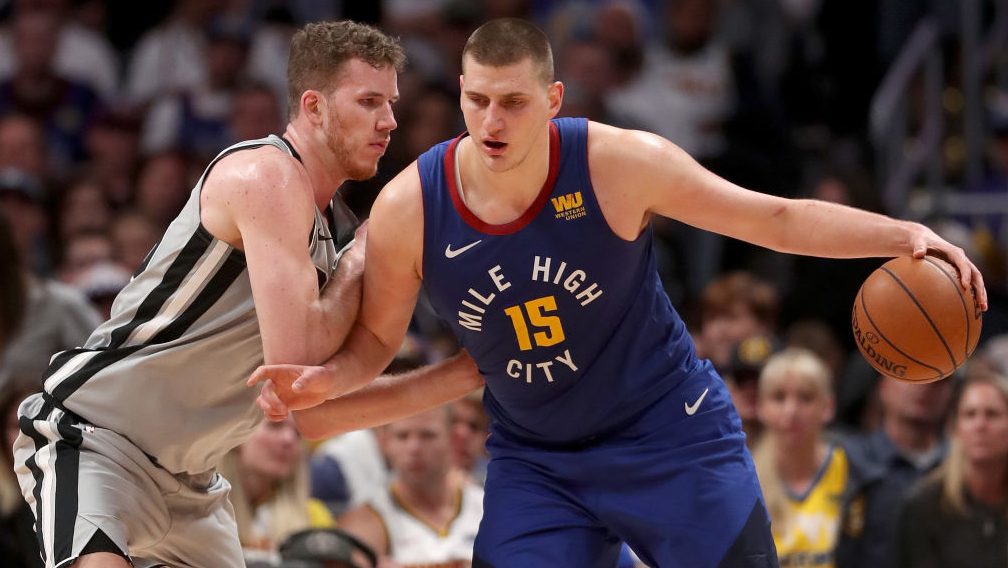 Philadelphia at Toronto has the highest game total of the two games on the slate at 220.5 points. This is only slightly above Portland at Denver, with both games expected to remain close, which is no surprise at this stage in the playoffs.

There is only one team on the slate with a pace up matchup and that is the Toronto Raptors, matched up against the 76ers who have played at the second fastest pace in the playoffs. Both Philadelphia and Portland are expected to score over 8 points below their implied total.

The major injury cloud on this slate is over Portland’s starting centre Enes Kanter who is questionable for this slate. If Kanter sits on this slate he will likely be replaced in the starting line up by Zach Collins, while Meyers Leonard would also see an increase in playing time.

Collins has averaged 0.88 fantasy points per minute this season and if Kanter is out he will be a lock and load play on this slate.

Gary Harris (DS $8,380, DK $4,900) continues to play over 30 minutes per game through the playoffs. He has been very consistent in the range of 20-30 fantasy points making him a solid play for all formats on this slate.

Al-Farouq Aminu (DS $7,860, DK $4,300) is another player who is locked into 30 minutes of playing time every night. His lowest score during the Oklahoma Thunder series was 19.75 points and he brings an upside of 40 points, which is enough value to win you a GPP at this price point.

Nikola Jokic (DS $19,250, DK $10,000) was an absolute monster to close out the round 1 series against the Spurs. Posting a massive 77.5 and 62.25 fantasy points in game 6 and 7 he has been justifiably priced way up. He still offers safety on this slate with the Trailblazers trotting out Enes Kanter, if healthy, one of the worst defensive centres in the game. The entire offense runs through Jokic, that combined with a positive one on one matchup bring his massive 80-90 point ceiling into play.

Kawhi Leonard (DS $16,170, DK $9,000) is simply priced too cheaply. Going for over 50 fantasy points in three of his last five games, including a game 1 performance for the ages against the 76ers notching up 69.75 fantasy points. This is a rare pace up matchup for these playoffs against Philadelphia and it is clear that Jimmy Butler and Ben Simmons are going to struggle to contain him in the series. 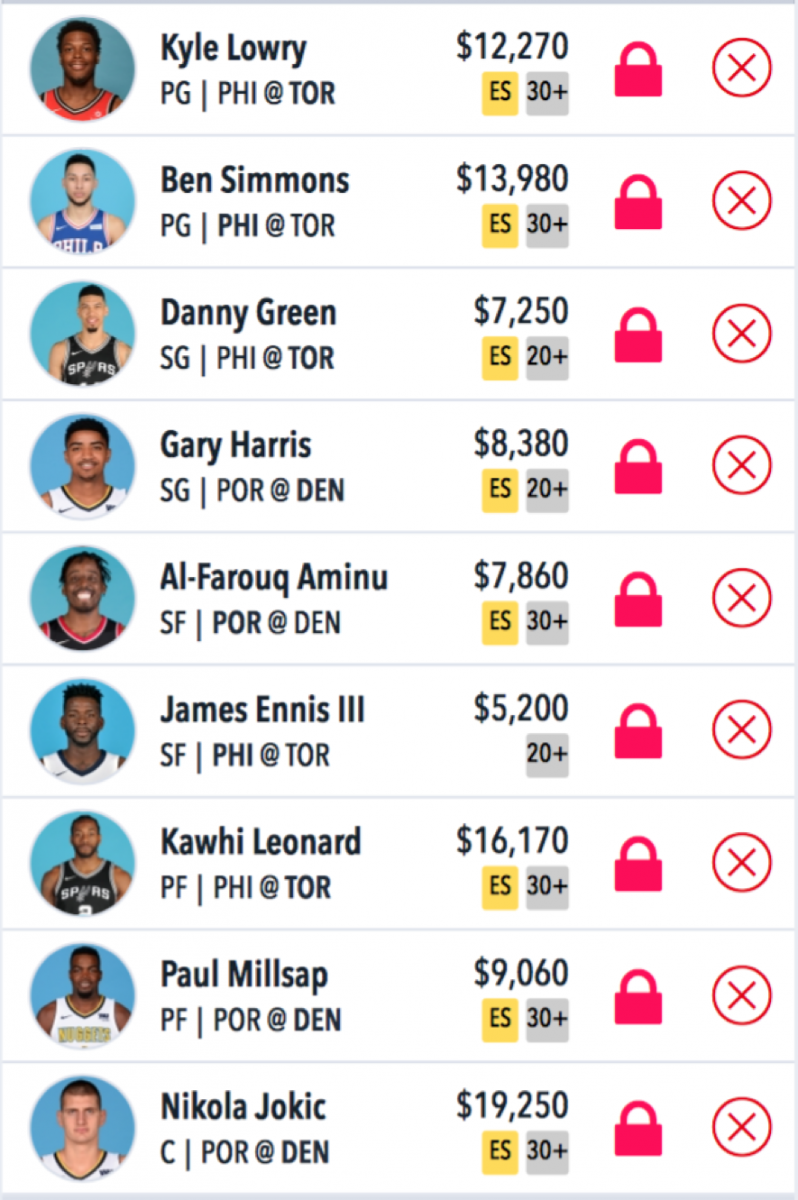