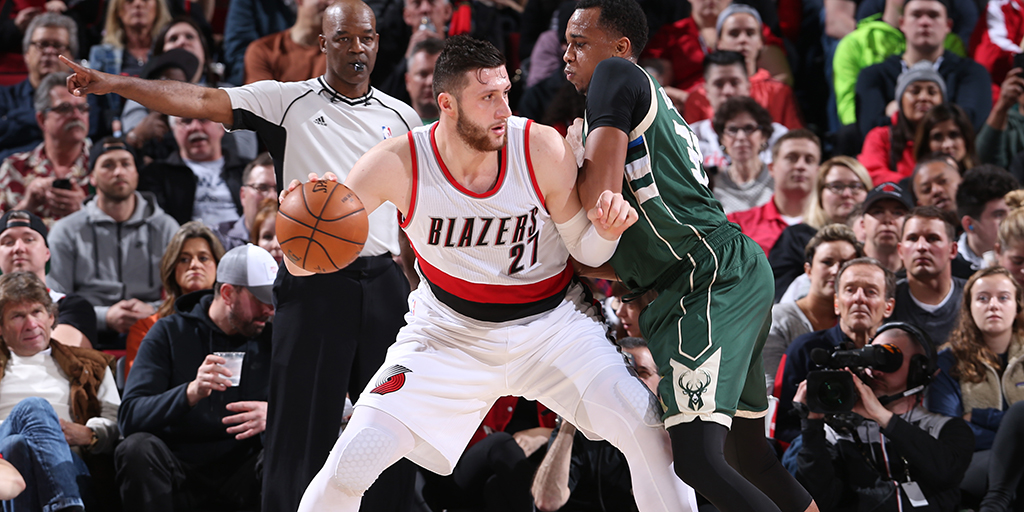 This slate is light on in terms of game totals with the highest being 224 points for Orlando at Sacramento. While this matchup should still be looked at from the Orlando Magic point of view it is essentially a lower game total than you would typically see for the Kings.

Utah at Milwaukee is second highest and is another game where we are seeing a fast pace team clashing with a slower pace team as we will get to below.

There is just one game on this slate without a total and line set as yet as injury news is still developing, Los Angeles at Dallas. This game should be one of the highest totals on the slate and will worth investigating.

As alluded to above the Orlando Magic have the top pace up matchup of the day going against the Sacramento Kings who have played at the second fastest pace in the league this season. Orland also have the highest positive differential in their implied point’s total compare to their season average so they should be in a smash spot on this slate. Just note however they are on the second leg of a back to back.

Dallas have the second best pace up matchup against the Lakers. As noted above the total is yet to be out for this matchup, however it is worth noting that the Lakers are ranked 8th in defensive efficiency this season.

The sneaky team to roster on this slate given they are involved in the lowest game total will be the Memphis Grizzlies who face New Orleans. The Pelicans are the 5th fastest team in the league this season while being ranked 26th in defensive efficiency.

There is very little major injury news that will impact this slate currently. Note that Kyrie Irving is expected to play for the Celtics and that Kyle Kuzma missed today’s game for the Lakers and might be out again on this slate.

DJ Augustin (DS $11,100, DK $4,600) has seen a price increase recently after a 5 game run of averaging 32.8 fantasy points from 32 minutes. He brings 40 point upside at this price which is certainly GPP viable at his DraftKings price and has a great matchup vs Sacramento who have given up the 4th most fantasy points in the league to point guards this season and the most over the last 10 games.

Bryn Forbes (DS $8,910, DK $4,400) has become my guard cash game value play whenever I am in need. He has had just 2 games under 20 fantasy points from his last 10 and also flashed 40 point upside this season making him GPP viable as well. He will be a unique play on this slate.

Wesley Matthews (DS $8,250, DK $4,400) is more of a GPP play at this point but he is still averaging 30 minutes per game on the year and will matchup against the Lakers on this slate who play at the third fastest pace in the league and have given up the second most fantasy points to shooting guards.

Spencer Dinwiddie (DS $10,500, DK $5,800) price has come way down recently as he has cooled off some and Russell has found the hot hand. This now puts him right in the price range where his upside (60 points this season) can win you a GPP. He will also be a unique play on this slate given the matchup and recency bias.

Aaron Gordon (DS $11,780, DK $6,700) is priced perfectly for this matchup where pretty much everyone from Orlando is in a smash spot. The Kings have given up the fourth most points to power forwards over the last 10 games and Gordon has also been in solid form lately topping the 40 point mark in 2 of his last four contests.

Bogdan Bogdanovic (DS $11,500, DK $5,300) has been priced down even further for this slate despite a 40+ point outing last game. There is nothing that screams out matchup wise vs the Magic who play slow and have been solid defensively this season. That said, Bogdanovic has been my secret weapon this season, averaging just under 35 fantasy points from his last 5 games and playing over 30 minutes. He is a must play at this price.

Jaren Jackson Jr (DS $10,710, DK $5,800) has refound his touch recently notching up 43, 29 and 32 over his last three games. On this slate he has arguably the best matchup of all those games against the Pelicans who as we touched on above play at the 5th fastest pace in the league this season and are ranked 26th in defensive efficiency.

Al Horford (DS $11,080, DK $5,600) is another mid ranger who is under-priced on this slate. He will only get around the 25 minute mark, however in the two games he has gone for 31 and 36 fantasy points (albeit without Kyrie in the line-up) and on this slate he gets the top matchup in the league for centres against the Brooklyn Nets.

Mike Conley (DS $13,130, DK $7,500) / Marc Gasol (DS $13,810, DK $7,000) are both priced down for this up-tempo matchup against the Pelicans. See above for the more intricate details regarding the matchup but these two can have limited upside so playing them in the same line-up may not be advisable, particularly for GPPs.

Conley has the better individual matchup with the Pelicans giving up the third most points in the league to point guards this season.

Nikola Vucevic (DS $18,070, DK $9,500) went next level today with a monster 16 points 24 rebounds 8 assists game against the LA Clippers. Now he rolls right into a matchup with Sacramento who have given up the most points in the league to centres over the past 10 games.

My only hesitation on Vucevic will be how he backs up. Which brings me too…

Jusuf Nurkic (DS $17,460, DK $8,000) who is cheaper, rested, and in a similar vein of form with just one score under 40 in his last six games, including an 80 point explosion (against Sacramento). As you can see above Nurkic also draws a dream matchup on this slate against the New York Knicks who are splitting their centre minutes between Enes Kanter and Luke Kornet. Thank god for the ability to roster two centres at DraftKings.