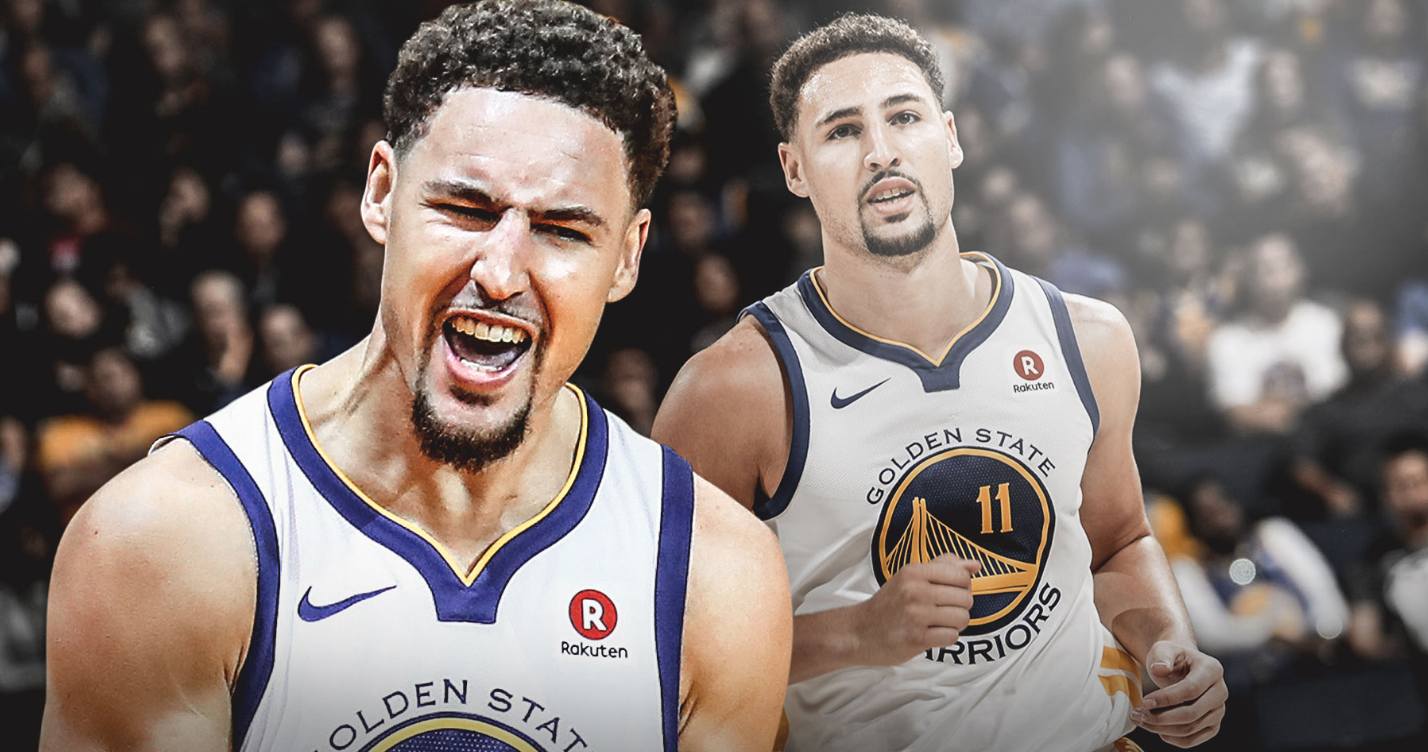 NBA Tuesday (Wednesday AEST) sees us get the conference finals underway after what was one of the best second rounds of the playoffs in NBA history. Games are every other day through the conference finals, with this slate kicking off the West finals between the Golden State Warriors and Portland Trail Blazers. The major DFS tournaments on offer include:

Just the one game to analyse on this slate, however it is still worth considering who has the best of the matchup. The Warriors are significant favourites at home and are implied for a game total that is 4.5 points closer to their season average than the Trail Blazers, making them the better team to target on this slate.

Kevin Durant and Boogie Cousins are both still out with injury to start this series. Andrew Bogut will likely start at centre, however he played just 12 minutes in game 6. Rather it is Kevon Looney who picks up the majority of the minutes playing 20+ minutes in games 5 and 6 of the series against the Rockets.

In the four games Durant has missed this season it has been Alfonzo McKinnie and Klay Thompson who have been the biggest beneficiaries according to our player out tool. 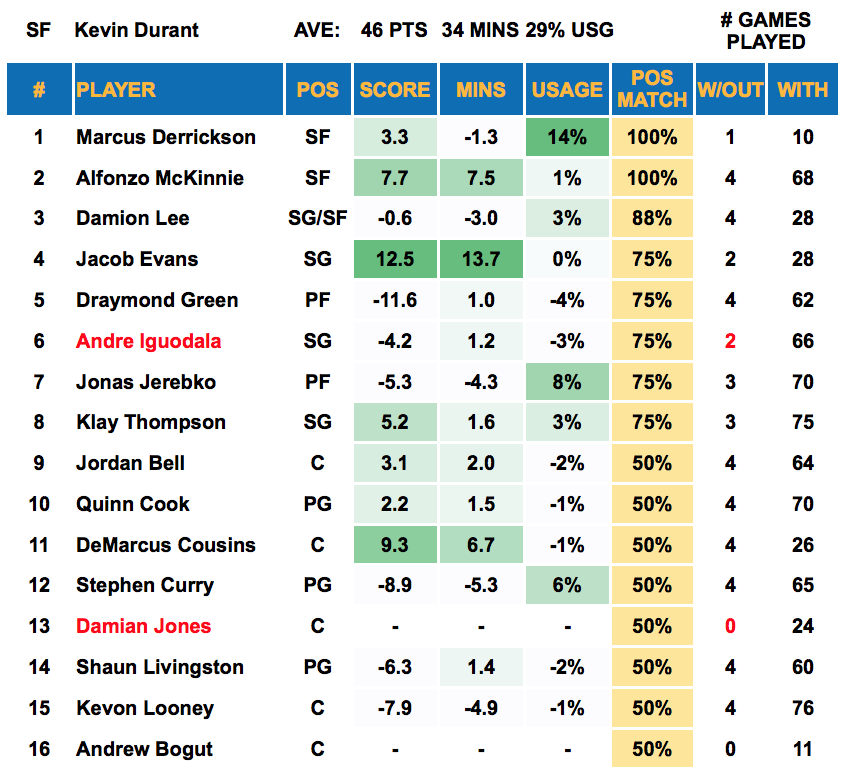 Kevon Looney (DS $5,050, DK $3,600, MB $5,000) is the safest cash game play on this slate with the current state of the Warriors lineup. He is a lock and load play on Draftstars and DraftKings priced at near the minimum. Looney has consistently played 20+ minutes over recent games, a trend that will continue with no Durant and Cousins. During the last two games he has averaged over 23 fantasy points per game.

Zach Collins (DS $8,900, DK $8,400, MB $6,000) is more of a sneaky play on this slate. At his price points he should be relatively low owned for a single game slate, however in this series he is likely to get more opportunity. Kanter is battling an injured shoulder and the Warriors present a terrible matchup for him running high pick and roll for shooters like Curry and Thompson. Collins will be more mobile at switching in these situations. Over the past three games in the Western Conference Semifinals, Collins averaged 24 minutes and 26.5 fantasy points.

Klay Thompson (DS $12,100, DK $12,600, MB $8,000) will be one of the biggest beneficiaries of Durant being out in the early games of this series. His price is yet to hit the level it should, with him averaged over 40 fantasy points over the last two games. During the season, as noted above, Thompson averaged +5.2 fantasy points during the games that Durant missed. 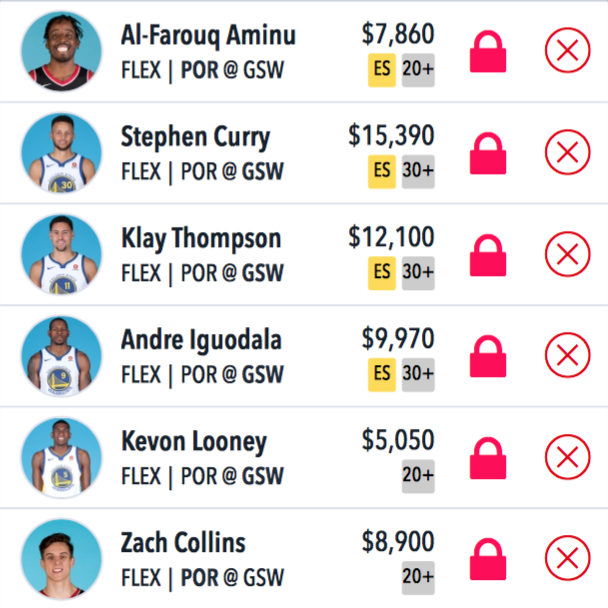