The first Sunday slate of the year brings a manageable three game slate to sink our teeth into. The major tournaments across the industry include:

On this slate we have the top two teams for points conceded in the Gold Coast Suns and Fremantle Dockers, in addition to St Kilda who gave up the 5th most. This opens up several teams to attack with the only team considered stingy in terms of fantasy points last season being Essendon who gave up the 5th fewest.

There is no surprise to see that Gold Coast gave up the most points in the league to opposition midfielders last season and there is nothing that has happened other the off season to suggest this will change in 2019. They had a real gap in terms of points they gave up to the top 3 scorers, giving up 5 points per game more than the next team.

The only position you couldn’t target Gold Coast last season was in the ruck. On this slate it is Gold Coast’s opponent St Kilda who gave up the most points to the position conceding 99 points per game to number 1 rucks.

The obvious team to stack on this slate is St Kilda who are facing the easiest team to score against in 2018 and are favoured to win by 25.5 points. 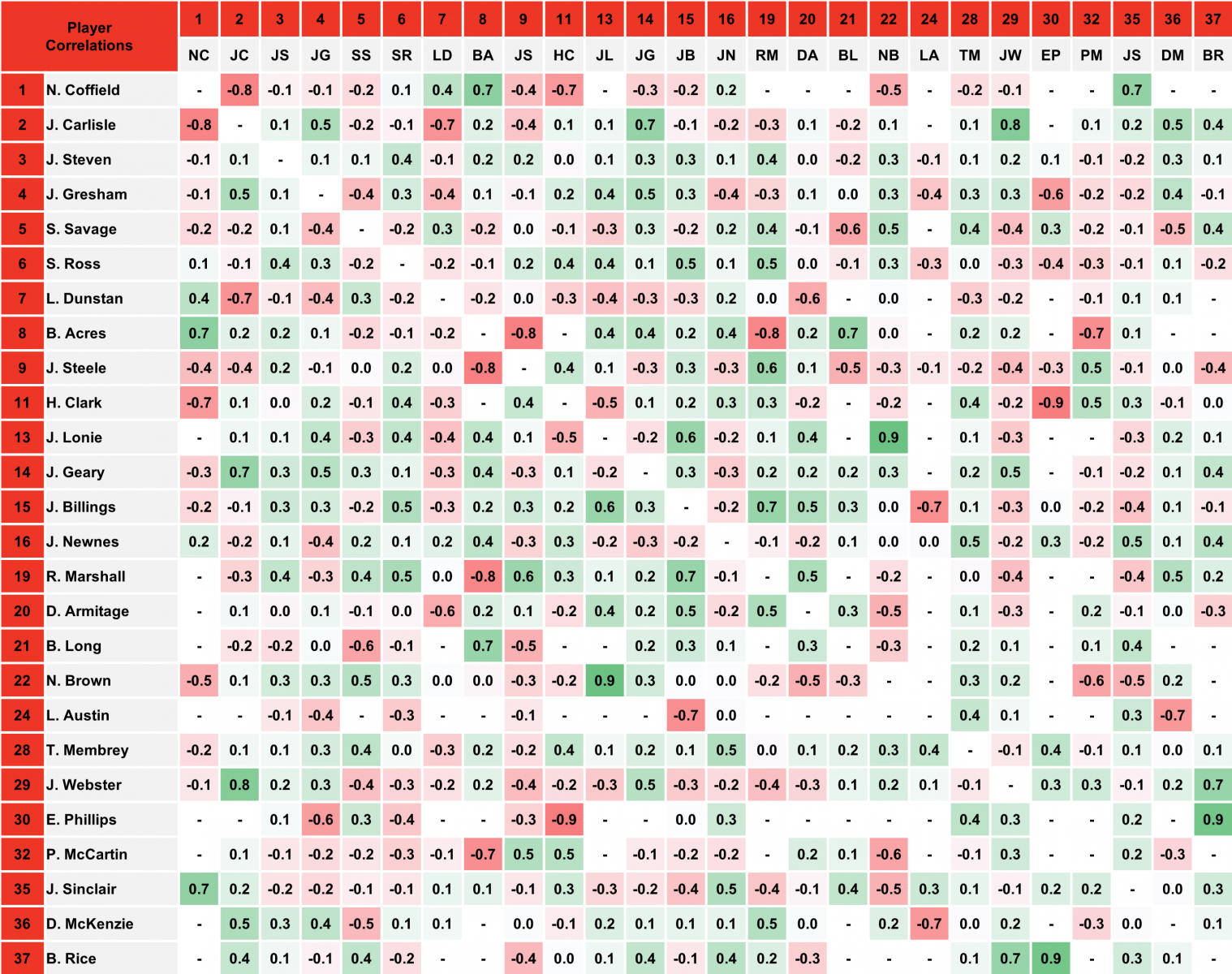 Sebastian Ross will be a likely starting point for most St Kilda stacks and he correlated strongly in 2018 with St Kilda’s other star midfielder Jack Steven at positive 0.4. Jack Billings is another that can be added in, positively correlating with Ross at a massive 0.5.

Harry Perryman (DS $7,670, MB $4,500) has been earmarked as a player to move into the midfield this season after the loss of Dylan Shiel. Perryman played through the middle in JLT averaging 84 fantasy points from two games and or the Giants are without stars Josh Kelly and Callan Ward on this slate. He is my lock and load value play on this slate.

Pearce Hanley (DS $7,620, MB $5,900) has far too much upside for his price point on Draftstars. Hanley played just three games last year and only got through two injury free, in which he scored 67 and 90 points. In JLT he played in just one game and managed 54 points from just 54% game time. On this slate he has an ideal matchup to reach his upside against St Kilda who gave up the 4th most points to backs in 2018.

Dom Tyson (DS $9,600, MB $5,800) change of clubs to North Melbourne has opened up the opportunity for more time as an inside midfielder, which is the position he was originally drafted for. In past years he has shown the capability to average 90+ when playing the correct role. In two games of JLT he averaged 80.5 points from just 64% game time.

Sebastian Ross (DS $16,230, MB $10,000) averaged a massive 107 fantasy points last year and on this slate he has the dream matchup against the Gold Coast who as discussed above gave up the most points in the league to midfielders last season. Last year Ross scored 137 in the single match he played against the Suns.

Jarrod Witts (DS $13,320, MB $8,100) has one of the top matchups in the league on this slate for a ruck as noted above. Witts showed upside of 130+ last season, which is GPP winning upside at this price point.

The Dragon has also picked out a lineup for the Sunday $2 Mini - feel free to use it as a starting point for your own lineup and adjust to your liking! The Dragon's team on Saturday came 25th out of 1136 teams in the $2 Mini, returning a $9.89 dividend. 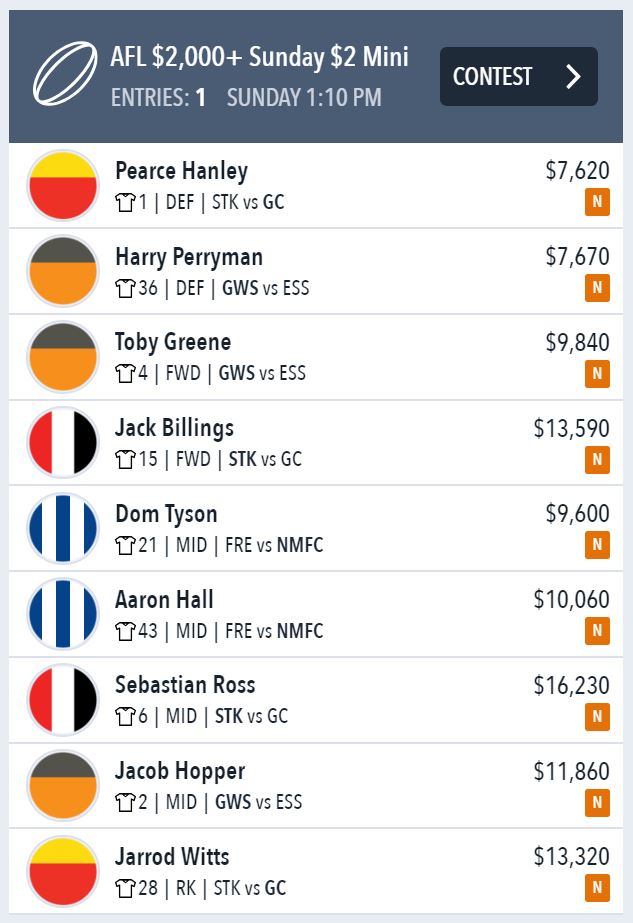